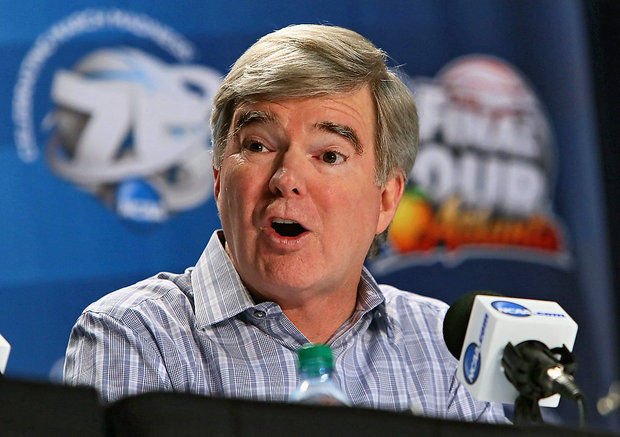 Since the introduction of new legislation to the public initially in Indiana but also now more recently in Arkansas, the NCAA has had the public hot on their heels as new protests have demanded that the prestigious Final Four — the concluding games of the annual March Madness NCAA Tournament — be moved out of Indianapolis.

The NCAA head quarters are also located in the state of Indiana.

Opponents of the new legislation have called it homophobic, discrimination in a new light, and a plethora of other things that are simply taking the law too far and out of it’s original, intended meaning.

And before you get mad at me for making that statement, take a minute to hear my case.

Businesses, from the get go, that are started in the United States of America have the right to be privately owned. Under private ownership, said owner or owners should be allowed to have full discretion — notice I didn’t say discrimination, there’s a difference — over what happens to the goods they are offering to the public.

Yes, I understand that businesses are not individual people, but that’s not the point of my argument. I would never try to argue that a venue with goods and services is one-hundred percent equal to a living, breathing, beautiful human being — but what I am saying is that things are starting to turn for the worse, and it’s a bit scary.

Almost all of the sudden in America, things must continually be politically correct. Instead of trying to grow a thicker skin and begin to understand that people may not see things exactly as you do — which is okay, again, we’re human — we see one side telling the other how unforgiving and intolerant they are while the people behind those statements are being intolerant and inconsiderate themselves.

It’s like we’ve turned  a blind eye to the mirror in our bedroom.

Now, sure, going out of your way to make assumptions about people isn’t okay, but neither is recent comparisons to above legislation to the actual discrimination that African-Americans had to face not too long ago. There are no straight lines and gay lines. No straight bathrooms versus gay bathrooms. Schools are not going to be segregated by straight and gay.

It. Is. Not. The Same. I can’t stress that enough.

Until we the people really begin to understand more of the real world that we live in, the chances of things ever changing for the better go out the window. The NCAA has threatened to move future big college basketball and other events out of the state of Indiana, but when you claim to stand with the oppressed but fail to pay student-athletes that take so much time out of their lives to make you and your association billions of dollars, I don’t want to hear it.

And neither should you.