The NFC East’s Philadelphia Eagles currently sit at 5-4 going into Week 11 of the 2019 season. Riding a two-game winning streak, Philly will face the 8-1 New England Patriots at home on Sunday. The meeting will be the first between the teams since the Eagles defeated the Patriots in Super Bowl LII.

A few weeks ago, things were looking bleak for a Philly squad with high hopes coming into the season. Fresh off of two straight bad losses (including one to the division rival Dallas Cowboys) and coming up on a road matchup with the 5-1 Buffalo Bills, the Eagles were faced with the very real possibility of a lowly 3-5 record halfway through the season.

Philadelphia was able to bounce back. A 31-13 victory over Buffalo and a 22-14 win over the Chicago Bears have revived the team’s playoff hopes, and even with some injuries to key players, the Eagles are comfortably tied with Dallas for first place in their division. Philly’s remaining schedule is tough, but in the relatively weak NFC East, they certainly do not have to win every game to sneak into the postseason. Here’s a look at the team’s remaining schedule along with their opponents’ current records:

More than likely, the Eagles will need to win the four ‘gimme’ games: Miami, both against New York, and Washington. Those four wins would mean that, at worst, Philadelphia would finish 9-7. However, 9-7 is not going to earn a Wild Card spot in the top-heavy NFC this year. The game against the Cowboys at home is a must-win contest. Throwing in that additional win would put the team at 10-6 even without defeating the Patriots or Seahawks. With the loss, Dallas would be at best 11-5 even if they were to win the rest of their remaining games, which includes a road tilt at New England and a meeting with the Bills the following week.

Should both Dallas and Philly win the rest of their division games (with the exception of the Eagles beating the Cowboys in Week 16), each team would have the same division record, 5-1. In a tiebreaker scenario, it would come down to which team has the superior record against common opponents. The Eagles are currently 4-2 against the eight common opponents on the schedule (outside of the NFC East) with Dallas, who are 1-3 against those same teams so far.

FiveThirtyEight currently has Philadelphia with a 61% probability of making the playoffs, compared to a 48% chance for the Cowboys. The team’s performance against New England on Sunday should paint a good picture of where they are at right now, especially on the offensive side of the football. With a little bit of luck, and a little bit of Carson Wentz magic, Philadelphia could find themselves back in the playoffs for the third consecutive year with a chance to shake things up in a stacked NFC bracket. 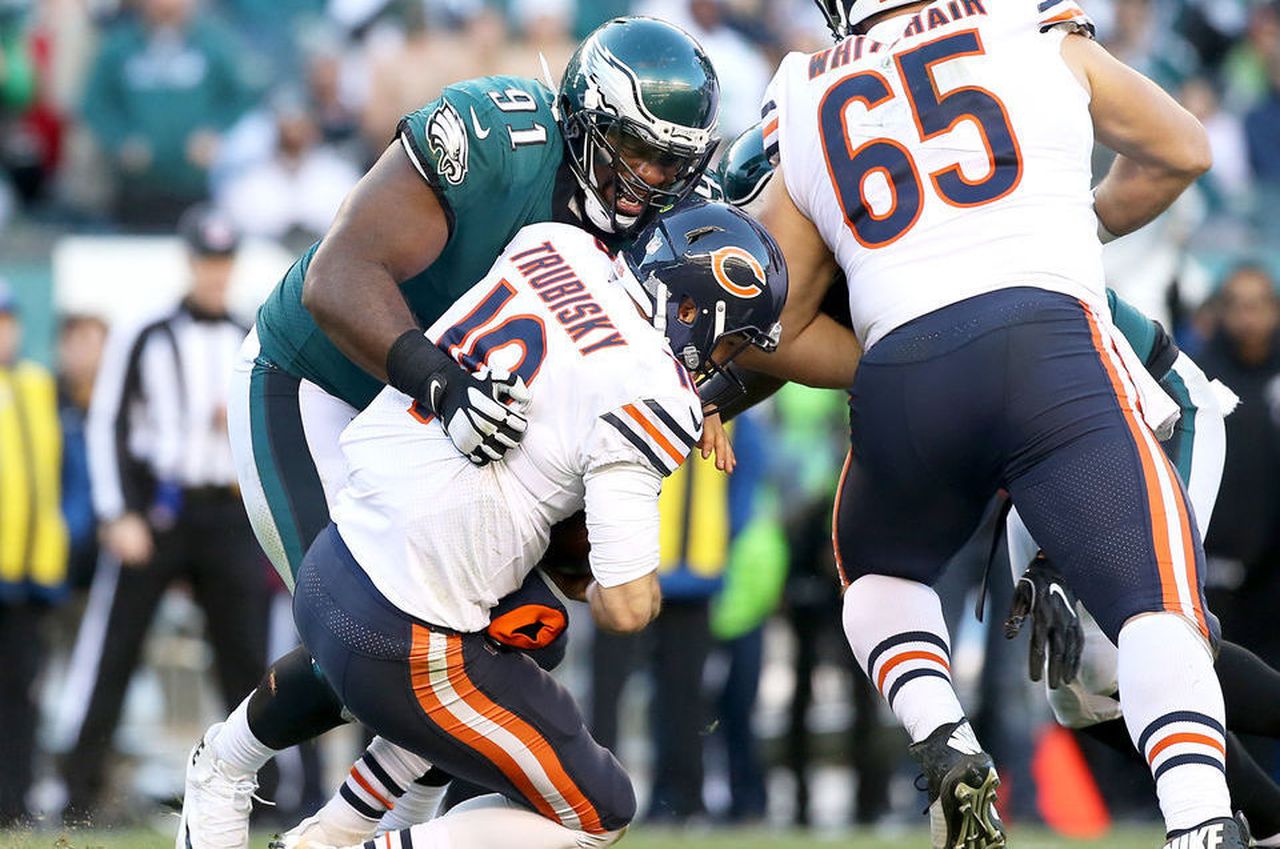