The Miami Heat were back on the road after winning their home game against the Detroit Pistons, as they visited the Cleveland Cavaliers. Last season, the Heat won the regular season series against the Cavs. Heading into this game, the Heat would be without James Johnson, Justise Winslow, Derrick Jones Jr., and Dion Waiters.

The three-pointers were falling for Miami as Kendrick Nunn, Duncan Robinson, and Meyers Leonard led Miami on a nine to nothing run, forcing Cleveland to call a quick timeout. After the timeout, the Cavaliers got themselves on the board with a jumper each from Collin Sexton and Kevin Love, only for the Heat to answer back with layups from Nunn and Jimmy Butler. After a basket from Cedi Osman and a three-point play from Jordan Clarkson for Cleveland, Miami went on an eleven to two run, led by Bam Adebayo, Goran Dragic, Leonard, and Butler as the Heat led 26 to 11. The Cavaliers closed the first quarter on an eleven to eight run, led by Clarkson and Larry Nance Jr., but the Heat led 34 to 22.

Cleveland jumped out in the second quarter with baskets from Love, Kevin Porter Jr., and Nance Jr., before Miami responded with a three-pointer from Kelly Olynyk, forcing another timeout from the Cavaliers. With the Heat leading 37 to 32, they went on a eighteen to four run, led by Nunn, Robinson, Adebayo, and rookie Tyler Herro, before Osman ended the run with a basket for the Cavaliers. With Miami leading 64 to 42, they scored the last four points to Cleveland’s two, taking a 68 to 44 lead by the end of the first half.

In the third quarter, Nunn picked up where the Heat’s offense left off, making jump shots and reverse layups, while Darius Garland got himself on the board in the same manner for Cleveland. After a basket from Tristan Thompson, the Heat responded with a layup each from Robinson and Butler. With Miami leading 81 to 58, Love would knock down a jumper, followed by a three-pointer from Garland, leading to an eleven to four run for Cleveland, until a basket from Butler and a three-pointer from Leonard ended the run for the Heat. By the end of the third quarter, Miami led 94 to 74.

As the fourth quarter commenced, Chris Silva made a slam dunk for Miami, but Cleveland responded by going on a fourteen to four run, forcing the Heat to call a timeout. With Miami leading 98 to 88, they would answer back with baskets from Dragic, Butler and Adebayo, ending Cleveland’s run. Miami would go on to win 108 to 97 over the Cavaliers.

This game was much similar to the Heat’s last game against the Detroit Pistons, where they had a sizable lead in the first half, only for it to dwindle in the middle of the second half, and the Heat to make some pivotal points to save the day. Miami were cutting through the lane and passing the ball effectively, making a total of 31 assists. Despite the 18 turnovers they committed, the Heat made up for it with defensive stops from Kelly Olynyk, Jimmy Butler, and Bam Adebayo. It should be also noted that the are undefeated against opponents from the Eastern Conference, currently at 5-0.

For the Heat, Kendrick Nunn led the way with 23 points, Tyler Herro made 16 points, Jimmy Butler had 14 points, Meyers Leonard with 12 points, Duncan Robinson made 11 points, and Bam Adebayo with a double-double of 16 points and 15 rebounds.

For the Cavaliers, Collin Sexton made 15 points, Larry Nance Jr. had 14 points, Cedi Osman with 12 points, Darius Garland made 11 points, Jordan Clarkson had 10 points, and Kevin Love with a double-double of 21 points and 10 rebounds.

The Heat return home to the American Airlines Arena to host the New Orleans Pelicans. Game starts Saturday at 8pm, and will be televised locally on Sun Sports. 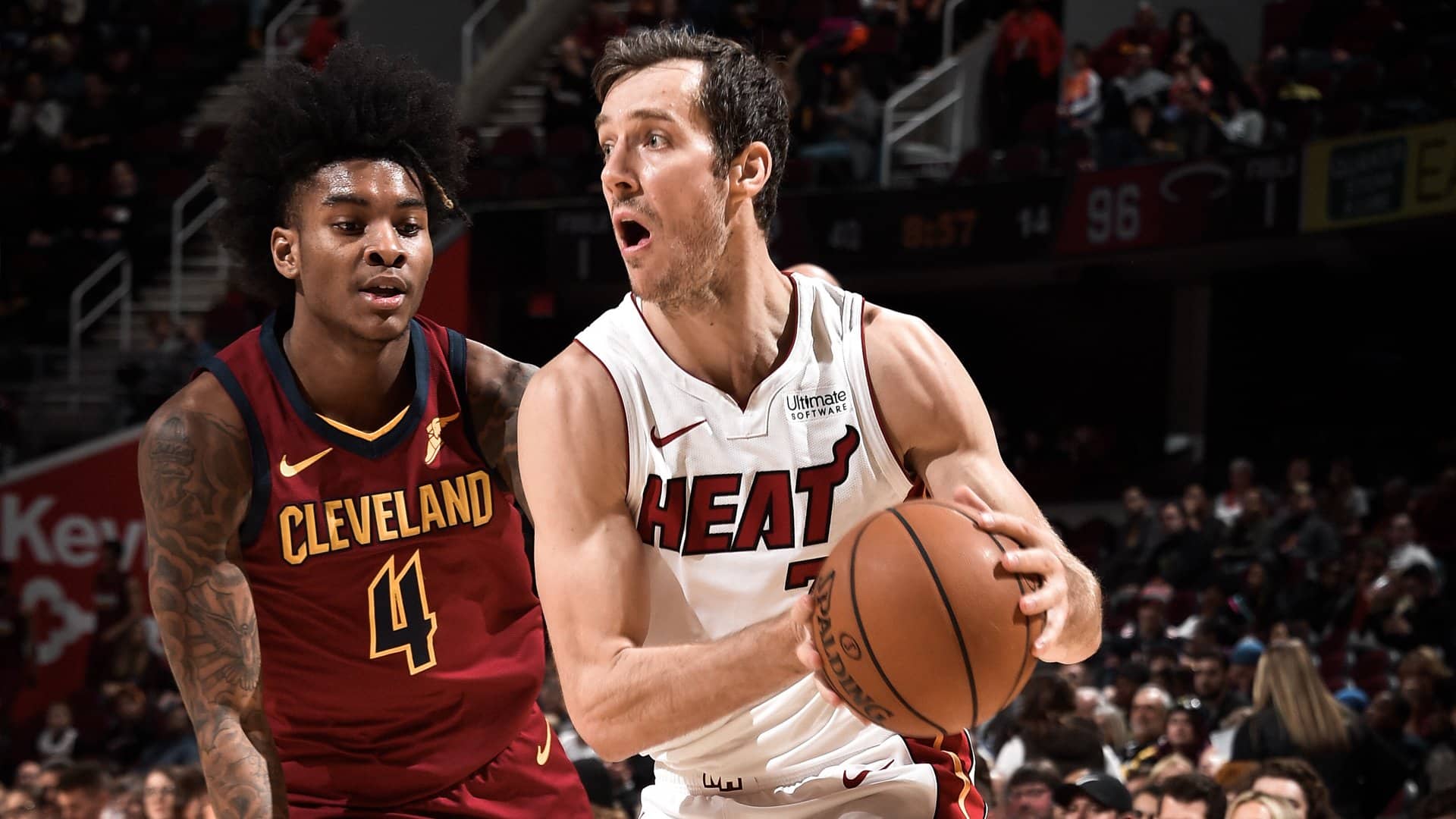