They finally did it. They won in Oklahoma. On Sunday, the Washington Wizards defeated the Oklahoma City Thunder by a score of 116-98. Five players scored in double figures. The Wizards won the rebounding battle and they only committed nine turnovers as well. It was a great performance by the Wizards but it took a lot of work.

From tip, the Thunder were scoring most of their points from inside. Steven Adams went five-for-five and Washington had no rim protection. Scott Brooks chose to insert Ian Mahimni instead of Thomas Bryant and that surprisingly worked, he ended up with a plus-minus of +13.

Everything seemed to go perfect for the Wizards tonight. Even their defense helped keep Oklahoma City out of getting second-chance points.

Everyone was a key part of the win. In a season with a lot of lows, this was without a doubt the highest high. 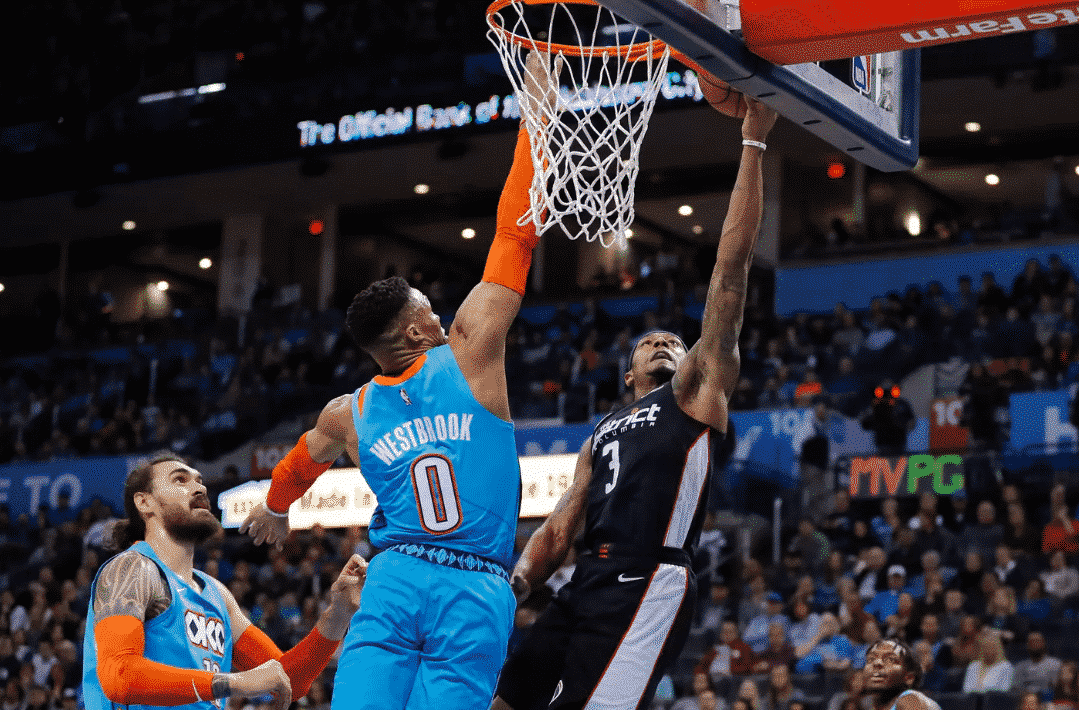 Otto Porter is back

Otto Porter Jr.’s return from a knee injury has been very slow, but tonight was huge for him. Porter scored 20 points on 7-of-17 shooting and 4-of-6 from three. It was not the best performance from Otto but it is definitely the type of performance that got him a max contract. He helped put the game away late with jumpers.

Otto was also very efficient defensively. His six rebounds, five assists, and three blocks support the evidence that he is a well-rounded player. Washington needs to hope Otto can return to form quickly as they have him for many years to come.

Take it all in

The Wizards have not won in Oklahoma City since 2008. To put this into context, that was the first year after the Sonics/Thunder left Seattle. I don’t know about you but in 2008, I had a flip phone and was listening to Lil Wayne. At that time, Ernie Grunfeld had been Wizards General Manager for 500 years and had just given Gilbert Arenas and Antawn Jamison huge contracts that came back to bite them. The point is that road wins in Oklahoma do not come very often so enjoy it while you can.