The UFC wants to rid itself of the Flyweight division

They never truly confirm any of their ideas until the ideas are done (Diaz vs. Masvidal anyone?) but the Men’s Flyweight division has probably seen its day. Mighty Mouse has left for ONE FC the division has lost its main reason for staying intact. Some fighters have been given the opportunity to move up in weight instead of being cut, fighters like Jarred Brooks, Justin Scoggins, and Jose “Shorty” Torres.

Im the 1st to be let go. I didnt get to finish my UFC contract with 2 fights left because they are cutting most of my division n not giving some of us a chance to bump up n prove ourselves like myself. So now it’s time to move on to bigger and better things. Good luck small guys! pic.twitter.com/lUMijsRoDm

A Champion emerges to collect that bounty.

The snake strikes in the form of the Bantamweight champ hungry for legacy and a large nest egg.

When @HenryCejudo found out I’m coming down to flyweight, after he turned down the fight at bantamweight. 😧🤣Don’t be scared homie…
LETS GO! January 26th Anaheim Ca @ Honda Center https://t.co/Fwenxn2U0M

Not a bad strategy, TJ drops down and if he is successful takes the 125 title back to Bantamweight and the UFC wipes their hand cleans of an unwanted division. That is the tin foil hat theory away, there are people out there who like the division but not enough fans to keep it going.

It appears that the battle has already started for Bantamweight champion TJ Dillashaw as a video and images of the champ have surfaced looking worse for ware.

It’s that time again! Checking my levels and making sure I’m in homeostasis before I make the final weight drop. If your interested in what I test and why make sure to follow @LetsGetChecked #letsgetchecked pic.twitter.com/Qyt5wuTBNz

We have the eye test and below is a photo of TJ at on weight at 135 as you can see he looks extremely lean after cutting weight.

I am not confident that Dillashaw makes weight and the fight gets cancelled on Fight Week. The bout for the Flyweight Title is set to take place in Anaheim, California at UFC 233. If he can make it to Flyweight in good shape and take the title from a formidable opponent in Henry Cejudo, Dillashaw joins  three fighters who hold Champ Champ status.

The champ’s nutritionist has his work cut out for him. 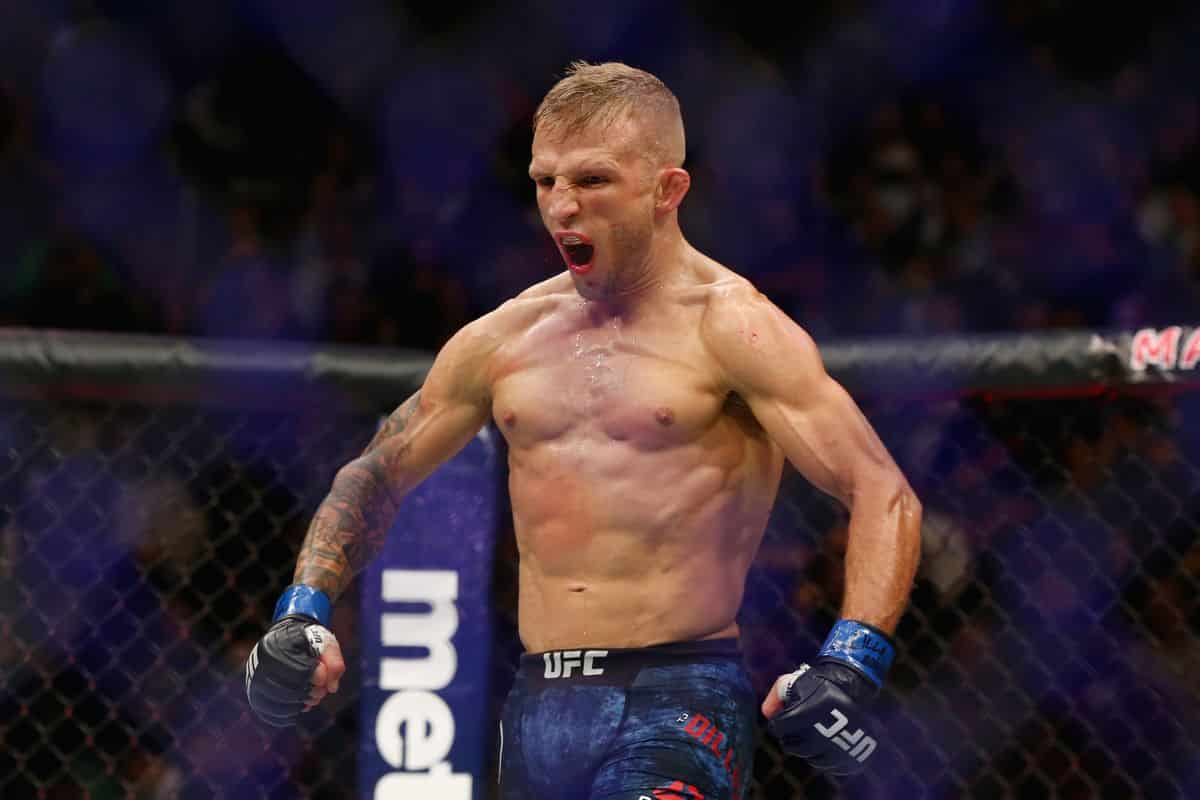