The Washington Wizards will look to pull the impossible tomorrow night as they take on the Golden State Warriors. The game will take place at 10:30 PM Eastern time, so make some coffee beforehand because it’s gonna be a late one. The Wizards are coming off of a huge overtime win over the Portland Trail Blazers that gave them their first win.

The Golden State Warriors are coming off of a 123-103 win over the Phoenix Suns. The Warriors are 3-1 for the season and have not missed a beat since last year. With that, here are three keys the Wizards will need to do in order to win tomorrow night.

The bench needs to step up again

The Wizards are going to need bench production tomorrow. Especially because the Warriors are a very deep team and can go to just about anyone to produce. Kelly Oubre did a great job of that last night but Washington will need all hands on deck tomorrow. Hopefully, Austin Rivers and Tomas Satoransky have bounce back games.

The small ball lineup has to be used against the Warriors

This lineup is, without a shadow of a doubt, the best lineup Washington has. A lineup consisting of Wall and Beal followed by Oubre, Keef and Jeff Green is solid. You could even plug in Otto as the power forward and pull out Jeff Green.

This lineup worked for the Wizards last night and it could be the only chance they have of competing with the Warriors. This lineup should not start games. Instead, it should be used midway through quarters and late in the fourth. As bad as Jason Smith and Ian Mahinmi have been, it is always good to have somebody big in there at times.

John Wall has to be at his best on both ends

Don’t get me wrong, Wall was very good last night. However, his shot selection was not as good as it has been in the past. Instead of taking it to the rim, he settled for threes and midrange jumpers. This is not the John we know of and we know for certain it is not the John we need tomorrow night. He made up for it with his defense last night as he held a backcourt consisting of Damian Lillard and CJ McCollum to 3-12 shooting on 57 possessions. 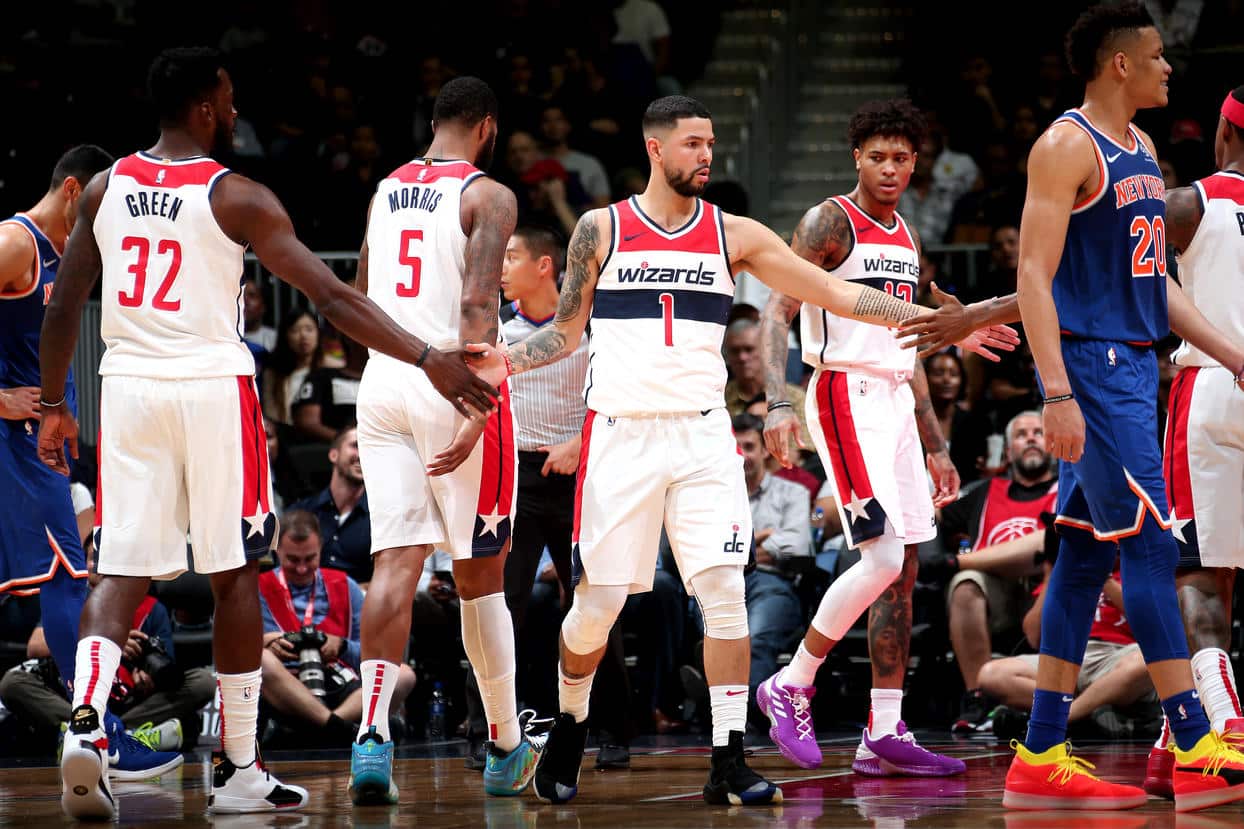