Speedster Mark Wood could miss England’s second Test against the West Indies in Barbados due to a shoulder injury, which he sustained in Antigua.

The first Test ended in a draw on what was a disappointing, flat pitch at the Sir Vivian Richards Stadium.

Wood picked up the injury while bowling a spell on the third day of the Antigua Test, which meant he was unable to bowl in the West Indies’ second innings.

Wood’s absence was a massive blow for Root and England in the fourth innings, as they could only manage to get four West Indian wickets in 70.1 Overs. Jack Leach had the pick of the figures with 3-57 from 30 Overs.

“We’ve just got to get to Barbados, have a look at him there and see what he’s going to be like for the rest of the series,” “His recovery’s been excellent,” “He bowled a couple of spells today (Sunday) and he’s getting the ball through pretty well.”

So this looks like a positive sign for Root and England ahead of Wednesday’s game, however, who could England look at, if the 33-year old cannot make the XI on Wednesday?

ALSO READ:  Bairstow Brilliant As England Fight Back On Day 1 In Antigua

The 23-year old from Lancashire, who has represented England in seven one-day internationals and taken 14 wickets, is yet to make his debut in Tests. His record in County Cricket is good, with 70 wickets in 25 games for the Lightning.

He was brought in as a replacement for Stuart Broad during last summer’s Test Series against India but did not get a game. Mahmood was also featured in the Lions Tour of Australia.

Another young prospect that England could look at, is the Yorkshire seamer. Yet to make his senior debut, 24-year old Fisher could be another option for Root and Collingwood to look at. Fisher took 63 wickets in 21 matches for Carnegie in the 2021 County championship Season.

Given the fact that England is entering their new ‘red ball reset’, now would be the time to look for the next Broad and Anderson, and who knows if Mahmood and Fisher could be their new-ball pair in the future.

What Are The Positives?

As England’s top order face a torrid time in Australia, it was vital that they started the Series on a high and gain back some of the lost confidence that was not seen in the Ashes. Crawley’s 121 in the second innings, showed the talent he possesses as a Test match batsman. The innings that he played, was a typical Test match batsman’s innings. He knew exactly went to attack when to defend, and more importantly, he showed great judgment in knowing where his off-stump was.

His partnership of 201 with the Captain, ensured the safety of the game and wore the Windies bowlers down. A great template for knowing what Test match batting is about.

Time and time again, the emphasis has been on Root or Ben Stokes to drag the team out of a hole, but as Ben Foakes and Johnny Bairstow showed in the first innings, followed by Crawley’s century in the second, the top six have shown that ‘okay, we were blown away in Australia, but the one thing we have shown in this Test, is great application and fight.

Another bowler who had a torrid time in Australia finally came good in Barbados. Jack Leach picked up 2-79 in 43.3 overs in the first innings and 3-57 in 30.1 Overs in the second.

What was so impressive about those two spells, is the control he showed, and he was also helped by the fields that Root set for him. At times in Australia, the Left-arm spinner was belted out of the attack, by the Australian batsman, who showed no mercy on him, and because of this Root was forced to go back to his seamers.

But the way Leach bowled in this Test, allowed Root to rest and rotate his seamers at the other end.

Another positive news from the England camp is the possible return of Olle Robinson. Robinson missed the Antigua Test due to a back spasm.

Collingwood gave a positive update on the 28-year old’s fitness.

“Ollie is looking pretty positive at the moment. His recovery has been excellent,”  “The backroom staff have done a great job on Ollie, he’s bowled a couple of spells and is getting the ball through well so that is looking really positive.”

With the 2nd Test starting on Wednesday in Barbados, it will be interesting to see what changes England makes besides replacing Wood?

Can they achieve victory at the Kensington Oval? 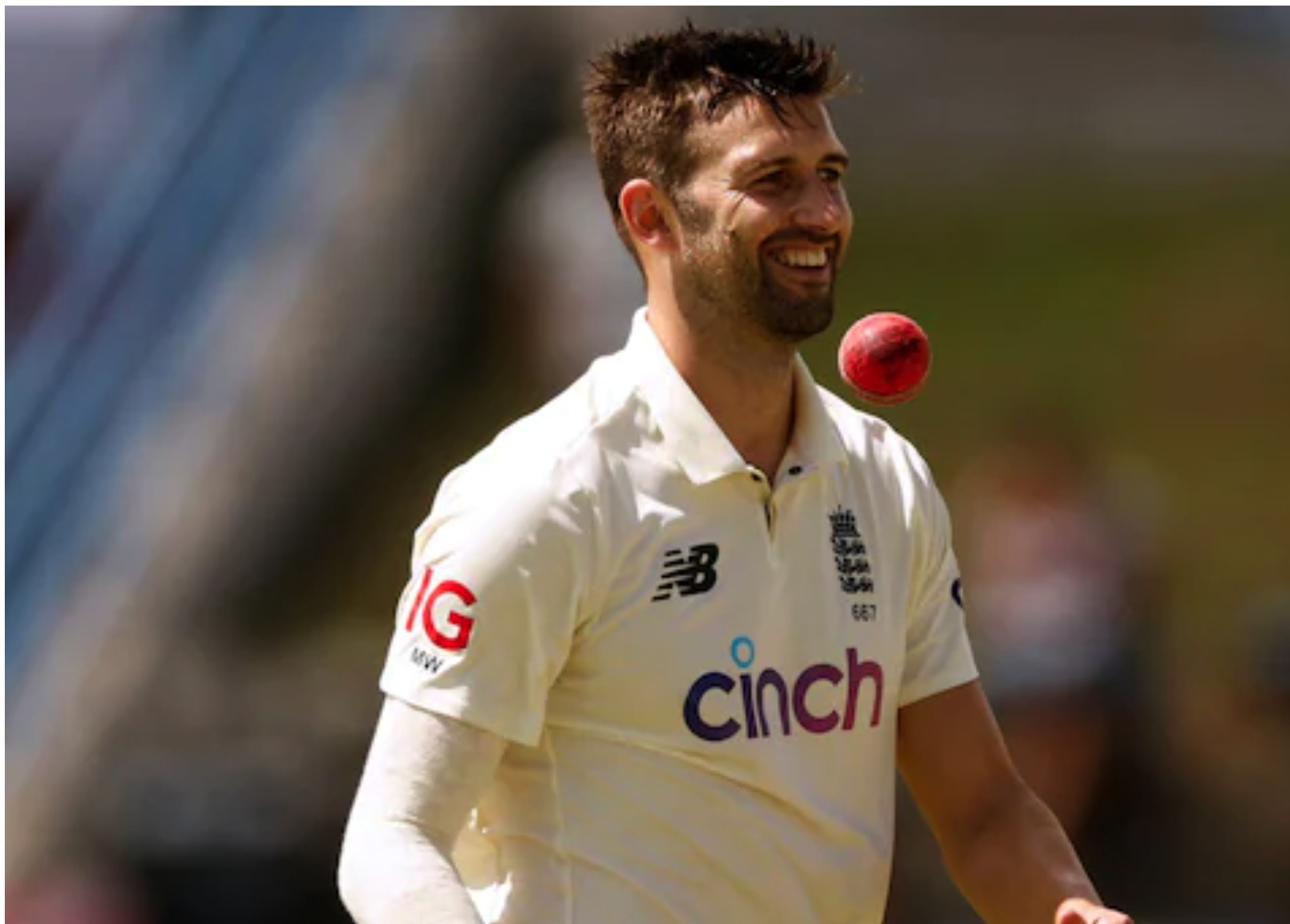