The end of the darting year culminates with the biggest event in the PDC Calendar – The World Championships. Last year-round the World Championships wasn’t the same without hearing the fans sheer excitement on a 180 or the built-up tension of missing a double repeatedly. 12 months later, the fans are back and will be able to see the best players in darts battle it out on the oche.

The Alexandra Palace will host the illustrious tournament as Price looks to defend his title. The World Number One will face the winner of Ritchie Edhouse vs Lihao Wen on the opening night and will be looking to cement his legacy as the World Number One ahead of the likes of Peter ‘Snakebite’ Wright and three-time World Champion Michael Van Gerwen.

The ‘Iceman’ in pole position

There are a few players who have emerged as favourites coming into the World Championships as we enter the festive period. Jonny Clayton has been the man in form this year, Peter Wright has won the last major tournament before the Worlds, Gerwyn Price remains the World Number One, and Michael Van Gerwen is throwing some good darts again. But it’s Price who remains the bookies favourite to lift the Sid Waddell trophy.

The Welshman missed out on the Premier League at the start of the year due to a positive covid test but that didn’t stop Price from reminding his competitors that he is the man to beat in 2021. Price recaptured his form from his earlier setback reaching a World Grand Prix final, to which he lost out to fellow countryman Jonny Clayton, and later would go one step further and win the Grand Slam of Darts.

But winning the World Championships presents a different challenge to the one Price faced last year. Only the likes of Phil Taylor, Gary Anderson and Adrian Lewis have succeeded in winning successive World Championships – something that even the mighty Michael Van Gerwen hasn’t achieved. If Price were to do so he would join an elite group of players and would truly underline his credentials as the world’s best darts player.

The Queen of The Palace is back

Fallon Sherrock set the world alight as she became the first female player to win a match at the World Championships in 2019. Nicknamed ‘The Queen of The Palace’ for her impressive performances on the big stage, Sherrock managed to reach the third round of the competition, eventually losing out to Chris Dobey 4-2. The 27-year old quickly became a fan favourite as she took the competition by surprise brushing aside Ted Evetts and Mensur Suljovic on her opening account.

Sherrock continued to smash glass ceilings as she wrote her legacy in the Grand Slam of Darts this year becoming the first woman to reach the round of 16 of a ranking major darts tournament. In a repeat match of the World Championships, Sherrock defeated Mensur Suljovic 10-5 in the round of 16 only to be defeated by Peter Wright 16-13 in the Quarter-final. Nevertheless, Sherrock produced a magnificent display of treble visits combined with some sublime checkouts and her performances will only give her confidence heading into the World Championships.

Sherrock’s first match is a tricky opener against Steve Beaton who’s making his 31st consecutive appearance at the Worlds. Kim Huybrecths awaits the winner of this tie in the second round, and if Sherrock wins both those matches, she is on course to face World Number One Gerwyn Price in the third round.

Return of a familiar face

Raymond Van Barneveld makes his return at the Alexandra Palace this year after his shock exit to Darin Young in 2019. Having hit such lofty heights in the past winning the World Championship five times, the Dutchman is looking to reignite his career as he is up against 54-year old Lourence Ilagan in his opening match.

On his competitive return, Raymond Van Barneveld has played some good darts. Barney won his first ranking title since 2013 at the Players Championships 3 and in the Players Championships, he averaged 104 in his opener before his exit to Michael Van Gerwen. Despite not progressing into the knockout stages in the Grand Slam of Darts, Van Barneveld continued to impress and only came third place in the group to finalist Michael Smith and Gary Anderson.

Assuming that Barney can win his first match, his first real obstacle would be 2018 winner Rob Cross in the second round. Cross dominates the head-to-head meetings between the pair, but Barney has defeated Cross twice this year already and that will give him the confidence he can win again.

This year at the World Championships is shaping up to be a classic. The ‘Queen of the Palace’ returns at the Ally Pally, Barney’s making his comeback, and Peter Wright, Jonny Clayton, and Michael Van Gerwen will all attempt to knock Price off his throne to claim the biggest trophy in darts. Along with all this, the fans are back cheering them on every step of the way after their long-awaited return! Darts doesn’t get much better than this. 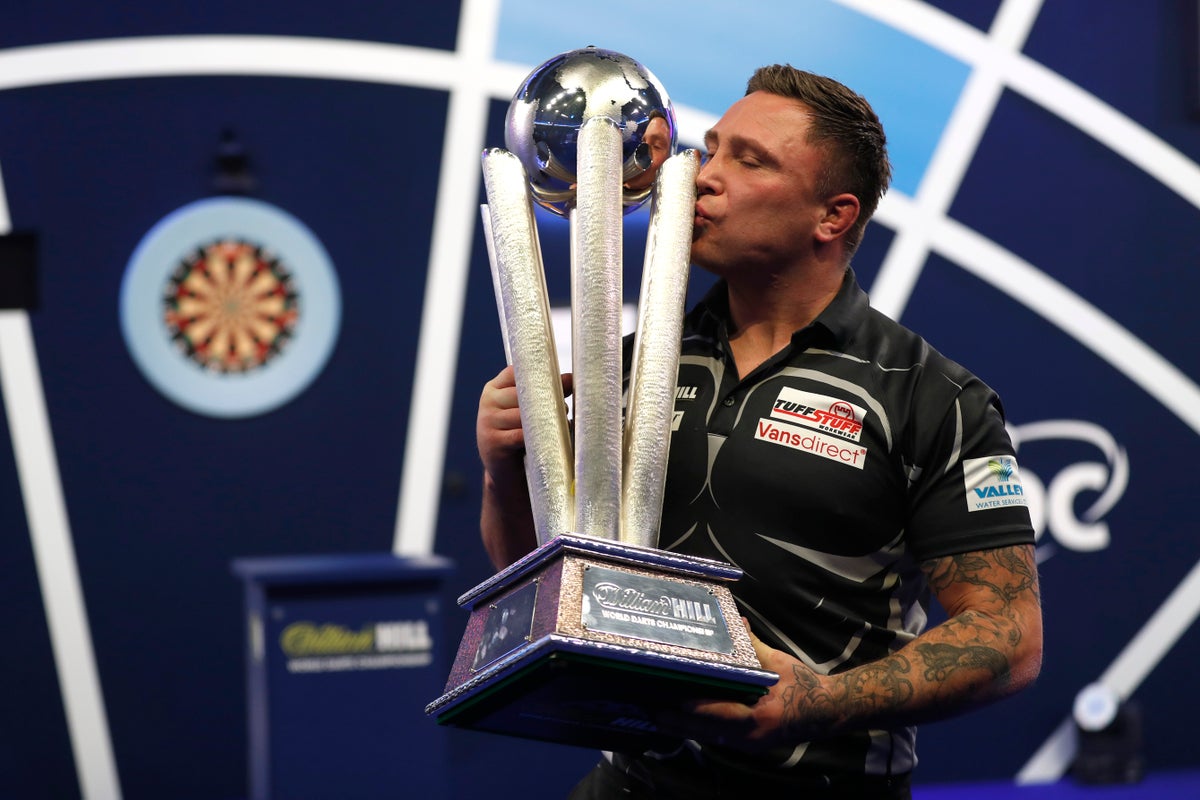