Steph is regarded as the best shooter to ever grace the court in the NBA. This led to the expectation that Curry would beat the record set by NBA legend, Ray Allen.

Steph needed to make one three-pointer in the legendary New York arena to equal the record of 2,973.

During the first quarter, he had equalled and then beat Allen’s record. In total, Steph made five three-pointers in the game.

Remarkably, Curry broke the record in 511 fewer games than Allen.

“There was a lot of emotion for sure because I know how much work has gone into this, dreaming big from the time I first picked up a basketball,” Curry said.

Golden State drafted Steph in 2009. Steph was the seventh pick in the draft that year, a draft that included players such as Blake Griffin and James Harden.

In his first season, Steph appeared 80 games, starting 77 of those.

He has been on some journey since joining the Warriors. Steph led them to five straight NBA finals and three NBA Championships. All while changing the way the game is played with his long-range shooting ability.

Green wasn’t the only NBA player, past and present, that showed their respect for the great man.

LeBron James tweeted “Just landed in Dallas to see Steph broke the record and to make it even doper he did it in the Garden!! Wow, congrats brother!! Incredible.”

At 33-year-old, Steph has plenty of time to hit back many more three’s as he approaches 3,000. 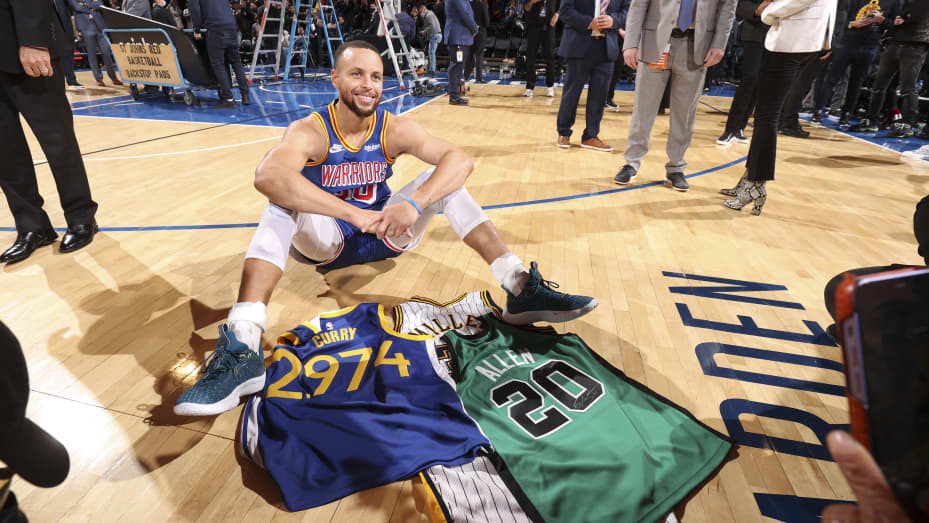