This week’s edition of Monday Night Raw was very promo heavy and as usual some promos were better than others. At one point or another, wrestlers cut promos to hype matches or rivalries however some wrestlers just aren’t gifted on the mic. WWE has a number of wrestlers that should stay clear of the mic and this article will list five of them.

No matter what Curtis Axel does, he possesses no charisma. He was put with Paul Heyman and was unable to improve his mic work or gain charisma which is incredible. He was given the intercontinental title which guarantees a little mic time and made no improvement. It’s not that Curtis Axel is bad on the mic like the other entries on this list, it’s that it’s very hard to care about what he’s saying because his charisma levels are that low. It’s hard to see him getting mic time anytime soon especially with him going back to NXT.

There’s a reason that WWE paired Jack Swagger with Vickie Guerrero and Zeb Colter and that’s because his promos aren’t enticing at all. When Jack Swagger gets on the mic, he’s extremely boring and that makes the crowd bored, even when he raises his voice it makes absolutely no difference. That isn’t the only thing that earns Swagger a place on this list, the quality of his promos are brought down by his unmistakable lisp. Anyone that’s heard Jack Swagger cut a promo will have heard his lisp and even though it’s not his fault, the lisp makes it easy for him to get mocked which makes it that much harder for him to be taken seriously as a wrestler and make a connection with the crowd.

It’s a bit of a silly reason but Nikki Bella tries too hard to be believable on the mic. Needless to say that takes away from her believability when she cuts a promo, rather than cutting a promo it looks like she’s trying really hard to get noticed by Hollywood agents that might be watching. Her promos would improve greatly if she was more natural on the mic.

WWE’s soon to be golden boy, Roman Reigns. He possesses the look but is very limited in the promo department. When Reigns cuts a promo it takes about four words for fans to realise that his character type doesn’t lend itself to promos, he tends to look unnatural and awkward on the mic as if he’s aware that his promo skills need work.

It’s not very hard to tell that he’s reciting lines as he speaks on the mic and to top it off Roman Reigns doesn’t display the emotion necessary to deliver a high level promo, every time he tells the Big Show that he’s going to punch him in the mouth it sounds like he’s making a joke rather than a threat. WWE paid for Roman Reigns to take acting classes while he was recovering from a hernia however they don’t appear to have done much.

Before continuing it’s worth noting that Ryback delivered one of his best promos on the most recent edition of Raw however that promo is part of the reason that Ryback is on this list. Ryback is another wrestler whose character type doesn’t lend itself to promos, he doesn’t even try to hide that he’s reading lines and due to how worn out his voice sounds, it’s very hard for Ryback to put any emotion in his voice. Ryback also finds himself on this list due to the fact that he flubbed his lines in his most recent promo which made it less believable. 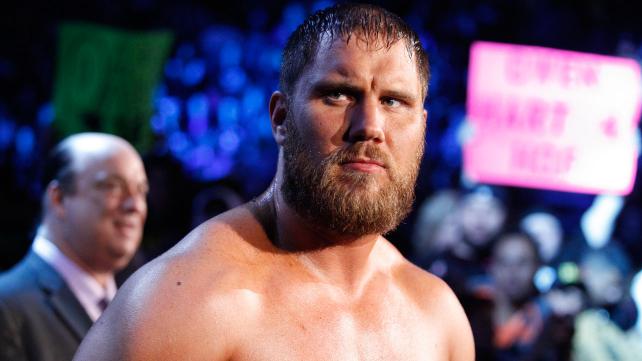