The wait is finally over, basketball fans. Another NBA season is right around the corner this season is going to be chock full of storylines galore from all 30 teams. It’s time to cue up Andy Williams’ “The Most Wonderful Time of the Year” as we take a look at what to expect heading into the 2019-2020 NBA season. We finish our look at the Western Conference as we gander at the Southwest Division.

The San Antonio Spurs fought hard in a seven game series against the Denver Nuggets in the first round of last year’s NBA Playoffs, only to come up short handed. The Spurs kept much of their roster, with the exception of Davis Bertans (pronounced Ber-tans), and added DeMarre Carroll and Trey Lyles. San Antonio is always known for making the postseason against a stacked Western Conference, but seeing how the landscape has changed drastically, many don’t see the Spurs making the postseason next April, but never say never. As long as the Spurs have coach Gregg Popovich (pronounced Pop-po-vich) and can stay their own course without falter or waiver, then they will certainly sneak in quietly and surprisingly.

The Dallas Mavericks ended the Dirk Nowitzki (pronounced No-vitz-skee) era, and entered into the era of Luka Doncic (pronounced Lu-kah Don-cich) and Kristaps Porzingis (pronounced Kris-taps Por-zin-gis). The duo of Doncic and Porzingis look like the second coming of Nowitzki and Steve Nash, but with a more high powered offense. In the offseason, the Mavs added more offense when they signed Seth Curry, Delon Wright, and Boban Marjanovic (pronounced Bo-bahn Mar-jan-no-vich). Dallas looks like they could make the playoffs, but barely. Doncic and Porzingis may have be the driving force for the Mavericks, but they will an extra boost from either the bench, a midseason trade, or perhaps make a move in the offseason. For now, the Mavs look like a team on the playoff fringes.

The Houston Rockets made a big trade during the offseason when they sent Chris Paul to the Oklahoma City and reuniting Russell Westbrook with James Harden. The Rockets would also add some veteran presence when they signed Tyson Chandler and Ben McLemore to their roster. The Rockets, much like the Spurs, kept the majority of their roster around, with the exception of one player. Unlike the Spurs, however, the Rockets seem more poised to make the postseason as a top four or five seed in the West. Look for players like Eric Gordon, PJ Tucker, and Clint Capela (pronounced ca-pel-lah) to have an improved season and to help propel the Rockets into the postseason. Also, Harden and Westbrook could find themselves in the running for this upcoming season’s scoring title.

The New Orleans Pelicans traded Anthony Davis to the Los Angeles Lakers for Lonzo Ball and Brandon Ingram, while also adding J.J. Redick, Derrick Favors, and Josh Hart. In the draft, the Pels selected Jaxson Hayes from Texas, Nickeil Alexander-Walker (pronounced Nick-keel) from Virginia Tech, and the most coveted rookie from the draft, Zion Williamson from Duke, who many believe could be Rookie of the Year. Williamson can be seen as a franchise cornerstone for the Pels, but unfortunately, he would be sidelined for 6 to 8 weeks with a knee injury. This wasn’t the start that New Orleans was looking forward to for the upcoming season, but they will have to wait a little longer for Zion to make his NBA debut. As for their playoff hopes, the Pels will certainly be on the fringes, but they will also make progress to climbing up the Western Conference ladder.

The Memphis Grizzlies are now in the Ja Morant era, after letting Mike Conley go to Utah, Avery Bradley to the L.A. Lakers, and Delon Wright to Dallas. Morant isn’t the only rookie that the Grizzlies selected, as they would also draft Brandon Clarke from Gonzaga. In the offseason, the Grizzlies acquired Andre Iguodala (pronounced E-guo-dal-lah) from Golden State, Josh Jackson from Phoenix, plus Jae Crowder and Grayson Allen from Utah. The Grizzlies are definitely in the rebuilding stage, but if all proves fruitful for the Grizz, while still making shrewd moves in the draft, Memphis could be making noise heading towards the offseason in the near future.

The Southwest Division have some teams that look like they could make the playoffs, if it weren’t for how crazy competitive the West is, and one poised to take the division crown. You also have other teams that have prized rookies that can turn the fortunes for their franchises around, though one in particular will have to wait for theirs to come about.

This upcoming season will be one for the ages and definitely one to be remembered. The 2019-2020 NBA season starts tomorrow when the NBA Champion Toronto Raptors host the New Orleans Pelicans and the highly anticipated battle of Los Angeles between the Lakers and the Clippers. Both games will air on TNT. 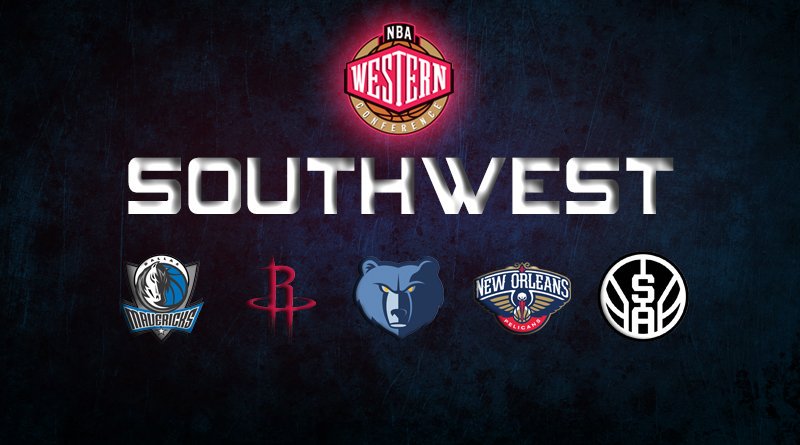