Liverpool remain the best team in the league, it’s that simple. Klopp has managed to strengthen a side that was 18 points better than Manchester City last year, the Thiago and Jota signings have seamlessly transitioned into the squad, and adding depth at the left back position with Tsimikas was a clever bit of business.

So the side is deeper, added more talent, and despite the shaky start at the back, seemed to have settled right back into last season’s form. Lets not forget that Liverpool’s opening games have been Leeds, Arsenal, and Chelsea, all teams that are likely to finish in the top half of the table this season and although Leeds made them look like a pre Van Dijk, Klopp side, their performances against Arsenal and Chelsea were nothing short of dominant.

This Liverpool side is one of the few Premier League squads that were genuinely able to strengthen over summer, and at the moment, they are firm favourites to recapture their title and it wouldn’t surprise me if they made a deep run in the Champions League too.

For the first time ever Pep Guardiola looks lost, he has thrown over £400 million at his defence over the last 5 windows and yet has had no success in being able to find a consistent duo that will stay healthy and perform at the level that he requires from them.

Now it is obvious that the long list of injuries has not helped, Aguero and Jesus are out until the end of October at the earliest and Laporte has once again been sidelined due to injury. But City’s problems are bigger than that, they have lost 10 of their last 36 league games but the standards that they are being held to by Klopp’s men are much more demanding than that with Liverpool having only lost 10 of their last 128 Premier League games.

This means that City have a very small margin for error for the rest of the season if they are to compete with their rivals. Pep will have to earn his money over the coming month or two and with Ruben Diaz coming in as a last minute bit of business to sure up the defence, City fans will want to see results, not hear excuses.

Through their first two games they have been outplayed by both Palace and Brighton. Manchester United are 17th in the league averaging 6 shots per outing over their first two games, to put that into perspective Everton are averaging over 10 per game. One of United’s biggest issues is the misconception of the term ‘World Class’. World Class is a term awarded to those who can produce extremely high level performances CONSISTENTLY.

I struggle to genuinely look down the lineup and say definitively that one individual on that side is ‘World Class’, United have players that show flashes of the potential to be world class but none who game in and game out give you a performance that catches your eye. United have an identity crisis, they are overrated, and that will continue to be exposed until they find a consistent style of play and players that will consistently produce it.

This is one of the most peculiar starts to a Premier League season I’ve ever seen, Newcastle have had 3 shots on target in three games and yet sit in the top half of the table tied with Chelsea and Tottenham for points. The thing is it’s hard to guess what is going to give in first, an unbelievable level of attacking ineptitude or continuing to get results in spite of it. Newcastle are not devoid of Premier League proven talent up front however, new signing Callum Wilson has hit double digits in a previous season with Bournemouth and scored 8 goals in his last two campaigns with the Cherries.

He has already got two of their three goals so far this season and seems to be their only reliable goal threat. This is obviously made less of an issue by the fact that they have actually been a fairly solid unit at the back, the Magpies have the 6th best successful tackle rate in the Premier League and their back line have performed admirably through 3 games. Newcastle have the look of a team that is primed for a relegation battle, so picking up 4 points through 3 games including a late draw against Tottenham will be massive for them moving forwards.

Chris Wilder was rightfully in the conversation for manager of the year along with the likes of Jurgen Klopp after his newly promoted Sheffield United squad played their way into contention for Europe. The Blades offered a good brand of football that many were not expecting them to stick to in the top flight, it took many teams by surprise and they even beat the likes of Chelsea and Tottenham towards the back end of the season.

Wilder’s team have had a poor start to the season to put it kindly, they are yet to score a goal this campaign and seem to be struggling to beat teams that they would have done so last season. What seems to have happened is that teams have figured out how to play against the Blades and exploit their flaws. It is no longer a surprise when they play the brand of football that they shocked the league with last year.

This means that teams now know what to expect when facing Sheffield, and this is where managers earn their keep. Wilder must now after a great campaign reimagine his style of play in order to keep teams guessing and get back to winning ways. Wilder will show us what he is made of over the coming weeks, but the situation is becoming increasingly desperate, and win lose or draw, he will be dying to get this team scoring at a rate that will keep them in conversations for the top half of the table and not in the midst of a relegation battle.

Three words that can be used to describe Danny Ings and his outstanding form over the last 40 games. The man has been a revelation for the Saints and somewhere in Melwood Jurgen Klopp is kicking himself for letting such a talent go. Despite Ings fine form Southampton have had a fairly mediocre start to the season.

They were unlucky to lose to Palace on opening day after dominating the fixture, but were then trounced by a Son-Kane masterclass against Spurs, last week saw them pick up their first win of the season over an injury plagued Burnley side with Ings grabbing the winner and his third goal of the campaign. Southampton seem to be playing good enough football and have enough talent going forward to keep them out of a relegation battle, but they will need Ings to remain healthy and contributions from others to start flowing in if that is to be the case.

Tottenham Hotspur – Bale Us Out

Unlucky to lose against Everton and draw to Newcastle after a dominant display against Southampton, Tottenham seem to have found some semblance of an identity under Mourinho. Harry Kane has been superb through 3 games and has already surpassed his assist tally from last year with 5 through three games, Son has been electric as always but took a hit when he was replaced at the half against Newcastle with an apparent hamstring injury that could put him out for a short period of time.

Spurs have also been solid at the back and Mourinho seems to have done an adequate job of replacing Jan Vertonghen in the lineup. The positive for Tottenham is that their season is only going to get more exciting. Bale’s year long loan back to London is set to start after October’s international break and with Son expected to return on a similar schedule, could make Spurs extremely explosive going forwards and a dangerous prospect for any team to come up against.

With Son out, Tottenham may see a lapse in front of goal in the coming weeks, but that seems like it will be short lived, and Tottenham fans will be itching to see Bale back in the Premier League.

The Premier League has not been kind to West Brom thus far, mustiring only a point from their opening three games. Now not to discredit their efforts, but they blew a three goal half time lead to Chelsea and then were trounced by both Leicester and Everton. West Brom appear to have issues at the back but let’s not take away the fact that they have played the two hottest sides in the league and a Chelsea team that is laden in world beating potential.

So a rough start scheduling wise can lead to West Brom to actually be fairly happy about getting a point out of their opening three. They haven’t exactly played badly either, they managed to score twice against an Everton team that they went a man down against, and 3 against Chelsea in the opening 45 minutes.

West Brom have shown the promise of a newly promoted side that will fight to stay up and will no tbe backing down to anyone on their schedule. Their next game is against Southampton, we will be able to better gauge where they are after playing a mid table team like the Saints, so stay tuned to actually get an accurate depiction of what West Brom could actually be as a side.

West Ham could make a legitimate argument that they should be joint top of the league at the moment. They lost their opening two games to Arsenal and Newcastle despite both times being the superior side, only to show the league they are not messing around with a 4-0 trouncing of Wolves. West Ham are no slouches going either way, they have looked solid at the back and going forward they have looked even more impressive.

West Ham rank comfortably in the top half of the table in both shots and shots on target, this is also a team that uses width to its advantage and look to exploit defences down their flanks, they currently put in more crosses than any other club with the exception of Burnley. If West Ham put together a string of consistent results they will be in a good place to compete for a top half finish.

Anyone that follows wolves will not be in the slightest surprised by their slow start. Since being promoted two seasons ago Wolves have taken a total of 2 points in each of the past two seasons opening four games, so despite what is expected from them after two seasons of very good football, this poor start to the season has been their best opening to a Premier league in terms of points since they were promoted in 2018.

Wolves have a tendency to take a while to start playing the attacking football that will be fresh in our minds from the previous season, but they will, they still have very good Premier League quality players in every position and will undoubtedly be once again competing with the likes of Manchester United, Tottenham and Chelsea for the European positions.

Wolves fans are likely to be a little more concerned this season because of the nature in which clubs like Everton and Leicester have started the season and they football that they are playing. This promises to be a very interesting season for the clubs that are chasing Liverpool and City, and expect Wolves to be fully in the mix. 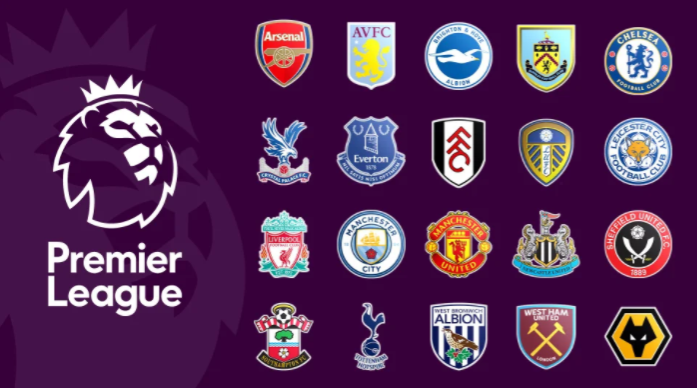