Today was a special day for the 49ers organization. They released the statues in honor of Dwight Clark’s “The Catch”. Both the families of Joe Montana and Dwight Clark were honored. Many other 49er legends were in attendance as well as HOF Steve Young, Jerry Rice and Terrell Owens.

On this special day, The 6-0 Los Angeles Rams traveled to Santa Clara to take on the 1-5 49ers. The Rams entered the game with the Number 1 offense and the number 1 rusher in the NFL Todd Gurley. The 49ers were coming off a tragic loss to Rodgers and the Packers.

I’m sure they were using that momentum to let teams know they can roll with the big dawgs. The 49ers deferred to the second half and on their first defensive drive, forced the rams to a 3 & Out. On the niners first offensive Breida rushed for 2 yards and was injured on the 1st play. He tried to come back in the game but re injured himself in the second quarter.

Mostert lead the team in rushing with 59 yards on 7 carriers. So how did this gruesome loss to the best team in football pan out? The Rams easily defeated the 49ers 39-10. The Rams scored 17 points off of turnovers. They won the field position battle and capitalized. Goff, Cooks, Woods and Gurley looked unstoppable, as they put up 39 points on this young defense.

On the other side, C.J Beathard was sacked 7 teams for 49 yards with 2 interceptions and 170 yards on 15 completions with 27 attempts. Beathard’s favorite target was George Kittle, who lead the team with 5 receptions for 96 yards and a TD. In fact it was the only 49ers touchdown that came right before the end of the first half giving the 49ers momentum going into the second half. In The Second half on the first series, the 49ers resulted in a 3 and out.

C.J. Beathard and the offense just couldn’t get in a groove. He over threw wide open receivers and tried to throw in tight windows which led to interceptions. Goodwin and Garçon didn’t receive their first catches until the 4th quarter, but the Rams had put the game to bed, inserting their backups. Yes the 49ers starting defense was playing the Rams backups for over 10 minutes.

IMO, the 49ers have to plan better and be able to adapt on the fly. I guess I’m the only fan that expects more from a successful innovative play calling coach like Kyle Shanahan. I hope this game shows lynch that we were out talented and outplayed.

Without great talent, it’s hard to win on this level. The Seasons not over, but looking in to the future, this 49ers team need some serious upgrades. 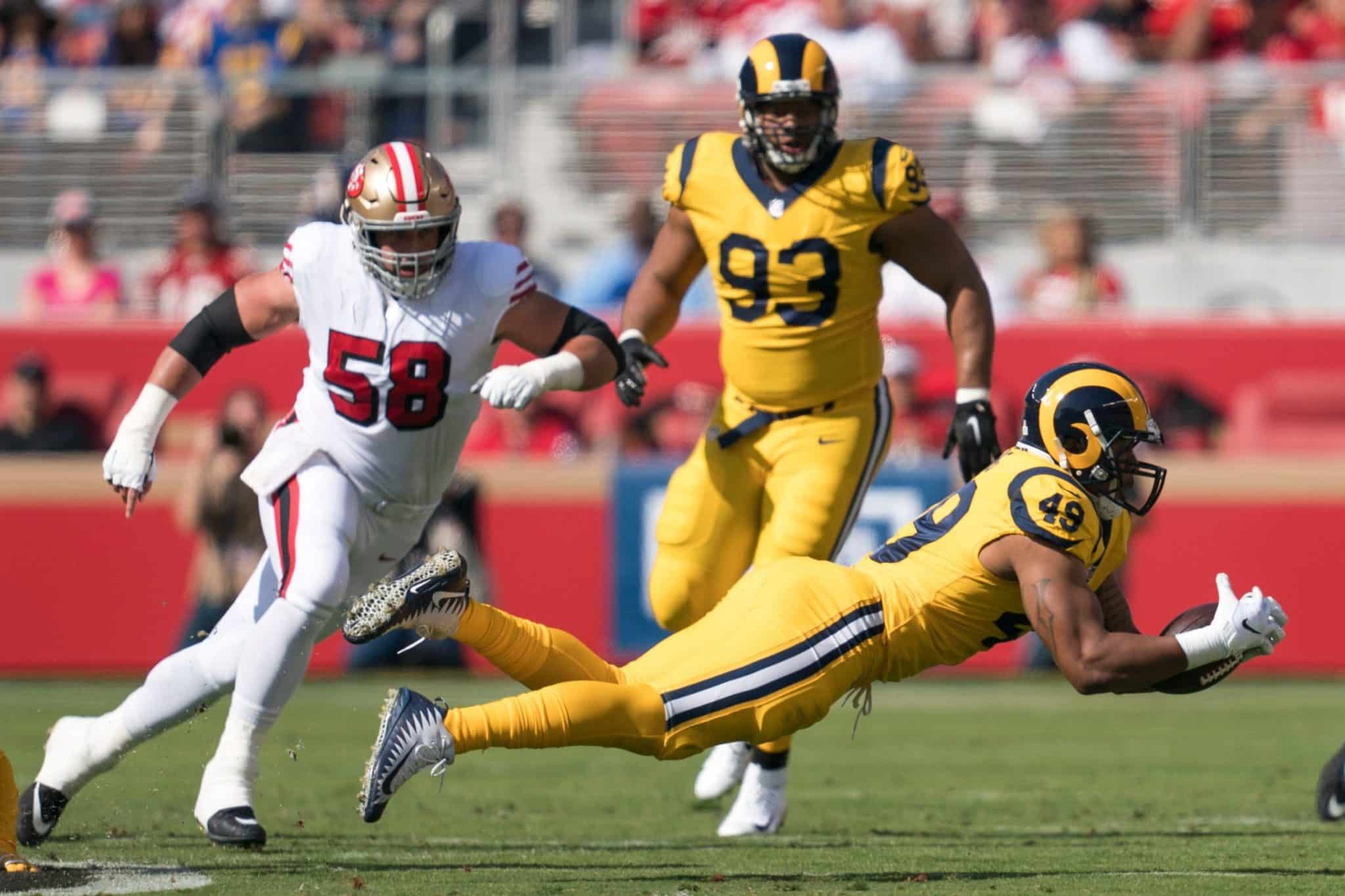