With the chequered flag falling on the 2020 season at Abu Dhabi it’s about time we sit down and look back at what was arguably one of the stranger seasons in Formula One history. A season cut short to 17 races, starting in Austria instead of Australia, with multiple double headers and some triple headers thrown in there for good measure that too without spectators at most races will always be remembered for how unique it was.

In the end, it was the familiar Mercedes-Lewis Hamilton combo that won both the drivers and the constructors title in a fairly dominant fashion with Hamilton matching Michael Schumacher’s record of 7 World Championships. Regardless, 2020 had its own twists as we saw Nico Hulkenberg making a return for Racing Point and then George Russell driving a Mercedes for a weekend. A condensed season didn’t lag behind in action as there were many key developments throughout the season. Let’s have a look at 5 of the key takeaways from the 2020 season.

Red Bull won the title for 4 consecutive years, Ferrari did it for 6 years but what Mercedes has been able to do is the stuff of legends. They have already won the title for 7 years straight and in each of those 7 years not even once was the championship not decided before the last race of the season. To add to this, with the regulations remaining similar to what they were this year, Mercedes would enter the 2021 season as outright favorites yet again in what is a staggering display of dominance by a singular team in the history of Formula One.

So who is behind this juggernaut of a team? Toto Wolff, Niki Lauda would be the usual suspects but you have to realize it’s not a one-man job. Mercedes is a well-oiled machine that excels at making the fastest cars on the grid with the best engines. They’ve reached this stage after years of careful planning and setting up processes dating back to 2010, some of it from the desk of Ross Brawn who spearheaded the team in its nascency while some of it even from the now-retired Michael Schumacher that shaped the team to become what it is today. The end of Mercedes Dominance is not in sight and whenever it does, this team will go down in history as arguably the greatest team of all time.

2. Lewis Hamilton in a Mercedes is hard to beat

Lewis Hamilton will be 36 years old next year. Is he in his prime right now? Considering what is in evidence right now, it’s hard to say no. But then you take into account the car he drives and the caliber of the teammate that’s driving the other car, the questions start to come. Questions, the answer to whom Lewis emphatically gave in Turkey as he won a race where Mercedes had no pace whatsoever and were just hanging by their teeth. Without a doubt, Lewis Hamilton is one of the best drivers on the grid.

What makes him unbeatable is the car underneath him. Russell gave a good account of himself at Sakhir GP. But what he also showed was how anyone can jump into a Mercedes and win. On the current grid, you have to consider drivers like Max Verstappen and Charles Leclerc as drivers that are capable of challenging Lewis for the championship. What they don’t have at their disposal is a car that is consistently as fast as the Mercedes. In 2020, Lewis hardly put a foot wrong throughout the season, but then, Lewis was hardly challenged or put under pressure because of the advantage he enjoyed.

It would be a Formula One fan’s wet dream to watch Lewis Hamilton, Max Verstappen, and Charles Leclerc duke it out in similarly paced cars but for 2021, with the advantage that Mercedes enjoyed this season, The Mercedes-Lewis Hamilton Combo will be hard to beat at least for now.

3. The Kids are alright

The best part about the 2020 season was how close the midfield was during this season which led to such a small margin of errors for the midfield teams that every race the tide turned to one side or the other. What it also brought to notice was how good the next generation of drivers is. Charles Leclerc, George Russell, Lando Norris, Pierre Gasly, and of course Max Verstappen, all put together some stellar drives throughout the season. Pierre Gasly in particular had a commanding season where he put the perils of a poor Red Bull stint behind him and notched up a surprise first win at Monza.

To add to this, Leclerc dragging the Ferrari to unlikely podiums every time, Norris chalking up his first podium, and Russell having a sensational race at Sakhir GP you have to think that the future of F1 is in great hands right now. And lest we forget, Michael Schumacher’s son Mick Schumacher steps up to F1 in 2021 after winning the F2 Championship, the future of F1 seems to be in great shape right now.

4. Racing Point deserves all the accolades

Call it “Pink Mercedes”, Call it the “Mercedes-B team”. Call it whatever you want. Racing Point (Soon to be Aston Martin) did what was within the rules. You can call it cheating, you can call it the smart interpretation of the rules or you can call it a mockery of rules but what Racing Point did was something of a masterstroke as Martin Brundle put it at the start of the season, “they optimized the resources in hand” and produced a car that looked, operated and probably was quite similar to the 2019 Mercedes.

The kind of pace advantage they had should have resulted in arguably much better results than a P4 finish in the championship but as a team that had a scarcity of funds at the start of the season, 2020 would go down as a major success for the team. A season in which they achieved multiple podiums, a win, and a Pole, there couldn’t have been a better launchpad for the team to morph into Aston Martin. It remains to be seen whether Sebastian Vettel as a replacement to Sergio Perez is going to be a boon or a bane to the team but with a team most capable of maximizing their funds you could expect Aston Martin to keep its place in the pecking order.

By any strengths of imagination, 2020 is a season where both Ferrari and Red Bull underperformed. It had become evident during pre-season testing that there was something different about the Ferrari engine but when it comes to Red Bull, the start of the season did catch them by surprise as yet again they had a sizeable gap to the Mercedes and in a condensed season they were just playing catch up for rest of the season.

Red Bull did have Max Verstappen as a constant thorn in the Mercedes path to victory but despite driving brilliantly there wasn’t much he could do as the Mercedes was just too quick. Ferrari on the other hand has had a significant fall from grace and would be looking forward to what the new engine can deliver next year.

With Mercedes streaking away every year both Ferrari and Red Bull need to be careful. Charles Leclerc and Max Verstappen are the next two best drivers of this generation and both are hungry for success. Even though both are tied down on long term contracts, if the teams continue to under-deliver on their potential, You could see either or both of them looking for a move to greener pastures.

So these were my 5 key takeaways for the season. Did I miss out on something? Drop your views in the comments section. 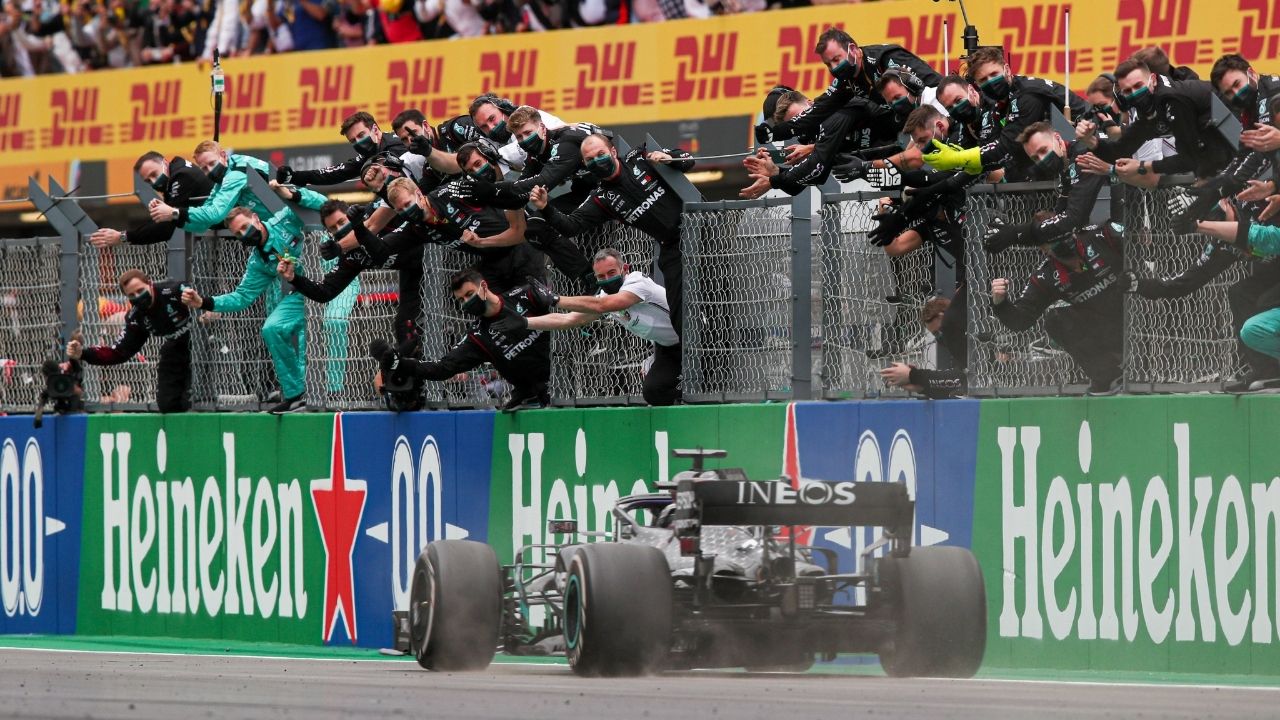