The games are coming thick and fast in the Premier League and there were ten midweek games in Round 13 to be played, and the first two of these got underway on Tuesday evening, beginning with Chelsea’s trip to Molineux to face Wolves…

And the visitors had only failed to score in one of their last seventeen top-flight meetings against the hosts, and that was almost ten years ago, so the stats certainly favoured the team from Stamford Bridge.

Wolves were not on a good run of form currently either, if they lost this game it would be three straight losses in the Premier League for the first team in two years and had won just one of their last five in the division, whilst Chelsea had gone seventeen matches unbeaten in all competitions until the defeat at Everton last time out.

A rare loss then, but another loss this evening would see the Blues loss back-to-back Premier League games for the first time in a year, so they most certainly did not want to lose another decent record like that.  And Chelsea also knew a win would send them top of the table on goal difference or goals scored and make it a three-way tie with Spurs and Liverpool ahead of their mammoth contest on Wednesday.

A win for Wolves would take them into the top half again and get into a four-way tie with three other sides on twenty points, and the first talking point came when VAR wanted to get involved to see if Conor Coady had handled inside his own area whilst trying to win a header, and although it did hit his hand, he knew nothing about it and no penalty was forthcoming. Have seen similar scenario’s end in a penalty but common sense for once seemed to rule.

Both sides had a good chance to lead early on, but just before the break Chelsea came as close as anyone when Kurt Zouma rose to plant a header against the woodwork, and it meant the half would end goalless in what was not a bad game in truth.

Oliver Giroud, who had missed a good chance early in the game, made amends early in the second half by putting the visitors in front after he volleyed Ben Chilwell’s cross at goal and although Rui Patricio got to it, he could not keep hold of it and the ball squirmed away from his grasp and the goal-line technology determined the ball had crossed the line before he could recover to swipe the ball away.

Wolves did have the ball in the net soon after, but Fabio Silva was well offside when he tapped home at the far post, but midway through the second-period Wolves did find a leveller as Daniel Podence cut inside and struck a shot which deflected off Reece James and flew in at the near post.

And with nine minutes left Wolves thought they had a great chance to take the lead when they were awarded a penalty after Pedro Neto sprinted into the area and went down, but VAR deemed that James had made no contact, this after Stuart Attwell had viewed the pitchside monitor, and the decision was reversed, and Chelsea breathed a sigh of relief.

But, deep deep into added on time Wolves netted a dramatic winner, as Wolves hit Chelsea on the counter and sent the pacey Neto clear who ran on and sent an effort across goal and into the corner and hand Wolves a huge huge win!!!

Now over to the North West and the Etihad as a revived Manchester City hosted struggling West Brom with the Sky Blues looking to get back into the top six, whilst The Baggies were looking to get out of the bottom three…

City had won the last thirteen meetings in league and cup by an aggregate score of 37-9, which is a club record run against any top-flight side, and the last time The Baggies avoided defeat against their opponents was a goalless draw on Boxing Day nine years ago.

West Brom have not tasted victory in this fixture for twelve years, and they have never won a Premier League game at the Etihad, losing on nine of their eleven visitors here, so you could say it was not a great record for the visitors against their opponents!!!

City were in great form too after a slow start, unbeaten in six in all competitions and were a game away from setting a new club record of seven consecutive clean sheets too, so West Brom certainly had their work cut out to get anything from this one.

The Baggies away form was not great either, just one point all season which came against Brighton at The Amex, and defeat would see them equal their record lowest points haul after thirteen games and remain in the bottom three.  And the visitors also had the worst defensive record in the division this season, so not a lot going for them prior to kick off.

Could they upset the apple cart then? They almost stunned their opponents after just eight minutes after Ederson was forced into a great save from a Karlan Grant effort, it was a great chance, would they rue that miss early on?

Well, apart from that chance West Brom had to do a lot of chasing and defending to do as City had more than 70% of possession, but their resistance was broken just on the half hour mark after Ilkay Gundogan slotted in from Raheem Sterling’s cut back, and you felt it could be a long night for the visitors.

But, from out of nowhere West Brom found a leveller, as Semi Ajayi got a shot away and it took a deflection of Ruben Dias and caught out Ederson and ended up in the net, and City had conceded for the first time in over ten hours of football, and at half time it was all square at The Etihad.

So how would the second half pan out?  Well, City mounted attack after attack and the Baggies had to dig in and defend for pretty much the entire second period, and thanks to keeper Sam Johnstone, who had an amazing game, and some resolute defending and the hosts not having their shooting boots, the visitors somehow managed to cling on for a sensational draw.

This is how it left the league table 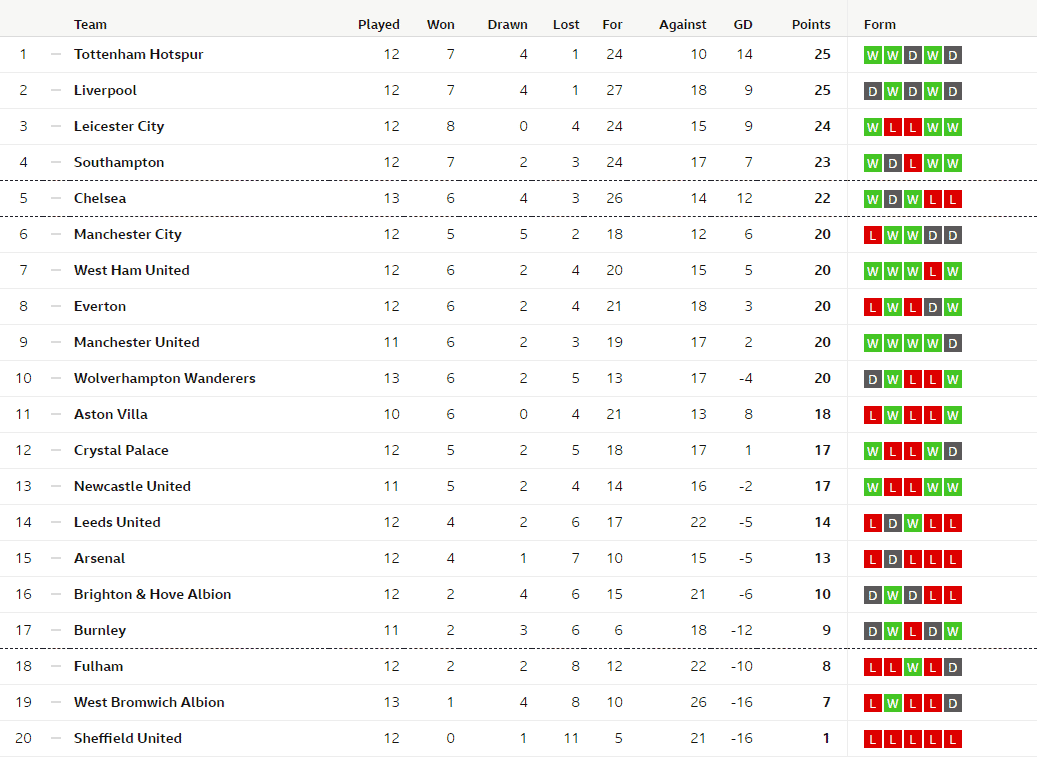 Wolves come from behind late late win against Chelsea sees them into tenth spot, whilst defeat for Chelsea, their first back-to-back for a year, sees them remain in fifth.  And City do go into the top six despite a very disappointing draw at home to the Baggies whose point takes them two away from safetly currently, but that was certainly a hard-earned point and one that no one expected them to get this evening, so a bonus one for sure.

These are the remaining Round 13 fixtures this week

Bumper evening tomorrow, should be good!!! 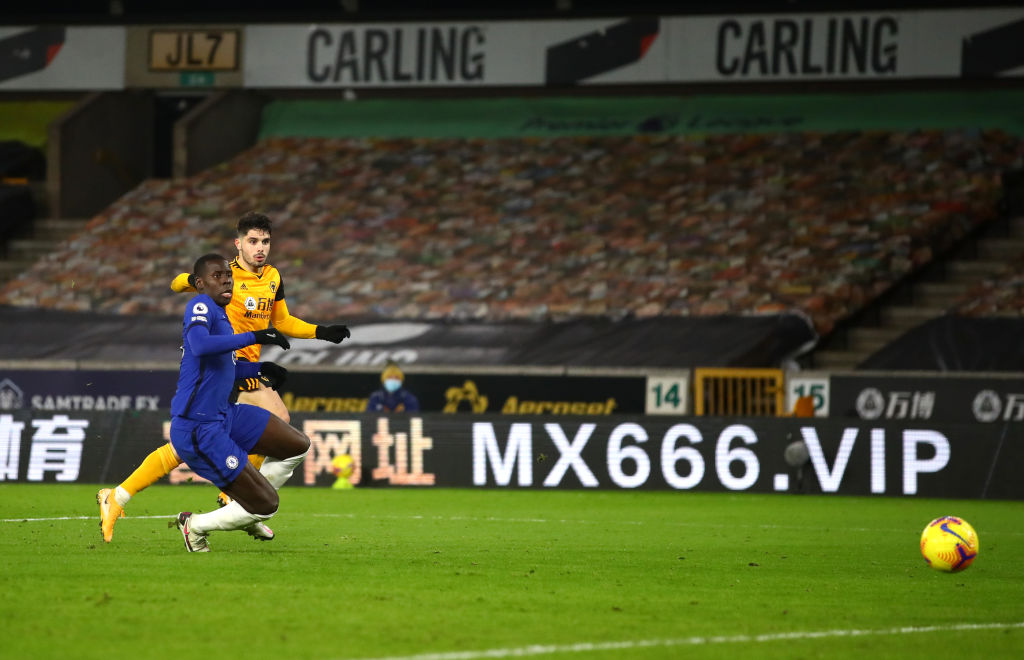