Australia has developed a justified reputation as a competitive and sports-mad country. The Land Down Under has thriving centres and sporting hotspots like Melbourne and Sydney where there is so much to see and do.

Which sports interest Australians most, though? Melbourne hosts the Australian Open Grand Slam tennis tournaments early on its hard courts each year, which gets an honourable mention.

A-League soccer too has built up quite a following since a Golden Generation of players helped the Socceroos reached four consecutive FIFA World Cups and took the 2015 AFC Asian Cup on home soil against the best teams from mainland Asia and the Far East.

Three sports stand apart as the most popular in Australia, though, so let’s take a look at those. 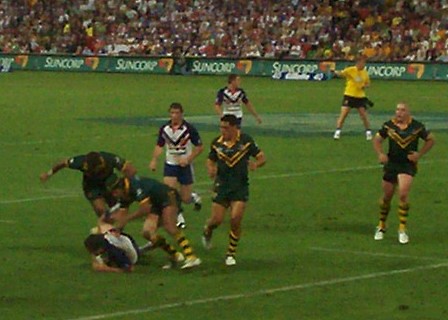 Australia is well represented in both main codes of rugby. Their league side is the envy of the rest of the globe after a record 11 Rugby League World Cup wins.

What lies behind Australian dominance of this code is the NRL, the club competition producing the best rugby league players on the planet.  Picking the crop of the crop from that to represent the Kangaroos at the international level, it’s no wonder they haven’t lost a game at the last two Rugby League World Cup finals.

It’s probably fair to say, meanwhile, that the Australian rugby union team, the Wallabies, have been in the shadows of the All Blacks of neighbouring New Zealand. This applies much the same at club level in the Super Rugby competition too. There is just a third of the teams in that compared to the NRL, but the union still has its place in Australia.

Perhaps the most popular of sports in Australia is one they invented themselves, however. Aussie Rules is the most-watched of these with the AFL being the main competition. Half of the teams playing in that are in Melbourne and its suburbs, reflecting the origins of the game.

That history centring on Melbourne may be why teams from the old VFL have dominated Grand Finals. Wagering on who will win this match, often held at the Melbourne Cricket Ground is also popular. Melbourne and the Western Bulldogs are the current 5.50 joint-favourites in the Aussie Rules betting on the 2021 Grand Final.

There is a famous song about cricket that applies to Australians. They don’t just like it, they love it. From the Test arena where they battle England for sport’s smallest trophy, The Ashes, to limited-overs competitions, the sound of leather on willow rings around some of the most iconic sporting theatres in the Southern Hemisphere.

Australia pioneered the professionalisation of women’s cricket and have reaped so many rewards from that with sustained success on the world stage. Meanwhile, the Big Bash League could become a credible challenger to the IPL as the sport’s premier T20 competition.

Whether it’s trying to score between the middle set of posts in this sport, take wickets and score runs in cricket, or emerge from scrums in rugby league or union, the sport remains a key part of Australian culture. 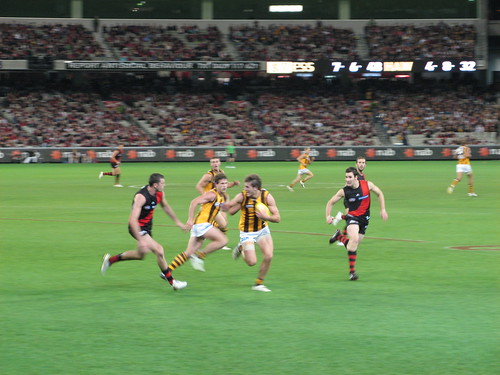