South Africa is one of the great sporting nations of the world. In world cricket, South Africa attains a unique status despite its absence in cricketing circles due to Apartheid which barred them playing the sport from 1970 till 1992. Since readmission, the Proteas have achieved many significant milestones over the course of two decades. As cricket fans, we seldom forget their achievements in the longer version of the game and repeat how badly team has capitulated in international tournaments.

The World Cup 1992 saw new standards of fielding as depicted by Jonty Rhodes, who mesmerized world cricket when he ran out Inzamam-ul-Haq.

The likes of Donald, Pollock and Fanie Devilliers provided the necessary spark in terms of a potent attack and had at their disposal a rich breed of all-rounders such as Jacques Kallis, Brian Macmillan and Lance Klusener. Their earliest achievement in Test Cricket was the famous heist in Sydney in 1994 by five runs against Australia.

The injured Skipper Kepler Wessel invigorated the whole team to put in a performance of a lifetime against well-drilled Australian side led by Allan Border.

The team historical achievements are sometimes put aside by the cricketing critics, but the series victory over Pakistan in their backyard was one memorable triumph way back in 1997.

South Africa cricket team has been marred by bad luck during 1990s as they were denied a richly deserved victory over England in five test match series in 1998.The cricket world remembers the intense rivalry between Allan Donald and Michael Atherton and surely will go down as famous folklore in the history of the game.

The Proteas are labeled as chokers that seem very harsh on them since the team was the first foreign team to win a series against India in India which had become a nightmare for the dominant Australian Team. Steve Waugh labeled the victory over India as Final Frontier in 2001 but still managed to return without any success.

The Proteas have been the able to win a great game of cricket like by chasing down 438 runs against the Australians. In a game where all seemed lost, they did unimaginable and provided the audience with greatest game ever played. South Africa under the tremendous leadership of Graeme Smith did reach great heights in the period of the last decade.

The successful victory against England and Australia in their backyard is such a great feat that no cricket pundit would argue. The team has seen the arrival of great players like Amla, Devilliers, and Steyn to go one better than their predecessors.

Dale Steyn being one of the great fast bowlers of this era has made South Africa break barriers that no other bowler had ever achieved. He has been a pivotal and center figure in all the historic victories against Kangaroos and Poms.
As a general lover of the game, there is so much to be celebrated about Proteas despite their constant failures to win a global trophy.

I know that Semifinal between Kiwis and Proteas ended in heartbreak for all the fans all around the world. There are some things yet to answered as to why a great team gets nervy in big events.

However, Pundits sometimes forgot that this team has been able to retain their dominance in test cricket since last ten years.

This team has lost only two series in test cricket over a period of nine years which is a remarkable feat. In Overseas, they have remained undefeated due to their consistent and clinical performances.

The Current Proteas does deserve a mention in the history books not in the same breath as the mighty West Indians or the Australian teams of 2000s.

As die-hard of Proteas, we believe someday this great side will win a World Cup and gain elusive status in the memoirs of this great game we call Cricket. 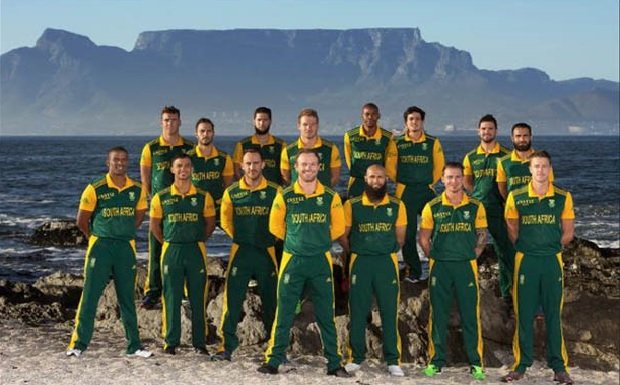