After 23 gruelling, Covid-effected rounds of the home and away season, we now know the final eight sides that will do battle to be crowned 2021 Premiers.

The players, coaches, staff and officials of all 18 clubs of the competition deserve so much credit for having to deal with numerous pandemic-related obstacles.

Amongst other things, this has involved lots of quarantining, playing in front of no crowds, being forced to travel to different states (often at very short notice) and also having to be away from their families for long, extended periods.

At the same time, the AFL has also played a major part in the season staying on track, as they react to a constantly changing state border picture. Every week has been a logistical nightmare for everyone, particularly when finalising venues for the fixtures. To their credit, they have done a tremendous job in pulling it off so far although there will still be plenty more work to do during this finals series.

As things stand, with Victoria and New South Wales currently under strict lockdowns, matches will take place in Queensland, South Australia, Western Australia and Tasmania. It will be the first time the Apple Isle state hosts a finals game. All venues will be operating with a restricted spectator capacity.

It is still hoped that over the next few weeks the situation will improve enough to allow the AFL Grand Final to take place at the MCG. If that is not possible, however, then Optus Stadium (pictured below), in Perth, has been chosen as the backup venue.

Since 2016, there has been a ‘bye’ between the end of the regular season and the start of finals. However, this has been scrapped to allow for a contingency should the AFL need to respond to any unforeseen changes due to the border or societal restrictions associated with the pandemic.

With the Grand Final fixed for Saturday 25 September, it does mean that there will be one at some stage, even if not necessitated by Covid circumstances. It would almost certainly take place the week before the showpiece event and give a real opportunity to build it up, much like they do in American Football (NFL).

How do the finals work

Week 1 – Qualifying/Elimination finals (27/28/29 August)
The sides who finished in the top four on the ladder receive the “double chance” when they play in week-one Qualifying Finals (QF).

As such the losing teams still remain in the competition, playing a semi-final the following week, against the winner of an Elimination Final (EF). The fifth to eighth-placed sides play knock-out games (EFs) with only the winners advancing and the losers bowing out.

Week 2 – Semi-finals (3/4 September)
The losers of the qualifying finals plays the elimination finals winners in a semi-final.

Week 4 – Pre-Final Bye (18/19 September)
This is where the ‘bye’ is most likely to take place although that could be subject to change depending on the latest situation with the pandemic.

Week 5 – Grand final (25 September)
The two winners of the qualifying finals, from week 3, will do battle in the 125th AFL/VFL showpiece event for the Premiership Cup and Flag.

Nickname: ‘Demons’
Colours: Red & Blue
Coach: Simon Goodwin
Captain: Max Gawn
The bookmaker’s favourites and rightly so as they won a club-record 17 matches to secure the Minor Premiership for the first time since 1964. That same year they then went on to win the big one, their last flag, so a good omen for Demons supporters.

Possess the meanest defence, so well marshalled by Steven May and Jake Lever, and with the likes of Clayton Oliver (pictured above), captain Max Gawn and Christian Petracca in such good form should go very well especially as they have a 6-2 win/loss record, from the home and away season, against the other contenders.

Nickname: ‘Power’
Colours: Black, White, Teal & Silver
Coach: Ken Hinckley
Captain: Tom Jonas
Last year’s Minors and Prelim finalists have had another excellent campaign and get the benefit, despite all the Covid restrictions, of being able to play on their home deck and in front of their supporters which should prove to be a big advantage.

In red-hot shape, having won nine of their last ten matches, which will have them going in full of confidence as they chase the big prize for only the second time in their history. Also, have the ability to hold their nerve and come out on top in the really close games which could be a crucial factor.

Nickname: ‘Cats’
Colours: White & Navy Blue
Coach: Chris Scott
Captain: Joel Selwood
Last year’s Grand Finalists will be hoping to go one better this time around. Under the guidance of coach Chris Scott (pictured above), they achieved their eighth, fourth-placed finish, in the last eleven years, which highlights their consistency.

A big powerful side, full of experience across the pitch that knows what it will take to get the job done in these games. In the trio of Tom Hawkins, Jeremy Cameron, and Gary Rohan have arguably the most potent forward line in the competition.

Nickname: ‘Lions’
Colours: Maroon, Blue & Gold
Coach: Chris Fagan
Captain: Dayne Zorko
Snuck into the top four, earning a ‘double chance’, with virtually the last kick of their Round 23 win over West Coast. This will be their third straight year in finals and enter as the highest-scoring team, having amassed 100+ points on ten occasions.

Five of the Lions players made the recently announced ‘All Australian 2021 Squad’, highlighting the form of some of their key men. A second such honour for captain Dayne Zorko who will be looking to lead his side to their first Grand Final since 2004.

Nickname: ‘Doggies’
Colours: Red, White & Blue
Coach: Luke Beveridge
Captain(s): Marcus Bontempelli
A disastrous finish, in which they lost their last three encounters, saw them drop from the top spot to fifth, losing out to the Lions and miss that ‘double chance’. History shows that not many clubs win a flag from outside the top four but the Bulldogs can take heart from the fact they did just that in 2016 from 7th place.

A number of players have been off-colour recently and the injury to forward Josh Bruce a real blow. Desperately missed star ruckman Steffan Martin although there is a possibility that he could return from injury, this week, which would be a huge boost.

Nickname: ‘Swans’
Colours: Red & White
Coach: John Longmire
Captain(s): Josh Kennedy, Dane Rampe & Luke Parker
Not expected to reach this stage by many pundits, they have gone and exceeded all expectations this season. Coach John Longmire has put together an exciting side, one of the most improved, which has gone from finishing 16th, just last year, to qualify for finals. They only missed out on a fourth place by percentage.

In 2× AFL premiership player and 4× Coleman Medallist Lance Franklin (pictured above), the Swans top scorer with 48 goals (just eight away from a career 1,000th), the Swans have a player for the very big occasions. They will need him as they have never beaten arch-rivals GWS, their opponents in Week 1, in a finals match.

Nickname: ‘Giants’
Colours: Orange, Charcoal & White
Coach: Leon Cameron
Captain: Stephen Coniglio
Despite getting off to a poor opening and suffering from numerous injuries throughout the majority of the home and away, coach Leon Cameron (pictured above) and the playing group have done extremely well to qualify for a fifth straight season.

With captain Stephen Coniglio expected to return from injury and key forward Toby Greene playing so well, the Giants will be looking to go deep in September and have the recent experience of finishing 6th, in 2019, and making the Grand Final.

Nickname: ‘Bombers’
Colours: Red & Black
Coach: Ben Rutten
Captain: Dyson Heppell
Put together a superb second half of the season and won their last three matches to clinch the last spot in the eight. Coach Ben Rutton has done a fantastic job, in his first year at the helm, and got his side playing an exciting brand of footy.

Will be full of confidence and fancy their chances of progressing as they face a confidence-lacking Bulldogs. Have arguably the form player of the competition, at present, in midfielder Jake Stringer who will relish going up against his former club. 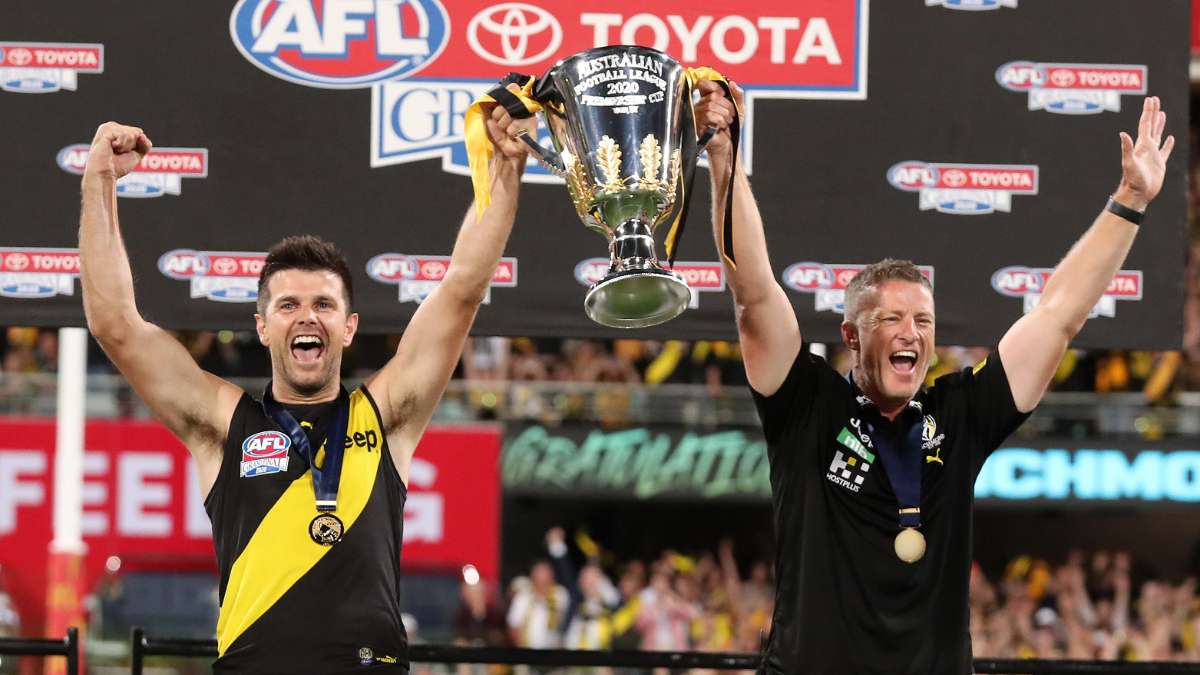