Melbourne has finally ended a 57-year drought, the AFL’s longest, by securing this year’s Premiership with a comprehensive 74-point victory over the Western Bulldogs.

It’s the club’s 13th flag, their first since 1964 (when they defeated Collingwood), and the winning margin was their biggest ever, in a Grand Final, in their 163-year history.

The Optus Stadium (pictured below), in Perth, played host to its very first GF and put on an impressive show for the 61,118 in attendance. Pre-game there were musical performances from Abbe May, Eskimo Joe, The Waifs, John Butler and Colin Hay as part of an all-Australian line-up while Amy Mamford sang the national anthem.

Team news saw the Doggies make two changes from the side that defeated Port Adelaide with Alex Keath and Cody Weightman returning from injury with Anthony Scott and Ryan Gardner having to make way and miss out on the big occasion.

The Demons named an unchanged line-up, in Jack Viney’s 150th, with defender Steven May being given the all-clear, following a fitness test, on a hamstring injury.

The minor Premiers got off to a good start with Christian Petracca (pictured below) kicking the opening goal as they enjoyed much the better of the first quarter.

The midfielder then went on to put in a star display and write himself into the history books by equalling the record for most touches ever (39) in a Grand Final to deservedly claim the Norm Smith Medal (15 votes) for his best on ground effort.

They didn’t have it all their own way, though, as the Dogs responded well with a fine showing in the second. Both Adam Treloar and captain Marcus Bontempelli kicked two goals apiece as they came back strongly to lead heading into half-time.

During the interval there was music from Birds of Tokyo alongside the West Australian Symphony Orchestra who entertained the sold-out crowd with a spectacular performance, under lights, with the sunset in the background.

If it was a close affair in the first, the second half proved to be anything but as Melbourne turned up the pressure and showed why they have been the best side.

They went on to totally dominate and kick the final 17 out of 18 goals of the contest with leading goalkicker Bayley Fritsch (pictured below) booting six majors.

Speaking on ground to Channel Seven, the forward said “It was good to play a little part, 57-year drought. It is very exciting times. We wanted to come into that third quarter and play our best defensive quarter because we thought we let the foot off the pedal in the second quarter.”

“We knew the offence would come off the back of that. To pile on those goals at the end of the third quarter was great reward for good defensive efforts. The support here was unbelievable from the Melbourne fans. That really got us going. Played a massive part in the victory I feel.”

Also talking after the siren to Channel Seven, Clayton Oliver (pictured above) said “I don’t know what to say. It’s just unbelievable. The first quarter was alright and then we lost our way a bit in the second. We knew they were the fittest team, so we had to out-run them. It is unbelievable, that we came back since the second quarter.”

With some words for the people back home in Victoria, he added “They are doing it tough through COVID, so we have a greater purpose, for Victoria and all the Melbourne fans out there. It has been a long few years, 57 years, so unbelievable.”

Coach Simon Goodwin and captain Max Gawn were presented with the Premiership Cup (pictured below) to start the celebrations that will last on well into the night.

View from the coach’s box

“We’ll stay here for four or five days. Finish the season off the right way. Celebrate together. We can’t wait to get home. We can’t wait to see the supporters in Melbourne, family, friends, all been a tough time.”

“This is the start for our footy club. This is what we want to be. But what we do know is; the respect we need to show the competition, to show to ourselves of how hard it is to be in this position. It’s not an easy position to get to and we will hit pre-season when the time comes with that respect and the work that’s required to stay here.”

Luke Beveridge (Western Bulldogs): “You’ve got to give Melbourne credit. To think we were 19 points up during that third quarter and for the scoreline to end up as it was, was a considerable show of power and strength out of the middle.”

“We couldn’t stem the tide; we couldn’t get a clearance and get it into our half. It happened so quickly, and in the blink of an eye, the game is almost gone, so all we can do is credit them.”

“Has our journey been too taxing, has it taken it out of us? I’m not too sure. There’s no doubt it’s been arduous, we’ve had some challenges, but I couldn’t be more grateful for what our players have been able to do to get us to this stage.”

“As good as Melbourne were, it would’ve been nice, if you’re going to go down go down, in a bit of a tighter tussle.” 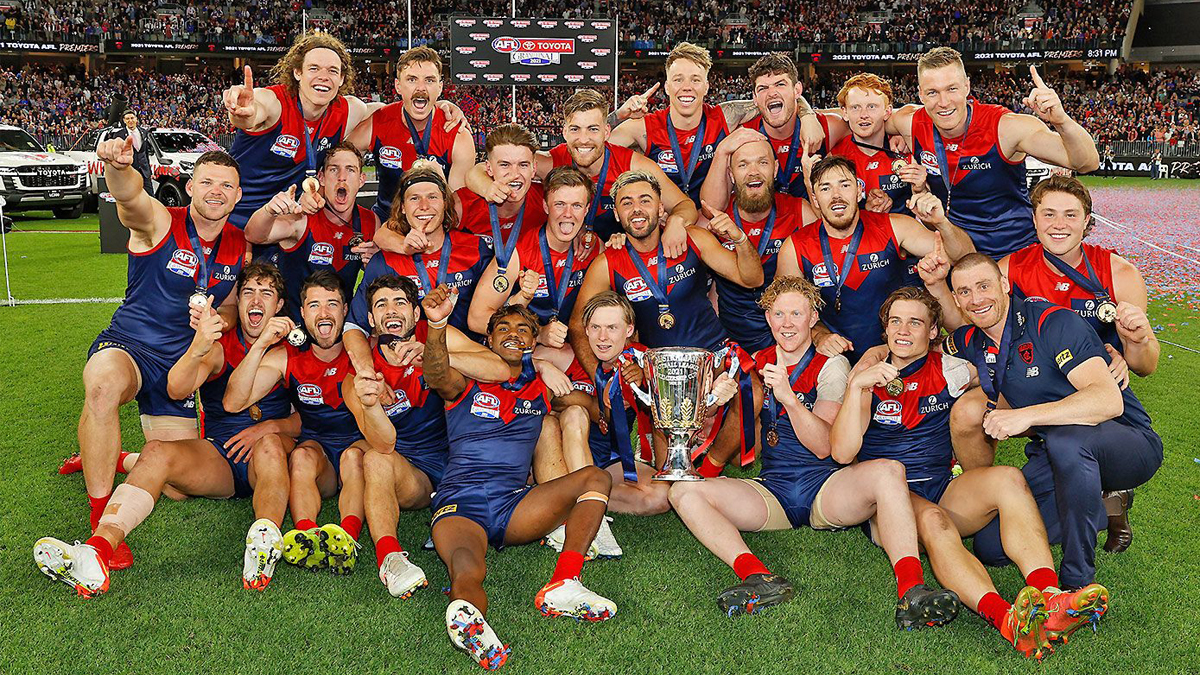