After 23 gruelling rounds, we now know the eight teams that will do battle to be crowned 2022 Premiers.

During September, they will face off, in a finals series, until there are just two remaining – they will then go on to clash on the biggest stage of them all, in the 126th AFL/VFL showpiece event, for the Premiership Cup/Flag.

It has been a wonderful season, so far, with the regular home-and-away campaign producing so many great matches; full of excitement, drama and thrilling action for which the players, coaches, staff and officials of all the clubs deserve so much credit.

How the finals work

The top four teams in the eight receive the “double chance” when they play in week-one qualifying finals. The winners receive a bye to the third week while the losers will still remain in the finals and will play a semi-final the following week.

The bottom four of the eight play knock-out games – only the winners survive and advance in the tournament. Home advantage goes to the team with the higher ladder position in the first two weeks through to the Preliminary Final in the third week.

Won the minor premiership by eight points, have been the stand-out side of the competition and quite rightly head into next month as the bookies favourites.

Coach Chris Scott (pictured above) will be leading the club into an eleventh finals campaign, in twelve seasons under his rein, such an impressive record and he has used rotations really well in order to give them the best possible chance of another flag.

Everyone is in good form, a real mixture of young/very experienced, and boast arguably the most potent strike force with Tom Hawkins, Jeremy Cameron and Tyson Stengle, who all made this year’s All-Australian squad, which was announced on Wednesday (24 August), having combined for 164 goals so far in 2022.

Current reigning Premiers, who will be looking to go back-to-back for the first time since the 1950s, have had a pretty strong season to finish runners-up on the ladder.

Won their opening ten matches, in a stella start, but then hit a rough patch during the midway point before finishing strongly and head in on the back of some decent form – although they failed to beat any of the other teams that finished in the top four.

Boast the meanest defence and have a fantastic midfield (which includes Max Gawn, Clayton Oliver (pictured above) and Christian Petracca), the Demons are still considered by pundits to be ‘the side’ when ‘fully-on their game’ and will have the bonus of two home finals.

Victorious in their last seven matches of the regular season to come storming home and claim third spot in what has been a very impressive campaign by the Swans – they captured the ultimate prize in 2012 and were grand finalists in 2014 and 2016.

Coach John Longmire has done a superb job re-building a team, which had consecutive bottom four finishes in 2019 & 2020, to now being a real contender.

Have a good balance of seasoned veterans, most notably Lance Franklin (pictured above) who comes to the end of his nine-year contract and would love to finish with a winners medal, along with a strong crop of younger players coming through which not only bodes well for now but also for the future.

No doubting they have been the revelation of 2022 with coach Craig McRae (pictured above), in his first year in charge, taking them from 17th last year to a top four finish and a genuine chance of the Premiership Cup which they won back in 2010.

Been the must-watch team for excitement and close finishes having set a new AFL/VFL record this season – nine matches by just a single figure margin.

That will be a serious weapon for the Magpies with that ability and mentality to come back or hold on, in these tense and tight finals contests, likely to serve them well.

It has been an excellent season for the Dockers that have surprised some people and probably exceeded expectation in qualifying for their first finals since 2015.

The West Australians have struggled interstate in recent years but certainly put that right in 2022 with seven triumphs on the road, including knocking over both Geelong and Melbourne on their home decks. Will have to travel if they are to go deep in September, so this change in fortune gives them plenty of confidence.

Further boosted by the news that both two-time Brownlow medallist and captain Nat Fyfe (pictured above) along with forward Rory Lobb will be back in time from injury.

A disappointing second half of the season saw the Lions, that had started so well winning eight of their opening nine, miss out on the top four ‘double chance’.

Have qualified for finals the last three years but don’t have a good record in them, only one victory from six matches, and this time round won’t have the luxury of a second bite of the cherry having finished down in sixth place.

More than capable on their day but been inconsistent in the last couple of months. Do have home advantage for their elimination final and a decent record at the Gabba (pictured above), 17 wins from the last 20, but will have to do without the services of influential midfielder Cam Rayner, through suspension for a week, after he lost his appeal.

Top scorers in the regular season and heading into September on the back of some serious form, winning their last four matches in which they kicked over 100+ points.

Another team with a good blend of youth/experience (keep an eye out for Shai Bolton – pictured above) and will be boosted by the return of 3× AFL premiership player, 3× Norm Smith Medallist and Brownlow Medallist Dusty Martin from a hamstring injury.

Last year’s Grand Finalists snuck into eighth position, on a dramatic last day of the regular home-and-away season, in what has been a rather difficult campaign.

Didn’t get off to the best start and had to deal with some off the field issues during 2022 (most notably the Bailey Smith incident in June), but whilst their form has been a bit patchy, the main thing is that they are there and in the mix come the pointy end.

History shows that not many clubs win a flag from outside the top four but the Bulldogs can take heart from the fact they did just that in 2016, from 7th place, and even last year won three interstate matches en route to finishing runners-up. 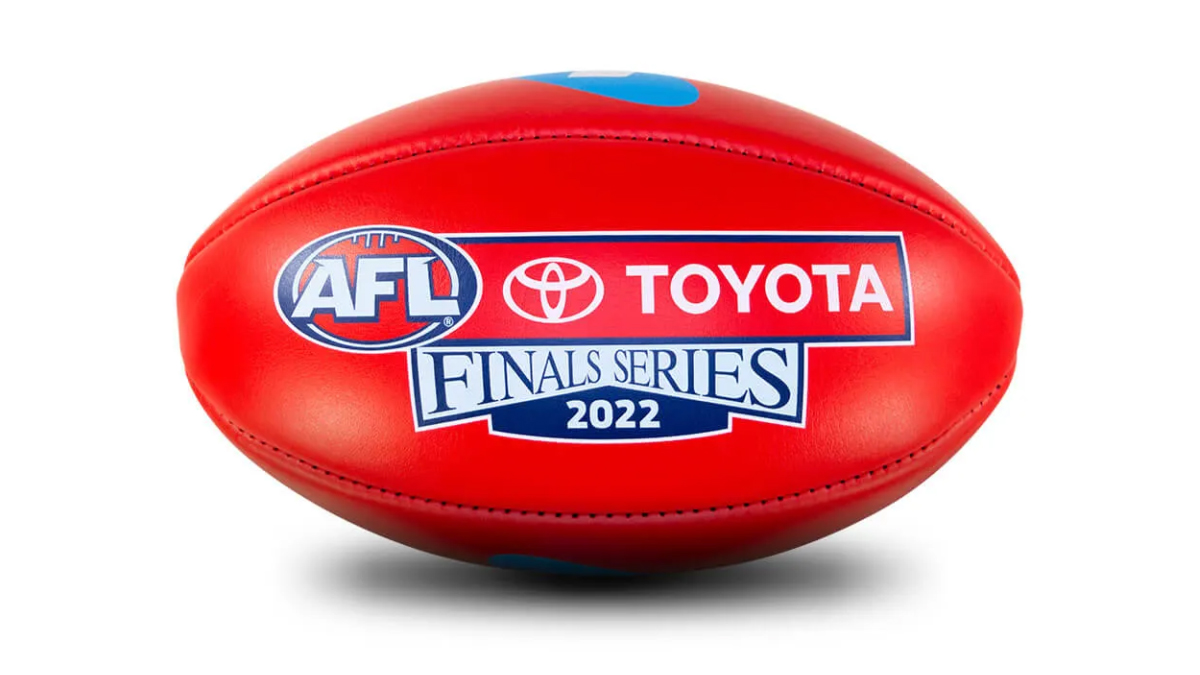