Matchday 5 of the National League North (Tier 6) commenced on Saturday, and with Matchday 6 being on the upcoming Bank Holiday Monday, squad rotation may play a pivotal role in the outcome of the games in the next few days. With only a handful of teams being full-time professionals, such as AFC Fylde, fitness can play a big part in results in Non-League football, and with large fixture congestion in Non-League football, with a number of games in the FA Cup and FA Trophy, it can be difficult to keep a same starting eleven for each game.

League leaders King’s Lynn faced Leamington at home, as they continue their bid for an instant return to the National League, whilst I went to watch the game between newly promoted Banbury United, as they attempt to continue their unbeaten start to the season, at home to Hereford….

This is how we line up against @HerefordFC today! pic.twitter.com/g7Ww9YXsUY

New signing Harry Parsons, who joined the Puritans on loan from Swindon Town, started on the bench for Banbury, who had former Northampton Town winger Morgan Roberts amongst their starting eleven.

Hereford was unchanged from their previous game, with former Macclesfield Town fullback Jared Hodgkiss captaining the side.

Hereford started strong in the first 5 mins, testing the Banbury defence with a corner early in the game. However it was Banbury who took the lead, after a freekick on the left hit the woodwork, Jay Williams fired in from the rebound to put the Puritans a goal up. Banbury had the momentum after that, and doubled the lead around 10 mins later, after a ball in behind found Henry Landers, who rounded the keeper to square it to Morgan Roberts, who still had a lot to do to beat two Hereford defenders on the line, placing it into the bottom corner to put the Puritans on the road to 5 games unbeaten.

Banbury dominated much of the first half, and looked comfortable going into halftime, however just before the halftime whistle, Ryan Mclean was on the end of some brilliant tiki-taka football by Hereford, to slot it past Banbury goalkeeper Jack Harding into the bottom corner, to give Hereford some hope going into the next 45 minutes.

There was a change for Hereford at half-time, as Harry Pinchard made way for Jethro Hanson, to try and change the game in Hereford’s favour. However Banbury regained their 2-goal advantage, after some poor defending by Hereford, Morgan Roberts latched on to a through ball which he slotted past Hereford goalkeeper Brad Wade from a tight angle.

Hereford looked deflated after being knocked back again, struggling to break down a compact Banbury defence. Shortly after the goal, Hereford made another change, bringing on former Wycombe Wanderers striker Aaron Amadi-Holloway, replacing goalscorer Ryan Mclean, in another bid to change the game. Amadi-Holloway won everything in the air after coming on, however, didn’t make any significant impact on the game.

Banbury United midfielder Josh Smile had a very good game, controlling the tempo of Banbury’s game, as well as picking up loose balls in the middle of the park.

More substitutions for both teams took place, with Orrin Pendley coming on for Luke Haines for Hereford with 20 mins left as they kept chasing the game. Banbury captain Giorgio Rasulo made way for former Oxford youngster Jack Stevens, who played a crucial role in their promotion campaign last time out. Harry Parsons made his debut for the Puritans, coming on with. 20 mins left for Henry Landers. Parsons showed his pace and physicality after coming on , bringing a useful option to the Banbury squad, adding to their squad depth in attack.

Banbury was shown a few bookings for attempting to run down the clock, as referees look to cut out time-wasting this season with more cautious early on.

Running out of words to describe this team another sensational performance! Still unbeaten in our first ever a National League North Season! pic.twitter.com/Z4AH996yaG

Despite late pressure with a few corners for Hereford, it was Banbury United who came out with a convincing win in front of a crowd of 1324, who saw Banbury continue their impressive start to their first ever National League North campaign.

In the other games of the National League North Matchday 5, there were 8 red cards in total across the matches. Three dismissals came in the game between Chester FC and AFC Fylde, where the away side won 1-0 to move up to 5th in the table. Kidderminster Harriers moved up to 3rd after a 2-0 win against newly promoted Peterborough Sports, who themselves have also had an impressive start to life in the National League North after their play-off winning campaign last season.

King’s Lynn stays top after a 1-1 draw against Leamington. They took the lead through Theo Widdrington in the 34th minute, and looked to go 5 wins from 5, however an equaliser in the 2nd half by Dan Turner meant the Linnets had to settle for a point, as they stay unbeaten in their pursuit of a return to the 5th tier.

Boston United stay bottom of the National League North after a 1-1 draw away to newly promoted side Scarborough Athletic. In a game with two red cards, an early goal from former Hashtag United and Northampton midfielder Scott Pollock gave Boston a positive start to the game, only to be cut out by an equaliser 3 minutes later by Scarborough midfielder Lewis Maloney, leaving Boston without a win and a poor start to the National League North campaign. 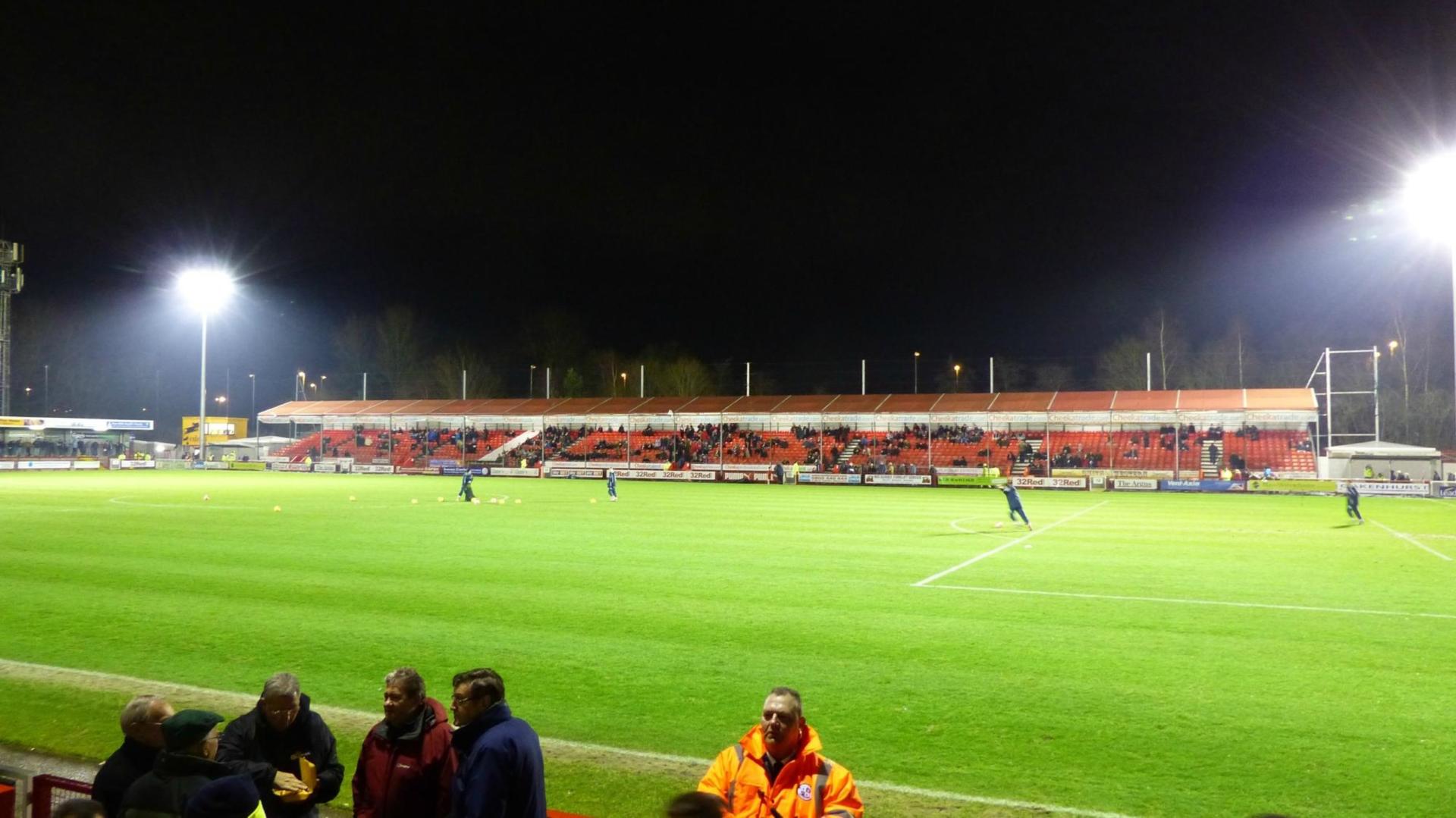