Africa has a lot of skilled soccer players. Those soccer players have consistently shown their worth and talent on the world’s biggest stages. Players like Achraf Hakimi, Mo Salah, Sadio Mane, Franck Kessie, Victor Osimhen, and many others have drawn praise from critics and fans alike. They’ll all travel to their respective countries to try and help their country qualify for the World Cup during the international break.

Now, with the first stage completed, teams are battling for a third-round berth in the second stage of African World Cup Qualification.

There are ten groups, each with four teams in them. Only one team in each group can advance to the third round of African World Cup qualification. The competition will be fierce and intense, and there will be tons of interesting matches. Read down below to see the biggest headlines and scores from Africa’s World Cup qualification.

Without breaking a sweat in the first half of Africa’s World Cup Qualification, Senegal has gone undefeated. They’ve accumulated nine points alongside a goal difference of 7. By now, their advancing to the World Cup looks almost certain. However, I think the world needed a reminder of their dominance over Africa.

PSG defensive midfielder Idrissa Gueye scored first in the 10th minute to give Senegal the early advantage. A little while later, Alanyaspor center-forward Famara Diedhiou scored to put the hosts up by two. Namibia looked outmatched, giving up multiple chances to the Senegalese side.

In the second half, Liverpool star Sadio Mane scored to give Senegal a wide lead. Namibia was given hope by right-winger Joslin Kamatuka’s score in the 76th minute, but Cagliari centre-forward Keita Balde’s strike helped to secure Senegal’s three points.

With the 4-1 blowout, Senegal continues their reign of dominance in Africa’s World Cup Qualification. Having secured nine points in the first half of the group stage, they’ll look to continue their good form. On the other hand, Namibia has only accumulated four points in their three games. Namibia will need to turn things around for the sake of qualification to the World Cup with a win against Senegal at home.

The game started well for Tunisia. FC Koln defensive midfielder Ellyes Shkiri scored the first goal of the game, putting Tunisia up one. Mauritania couldn’t withstand the deafening pressure, giving up chance after chance after chance.

Mauritania will try to earn their first points of the campaign next fixture at home against Tunisia, who will try to keep Equatorial Guinea at bay with a win against their foes.

Although Nigeria still looks set to advance out of their group, a loss against the Central African Republic could be a warning signal for Gernot Rohr’s side.

Both the Nigerians and Central Africans had a mediocre start to the game. Unsurprisingly, Kelechi Iheanacho and Victor Osimhen both created chances but were unable to score.

Things started to gear up in the second half. The Super Eagles kept on attacking, led by Iheanacho, Osimhen, and debutant Taiwo Awoniyi. However, the Central Africans pushed back against the Nigerians to find the winning score. Les Herbiers VF(French fourth league time) striker Karl Namnganda helped give the Central Africans the full three points with his goal.

Nigeria remains on the top of the table with six points, but the table figures to be close. Cape Verde and the Central African Republic are both tied for second with four points, with last-place Liberia not far behind with three points. With the first half of the group stage done, the Nigerians will need to get some things straightened out.

Algeria’s journey to the World Cup already looks sealed, even though they haven’t gone through the necessary qualifying stages. They emphasized that point by destroying their weaker contemporaries 6-1. In contrast, Niger will need to sort some things out to avoid that kind of gruesome scoreline.

Although it might have taken a little while for the Algerian offence to gear up, they dominated when they were able to. Algeria’s Riyadh Mahrez was the first score, putting a goal in the 27th minute. Not long after, Sofiane Feghouli, a Galatasary right-winger, scored again to put the hosts up by two.

Algeria was looking to rebound after an unfortunate draw against Burkina Faso. Niger wanted to keep their good form after a 4-2 win over Djibouti. Both had their fortunes reversed. After a 50th minute goal from Nigerien center-forward Daniel Sosah, Algeria stepped up production. City forward Riyadh Mahrez scored from the spot to make the score Algeria 3, Niger 1.

Soon, centre-back Zakaryia Souleymane would go on to own-goal. Unsurprisingly, Lyon forward Islam Slimani would score a brace in the dying moments of the game.

After an 8-0 win against Djibouti and a less extraordinary 1-1 draw at Burkina Faso, Algeria has followed up on their good form with a win against Niger. Their 6-1 win lifts them to the top of the table. Niger is third with three points. Niger will play Algeria at home in their next fixture.

In a game to remember for many Moroccans, a dominant Morocco side completely wiped out an overmatched Guinea-Bissau side. The scoring started midway through the first half with PSG starlet Achraf Hakimi’s 31st-minute score. After a tense period where three Bissau-Guinean players were yellow carded, Watford striker Imran Louza scored from the penalty spot to give the hosts a two-goal advantage.

The day would only get better for Morocco. Right-winger Ilyas Chaira knocked a goal in four minutes after halftime, giving the Moroccan side an almost certain win. The slaughtering didn’t stop there. Ayoub El Kaabi(Hatayspor) and Munir(Sevilla) both scored to end the game.

With one game in hand against their biggest competitors, Guinea-Bissau, Morocco moves into first place with six points. Guinea-Bissau keeps their second-place position in the group with four points. Morocco will travel to Guinea-Bissau to face them in a return fixture on October 9.

Sudan stays at the bottom of their table with one point. Guinea, with an extra game to play, moves into third with two points. Guinea plays Sudan at home in their next fixture.

DR Congo stays in second place in their group with five points, while Madagascar is last place with no points. Madagascar will attempt to stay in the 2022 FIFA World Cup qualification process with a good result against DR Congo.

Benin stays in first with seven points, while Tanzania stays put in third place with four points. Benin will have an opportunity to repeat their result at home against Tanzania.

Rwanda stays last place in their group with a measly one point, while Uganda moves to a conditional first place. Uganda will look to earn another three points in their return fixture.

With the win, Mali moves up to first place in their group with seven points. The Kenyans stay in third with two points. Kenya will play Mali at home in their return fixture.

Cote d’Ivoire stays in first place with seven points. Malawi is third with three points. Cote d’Ivoire will play Malawi at home in their return fixture next game.

With the win, Cameroon moves to second place with six points, while Mozambique stays in third with three points. Mozambique will try to avenge their loss with a win at home against Cameroon next game.

With the shock win, Angola moves up to third place in their group with their first three points. Gabon drops to fourth place, with only one point won. Gabon will need to salvage a gruesome World Cup campaign with a win against Angola in their return fixture next matchday.

With the win, Burkina Faso moves to first place(tied with Egypt, second on goal differential) with seven points. Djibouti is last in their group with no points. Burkina Faso will look to replicate their result with another win against Djibouti at home next game.

With the narrow win, Egypt moves up to first place in their group(tied with Burkina Faso, first on goal differential) with seven points. Libya moves down to second place in their group with six points. Egypt will play Libya away from home in a top-of-the-table match next game.

Ethiopia stays third with just three points, while South Africa moves up to first place in their group with seven points. South Africa will have a chance to potentially widen their lead with another win at home against Ethiopia next game,

Surprisingly, Ghana is stuck in second place with six points, while Zimbabwe is last place in their group with one point. Zimbabwe will try to get another point at home against Ghana next game.

Both teams tied, meaning that Togo gets their first points of the campaign. However, Togo still last place in their group. Congo has two points and holds third place in their group. The Congolese squad will try to elevate themselves into a contending position next game at home against Togo. 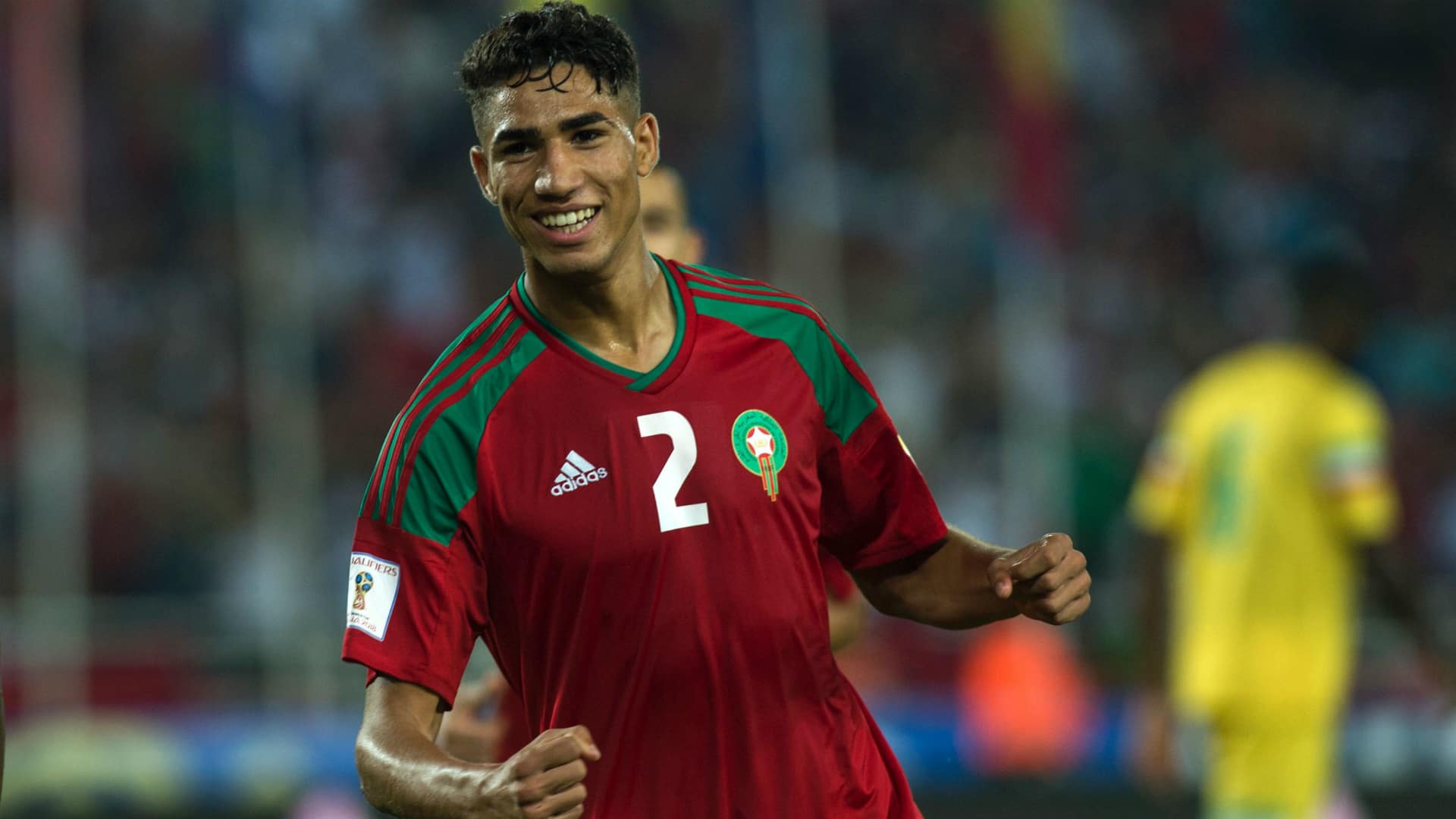