When Thomas Frank takes his Brentford to the London Stadium on Sunday afternoon, he will be well aware of the threat that Saïd Benrahma poses to the Bees.

It was in West London that the Algerian forward made his name in English football, lighting up the Championship for two seasons before making an inevitable move to the riches of the Premier League – across the capital to East London and West Ham United.

The Algerian wizard joined Brentford in 2018 for approximately £2.7m from Nice and amazed fans across the country with a remarkable 50 goal contributions in his two full seasons playing in red and white.

Along with Ollie Watkins (now at Aston Villa) and Bryan Mbeumo, Saïd Benrahma formed part of the formidable BMW that was 90 minutes away from achieving promotion to the top-flight in 2019.

Following a 2-0 loss to Fulham at Wembley, Watkins left the Brentford Community Stadium and Benrahma – eventually – followed, with a deadline day loan to West Ham, with an agreement to make the move permanent.

A slow start to the season under manager David Moyes limited Benrahma to cameo appearances off the bench for the majority of the time, although the winger was often effective as a substitute, assisting six times in the Premier League in 2020/21.

His only goal came in the final month of the season, a beautiful curling effort from 20-yards out that grabbed the Hammers a point at Brighton in their bid to get European football.

That dream was realised, with West Ham finishing 6th and qualifying for Europa League football for the first time and, with loanee Jesse Lingard not returning, it was time for Benrahma to repay the faith put in him by fans and staff alike.

After a strong pre-season (including a glorious long-range goal at Brentford), Benrahma started away at Newcastle United on the opening day and showed his worth to the team. Trailing 2-1 at half-time, the travelling supporters did not have to wait long for celebrations to begin. A brilliant Michail Antonio cross picked out Benrahma, who headed past Freddie Woodman to level proceedings at St James’ Park.

Not your typical Saïd Benrahma goal, it must be said, but one that proved the catalyst for not only the remainder of the match but also for West Ham’s season. Following Tomas Soucek’s smart finish to tuck in the rebound of Michail Antonio’s missed penalty, Benrahma found space out left and saw what he needed to do.

Michail Antonio had burst away from his marker, the Algerian had the composure to pick him out and August’s Premier League Player of the Month did the rest. It was a pivotal game for Benrahma in order to convince Moyes that this season was the one in which he would truly show his talents.

In the next game, West Ham hosted Leicester in what looked on paper to be a tough game for the Hammers, who finished a place below the visitors in the season just gone. However, a quick and fluid counter saw Benrahma cut back to Pablo Fornals to open the scoring before a red card to Ayoze Perez allowed play to open up.

This allowed the showboat inside Benrahma to flourish, with the winger capable of dancing past defenders like he was in a Gene Kelly movie, but rather than all-flash and no product, the 5ft 8in star has always had the capabilities to influence a scoreline as well, something that he is beginning to showcase on the biggest of stages.

Ten minutes into the second half, Caglar Soyuncu’s mistake left Antonio free and instead of going for goal, the striker picked out Saïd Benrahma inside the box for an easy finish into the bottom corner. It was a sign of what the 26-year-old could offer David Moyes’ side, with runs into the box helping to support lone striker Antonio in adding more goals to the side.

The match is mostly remembered for Antonio’s iconic ‘Dirty Dancing’ celebration after becoming West Ham’s all-time Premier League leading goalscorer, but Benrahma made it two goals and two assists in as many games to start the season in fine form. Nobody puts Benny in the corner.

His beginning to the new season led to a Premier League Player of the Month nomination, which his teammate Antonio won, and is evidence of the progress that he had made in East London. This progress is apparent in his defensive game as well, something that most people would not associate with the winger.

When compared with other attacking midfielders across Europe’s top five leagues over the past year, Benrahma shines in defensive categories. He averages 1.42 tackles won per game, placing him in the top five percentile, whilst he reaches into the top 15 percentile of pressures in the middle third of the pitch, with an average of 9.38 per game.

The work rate that Moyes demands from all of his players is having a wonderful effect on the former Brentford man, with the defensive side of his game improving consistently.

His ability to help maintain pressure on opposing defences and midfield allows West Ham to win the ball back quicker and counter in transition, evident in the closing stages of the 2-1 win at Elland Road last weekend, which saw Michail Antonio snatch a last-gasp winner over Leeds following an effective counter.

A goal against Manchester United and one in the Europa League has continued the winger’s fine form and means that when his old side come to town on Sunday, they will have to face off against a talent that has become a hard-working, disciplined and efficient member of David Moyes’ West Ham United side. 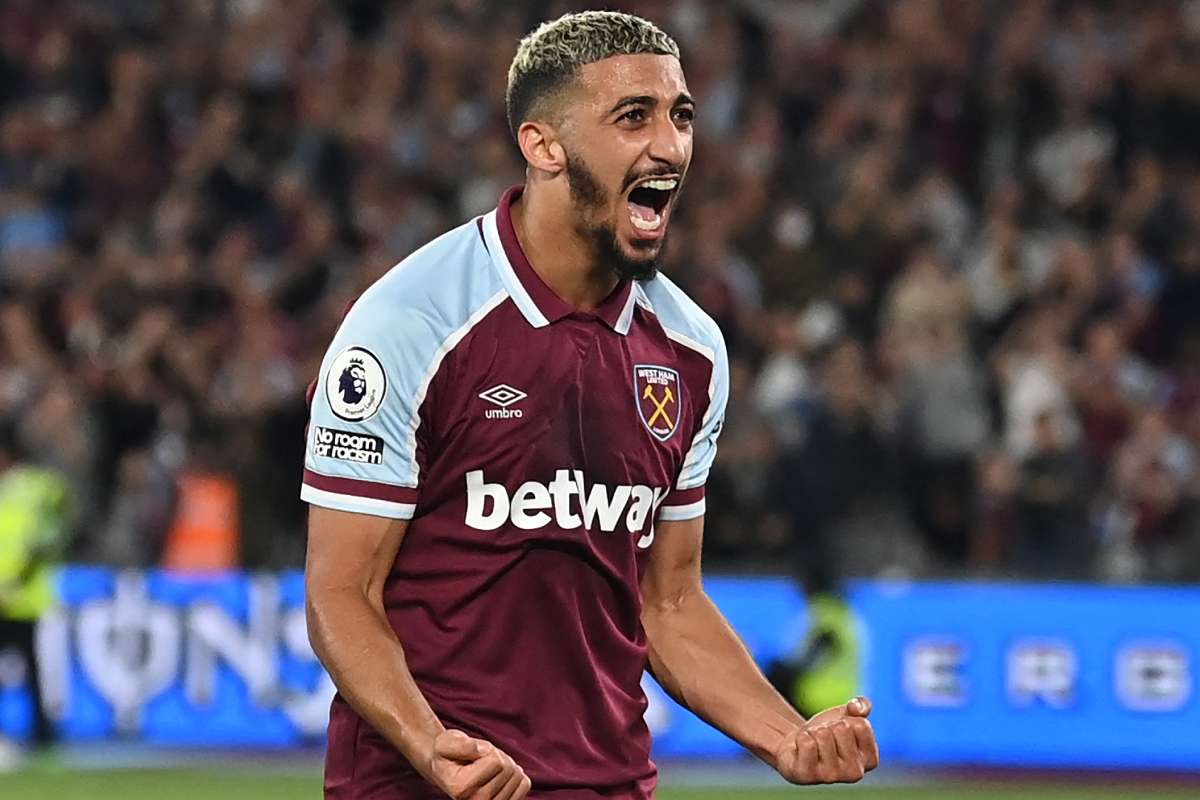