In just his fourth fight in the UFC Alex Pereira has become the organization’s new middleweight champion. In order to do so, he was forced to go through Israel Adesanya, a man who had not lost in the middleweight division and who had successfully defended his title five consecutive times. However, Pereira’s legendary punching power proved to be the difference when it was all said and done. Overall, UFC 281 was an exciting event filled with many memorable moments. There’s a lot to unpack here; without further ado, let’s get into it!

In the opening round, Pereira began relying heavily on the calf kicks and body kicks that helped him become a two division champion in Glory Kickboxing. Eventually, Adesanya wisely put Pereira in a body lock and began to tire him out. Adesanya finished the round by landing a huge overhand right that clearly stunned Pereira and forced him to wobble back to his corner.

Pereira dominated the second round. He started by landing well-timed left jabs that Adesanya could not avoid. Later, he utilized his feet and landed a left-footed head kick that made a visible impact. Just before the bell, Pereira scored a takedown that served as the exclamation point to a great stanza of the fight.

Early in round one, Adesanya scored a takedown. Although it seems impossible, this was actually the first takedown scored of Adesanya’s tenure on the UFC’s roster. The Last Stylebender has been so elite at striking that he hasn’t had to execute a successful takedown until his attempt at a sixth title defense; that is truly an amazing statistic. Adesanya used a ground and pound attack for several phases of the round and dominated the period with an immense amount of ground control time.

In round four, Pereira was clearly exhausted. He was not used to fighting past three rounds and he was not prepared for Adesanya’s strategy of grappling. Heading into round five, it appeared that Adesanya was comfortably ahead on the scorecards and he would cruise to another successful title defense. Early in round five, Pereira checked Adesanya’s attempted leg kick. This hurt Adesanya and he began to stumble. Pereira seized the moment and unleashed a barrage of punches that rendered Adesanya defenseless. The referee was left with no choice but to stop the fight.

This fight immediately reminded me of UFC 278 when Leon Edwards stunned Kamaru Usman in the fifth and final round. Like Adesanya, Usman appeared to be headed towards a successful title defense until his fortunes changed in the last period. Adesanya fought admirably but Pereira’s punching power clearly hurt him especially in the final round. Alex Pereira may be relatively new to mixed martial arts but his dedication to the sport has already made him a champion. The future of the middleweight division just became very interesting to say the least!

Carla Esparza entered the first title defense of her second reign as champion with a stoic look on her face. Weili Zhang, her challenger chose to warm up in the ring during the introductions. Though their pre-fight approaches were completely opposite, it was clear from the opening bell that both women came to fight.

Esparza attempted to use feints and jabs to set the tone early in round one. However, Zhang decided to apply pressure to nullify this tactic. She scored two takedowns in the first round and forced Esparza to scramble to avoid a rear naked chokehold submission. In round two, Esparza attempted a takedown of her own but Zhang used an excellent maneuver to establish an anaconda choke. This time Esparza was not able to escape and had no choice but to tap out.

With this victory, Weili Zhang has regained the women’s strawweight title. Most pundits considered her the best fighter in the division before the fight; now they can add the moniker champion when they describe the strengths she brings to the octagon!

Lightweight contenders Dustin Poirier and Michael Chandler held nothing back from the very beginning of round one. Chandler began the round by landing repeatedly with the right jab and putting Poirier on his heels. He followed that with two massive takedowns that gave him sole possession of the fight’s momentum. However, Poirier found the strength to fight on and landed a barrage of punches and elbows in the final minute of the round that stunned Chandler and let him know his opponent would not go away quietly.

Chandler scored another huge takedown in the first 30 seconds of round two. By this point, his nose was badly bleeding from the punches Poirier landed at the end of the first round. Overall, he dominated the round through ground control time. At the beginning of round three, Chandler scored yet another takedown. This time, however, Poirier was able to maneuver out of his grasp and establish a rear naked chokehold. The grip was too tight to escape and Chandler was left with no choice but to tap out.

Heading into round three, it looked like Poirier needed a stoppage in order to win. That’s exactly what he was able to achieve. The best fighters know it is best to take the decision out of the judges’ hands whenever possible. With his well-timed chokehold, Dustin Poirier was able to snatch victory from the jaws of defeat!

41-year-old bantamweight Frankie Edgar vowed that this would be his last fight, win, lose or draw. Rising prospect Chris Gutierrez seized the moment and performed well in front of a sold out crowd at Madison Square Garden. Gutierrez started with a spinning backfist that landed squarely on Edgar face. He followed that with a flying left knee that knocked Edgar out on impact! It was an anticlimactic way to end a career for Edgar; on the other hand, it was an exciting win for Gutierrez who continues his rise in the bantamweight division.

Lightweight division veteran Dan Hooker started his bout against Claudio Puelles by making great use of calf kicks. Two minutes into the fight, he changed his strategy and scored a takedown. However, Claudio Puelles seized the opportunity and attempted to secure a heel lock. Hooker eventually squeezed out of it but Puelles was able to control the round through ground control time.

Hooker unleashed a barrage of punches in the first minute of round two. Puelles responded with two takedown attempts but neither was successful. Hooker then landed a right-footed front kick to Puelles’ left rib cage. The impact knocked him to the mat and hurt him too badly for him to continue. The referee observed that Puelles could no longer fight back and mercifully stopped the fight. Dan Hooker is not currently ranked in the lightweight division, but tonight’s victory should change that when the new divisional rankings are released early next week!

Alex Pereira is a great kickboxer who is trying to become a mixed martial artist. He is clearly lacking in grappling skills and he was exhausted by the beginning of round four. All of that is true and yet he still found a way to win tonight. That spells trouble for the rest of the division. The new champion is only getting better and will be very difficult to dethrone!

The UFC returns next week with another edition of Fight Night from The Apex Center in Las Vegas. The main event of the evening will feature heavyweight veterans Derrick Lewis and Sergey Spivak in a battle that absolutely no one expects to go the distance! As always, we’ll have all the latest updates about the outcomes of the fights, as well as in depth analysis available right here at World in Sport! 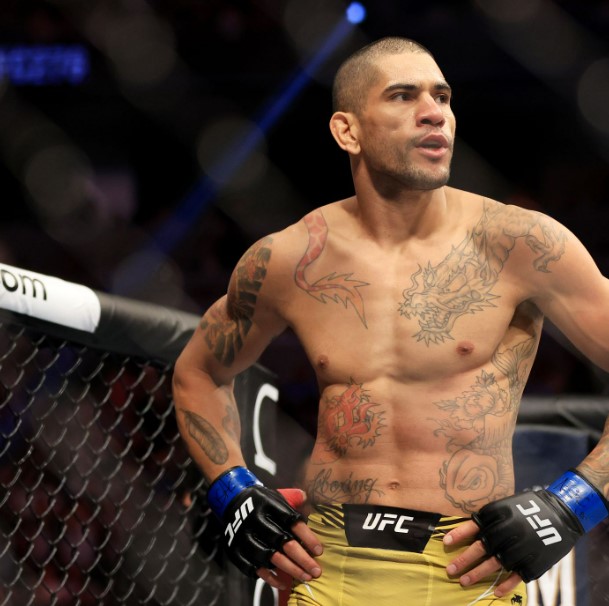