As a child, the worst part of freezing cold Chicago winters was the fact that we were stuck in the house. Unable to go to the courts to shoot hoops or even ride our bikes outside, my brother Marcus and I instead chose to pass time by playing hand after hand of Gin Rummy. One day when school was canceled due to a blizzard, my mother gave us each a dollar before she headed out the door to work.

She told us that we could take a trip to the bodega down the street and get something for ourselves as long as we promised to come right back home. We agreed. When she left, we began a new game of “Gin,” as we called it, right away. Emboldened by the fact that I normally beat Marcus when we played, I challenged him to bet his dollar against mine. Winner takes all. I was so confident about taking his dollar I could barely contain my excitement. I lost.

Losing my only dollar to my brother Marcus during a card game has to pale in comparison to the feeling inside Israel Adesanya after suffering the first loss of his career earlier this month. Adesanya entered the fight undefeated and heavily favored.

His attempt to move up from middleweight to light heavyweight has been derailed for now. In the world of combat sports, everyone will eventually be defeated. The most important thing is how you deal with the end of your invincibility.

There is no shame in losing to a champion like Jan Blachowicz; he was the better man on March 6th. Israel Adesanya must now determine where he goes from here. The following is a list of the most important factors he must consider.

Was he overconfident going into his last fight?

Moving up to light heavyweight meant abiding by a weight limit of 205 lbs. Israel Adesanya came in a full 5 lbs. underweight, even though he is noticeably taller than Blachowicz. He also carried a box of pizza with him onto the scales when it came time for the weigh-in.

While a bit of showmanship is good for the sport, any show of arrogance or disregard is bound to become added fuel for the opposing camp. Blachowicz had to take offense to be one-upped by a man who was new to the division. It’s quite possible that winning 15 out of his first 20 fights by knockout subconsciously made Adesanya believe he was untouchable. He owes it to himself to give this some serious consideration before climbing back into the octagon.

Stay at light heavyweight or go back to middleweight?

The Irish poet John Denham once said “Ambition is like love, impatient of both delays and rivals.” Adesanya’s ambitions are obvious; he wants to be the biggest draw in all of mixed martial arts. Compiling a 20-0 record as a middleweight, he was well on his way to superstar status. No, he wasn’t quite the modern Rocky Marciano, but he was the UFC middleweight champion and there were whispers that he’d become the best pound for pound fighter in the sport.

In order to go from rising star to solidified superstar, Adesanya decided to create a buzz by going after the reigning light heavyweight champion. Those plans backfired when Blachowicz showed the world that he’s much more than a paper champion. Adesanya must now ask himself which path is the best to help him achieve his goals, ambition or sustained excellence?

The general consensus is that the best two middleweight challengers in UFC are Robert Whitaker and Paulo Costa. The dilemma for Israel Adesanya is that he’s already defeated both men by knockout. Will the public pay to see him give either of these two men a rematch?

The last man to go the distance with him, Yoel Romero, has since signed with Bellator and is now fighting at light heavyweight. Should he take on the toughest challenger available or give someone lesser-known a shot at the belt?

Regardless of who he goes up against, the public will view his next fight as a comeback. If he is impressive, the pundits will say that he’s back to full strength. If his opponent is able to go the distance, they will say he is rusty after fluctuating in weight. If he’s not victorious, he will have to back to the drawing board completely.

Regardless of what he chooses to do next, Israel Adesanya remains one of the biggest names in mixed martial arts. The question is, will he be able to bounce back from his first loss and achieve more than before? We’ve seen stars like Anderson Silva, Conor McGregor and Rhonda Rousey struggle to regain their footing after their first defeat. For his part, Adesanya has remained confident.

He took the classy route in congratulating Jan Blachowicz on his victory, and he says he plans to come back better than ever. His grit and determination have taken him from his beginnings in Lagos, Nigeria to a man who’s been to every major city in the world. It is that will to compete and overcome obstacles that will drive him going forward. If his history is any indication, expect Adesanya to rise from defeat and become one of the biggest superstars in the sport. 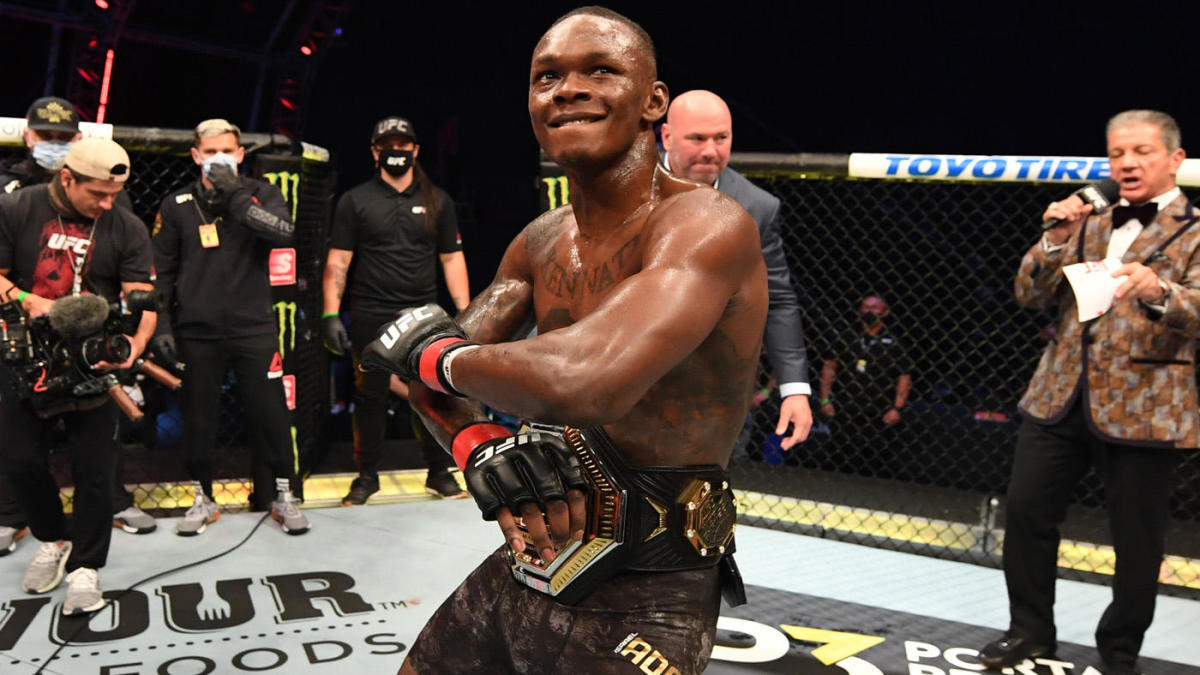