As a professional mixed martial artists, Israel Adesanya has only suffered one defeat in his career. That loss came as a result of an ill-advised foray into the light heavyweight division to challenge Jan Blachowicz for the UFC championship belt. Blachowicz did his job that night, and showed the smaller Adesanya that weight divisions were created in combat sports for a reason; smaller men have slim chances against similarly skilled big men when they are each professionally trained. Although Adesanya was humbled that night, it does not compare to the brutal loss he suffered as a kickboxer to Alex Pereira back in 2017. Pereira won with a highlight-worthy knockout that evening. Now, five years later, he has climbed the mixed martial arts ladder and will challenge Adesanya for the organization’s middleweight championship belt at UFC 281. There’s a lot to unpack here; without further ado, let’s get into it!

Israel Adesanya is known as “The Last Stylebender” because he is among the most versatile fighters in mixed martial arts. In the middleweight division, he has acquired an aura of invincibility that few have ever known. He is able to strike with accuracy that rivals an Olympic archer. He is also an elite grappler in spite of the fact that his 6’4″ frame puts him at a disadvantage against shorter, more compact middleweights. He is undefeated in the middleweight division with five consecutive title defense to his credit. Alex Pereira may have defeated him as a kickboxer, but overcoming Adesanya in mixed martial arts presents a much more complex challenge.

Alex Pereira only has three fights under his belt as a member of the UFC’s roster. He has skyrocketed to fame in the world of mixed martial arts due to his incredible kickboxing career, which included stints as the Glory Middleweight Champion and the Glory Light Heavyweight Champion. It is also no secret that fights that will generate ticket sales will be made regardless of the tenure of the participants. The entire world of combat sports knows that Adesanya wants revenge on Pereira, while Pereira believes he can put an end to Adesanya’s reign of terror. On Saturday, at Madison Square Garden, these two warriors will meet in the center of the octagon to settle their dispute once and for all. You won’t want to miss it!

After losing the UFC’s women’s strawweight championship in 2015, Carla Esparza stayed focused on the goal of reclaiming her title. Earlier this year, in May, Esparza achieved her goal of reclaiming the belt when she defeated Rose Namajunas, more than seven years after she initially lost her crown. Her upcoming bout against Zhang Weili at UFC 281 will be the first title defense of her new reign as champion. One thing’s for certain, as hard as Esparza fought to reclaim her crown, she will not relinquish it without a fight!

In 2021, Zhang Weili challenged reigning strawweight champion Rose Namajunas for her title twice. Unfortunately, she was defeated both times. The second defeat came via a split decision, in which many pundits thought that Weili was the rightful winner of the bout. However, she was able to bounce back with an impressive spinning backfist finish against Joanna Jędrzejczyk in June of this year. Her display of skill and power was enough to remind the mixed martial arts world why she is one of the best women’s strawweight fighters in the world. On Saturday, she will get her chance to defeat the champion, and be crowned the best in front of the entire world.

Dustin Poirier is a man who needs no introduction. The philanthropically-minded Baton Rouge native has become one of the most popular fighters on the UFC’s roster. He is famous for being the former Interim Lightweight Champion, as well as his trilogy against Conor McGregor. However, Poirier’s most recent chance at becoming a champion, at UFC 269 in December of last year, did not end well. He suffered a disappointing defeat at the hands of Charles Oliveira. On Saturday, at UFC 281, he will get a shot at redemption in a bout against Michael Chandler, one of the marquee names in the division.

Michael Chandler has a mediocre record of two wins and two losses as a member of the UFC’s roster, however, he is ranked fifth in the lightweight division. This is largely due to his impressive run as a member of the rival organization Bellator, where he won the lightweight crown and had many impressive title defenses. To Chandler’s credit, he has only faced top tier talent since joining the UFC and has never faced an unranked opponent. If he is able to defeat Poirier on Saturday, he will be right back in the discussion for a shot at the lightweight crown.

Bantamweight veteran Frankie Edgar has been a professional mixed martial artist since 2005. He joined the UFC in 2007, when the organization’s events were being televised on Spike TV in the United States, a network that is no longer in existence. To say that he has witnessed the exponential growth of mixed martial arts firsthand would be a gross understatement. He has lost four out of his last five fights, but at 41-years-old, he has paid more than enough dues to earn the respect of his peers. There are rumors that his next fight will be his last. If that is true, there is no better way to leave the sport than finishing with a pay-per-view event at the world famous Madison Square Garden!

Bantamweight challenger Chris Gutiérrez hasn’t lost a fight since November of 2018. In the four years that have transpired since his last defeat he has amassed six wins and one draw, including a current streak of three consecutive victories. He is currently unranked, but a win at UFC 281 against a well known fighter like Frankie Edgar could change that in a hurry. Make sure to tune in to witness these two gladiators lay it all on the line in the center of the octagon!

Dan Hooker was once one of the biggest names in the UFC’s lightweight division, with many assuming that he would be an eventual champion one day. However, he has lost four out of his last five fights and is now fighting to remain among the organization’s top fifteen fighters in the division. Hooker’s next opponent, Claudio Puelles, is on a five-fight win streak but is on the outside-looking-in of the divisional ranking. Be sure to tune in to watch Hooker attempt to retain his position while Puelles attempts to replace him in the rankings. This will be an all out war and you won’t want to miss it!

UFC 281 can be viewed via pay-per-view on BT Sport in the United Kingdom and through ESPN Plus in the United States. As always, we’ll have all the latest updates about the outcomes of the fights, as well as in depth analysis available right here at World in Sport! 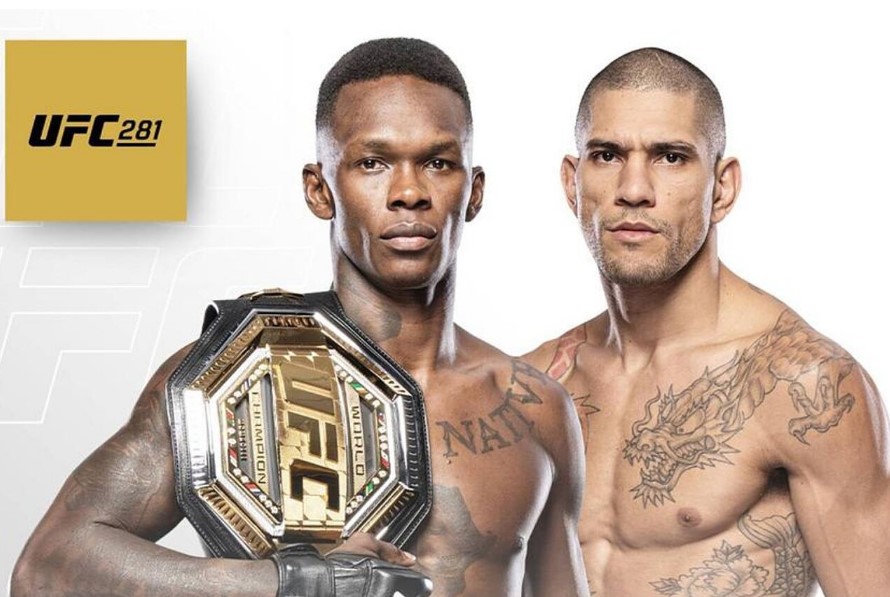