Islam Makhachev has come under a bit of fire in the past few days for verbally agreeing to finally fight Rafael Dos Anjos but then pulling out but considering the risk of fighting a fresh tough opponent just a week after fighting and considering what would be at stake are people being fair regarding Islam Makhachev?

It’s been a crazy past few days in the MMA world with UFC 272 fast approaching fans excitement has been through the roof at least until the news of this week’s co-main being scrapped due to Rafael ‘Ataman’ Fiziev, Rafael dos Anjos opponent pulling out due to COVID. The 11th ranked lightweight is the second lightweight to pull out of an upcoming fight due to illness or injury within the past week with the first being Beneil Dariush Islam Makhachev’s would-be opponent.

Despite Dariush’s inability to fight Islam still fought in the main event last week against Bobby Green this was met with a somewhat mixed response from fans as Green is an unranked lightweight but despite this, he has a solid fanbase due to his heart in the octagon. And despite Islam making short work of Green, some fans are still not convinced about Islam’s legitimacy as the true no1 contender for the belt considering he has only fought one ranked lightweight in Dan hooker who funnily enough took the fight with Makhachev on short notice.

Due to these thoughts when Islam tweeted he was ready to step in to fight Dos Anjos both his fans and doubters were excited at this for various reasons. One being this fight was supposed to happen long ago and most importantly Islam would be fighting a ranked lightweight and former champion of the division which is a win for Islam as he gets to prove himself, up his stock and popularity, and most likely gain a title shot s versus the winner or Gaethje V Oliveira.

So with this in mind, you could understand the irritation when it came to light the next day Makhachev had pulled out especially when he voluntarily put his name in the hat. Talking tough with no intention to back it up would never go down well with fans and evidently with Dana White himself who like fans expressed confusion and irritation at Islam pulling out. Dana White has now announced that Islam will now fight Dariush as intended and some see this as some sort of punishment for Islam pulling out as most fans of the UFC thought after Green Islam’s next fight would be for the belt.

I personally do not agree with this as I think regardless of Islam’s decisions realistically the belt would not be for again likely until late 2022 with Oliveira and Gaethje fighting in may it makes sense for Makhachev to get another fight under his belt against Dariush who is targeting a June return.

I can understand why Islam refused as any rational person should but in truth even if this rescheduling with Dariush was some sort of punishment Islam would only have himself to blame along with the criticism from the fanbase as what he did (verbally agree) wasn’t exactly necessary so I don’t think the criticism he is receiving currently can be considered harsh or unfair I think it’s perfectly valid. 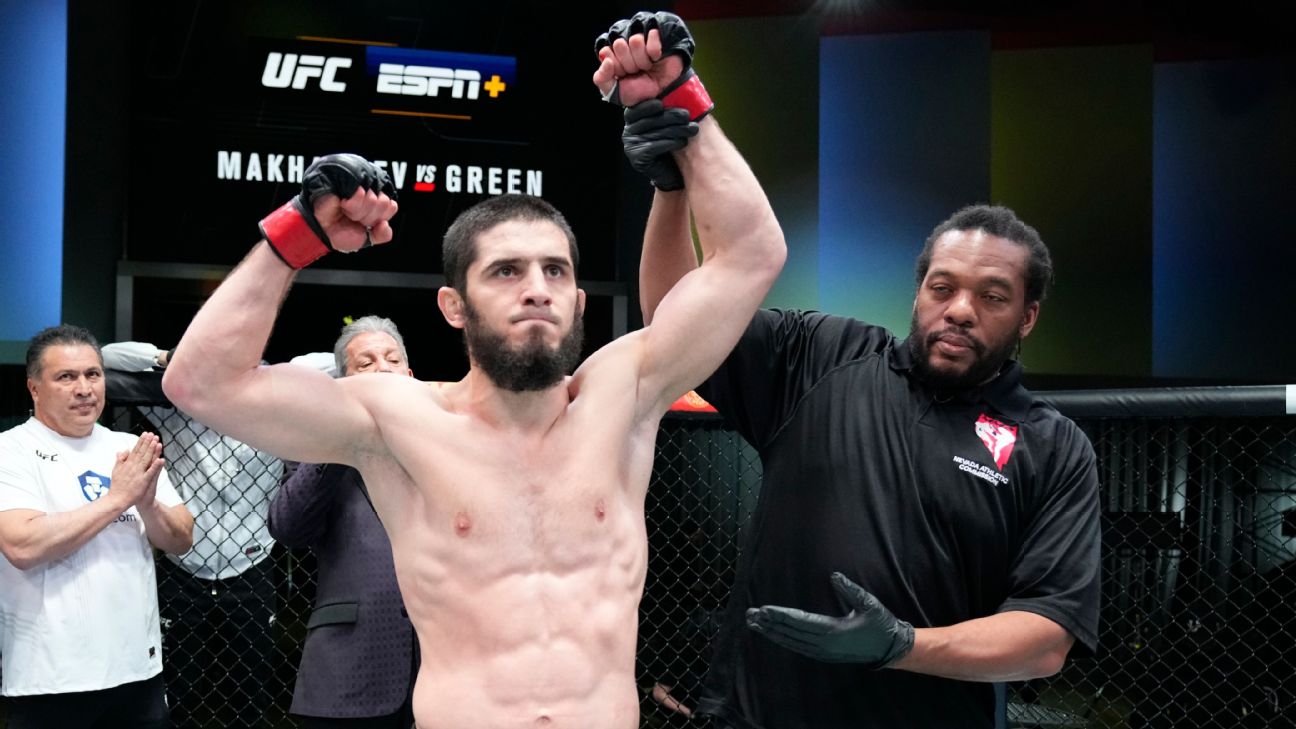