Familiar faces reunite as Andy Murray welcomes back Ivan Lendl in his team for the third time in his career. The 61-year old first coached Murray in 2012, where the Scot claimed his first Grand Slam title at the US Open, after claiming a Gold medal at London 2012.

This was backed up by a first Wimbledon title in 2013.

And a second in 2016, during his second stint with Lendl.

And finally, a rise to the top of the ATP rankings at the end of that same year.

Lendl then started to work with Sascha Zverev, post his second stint with Andy, from August 2018 to July 2019, when they parted ways due to a combination of poor results and personal differences.

Why Has Murray Opted For A Third Stint?

The former World Number one has concerns about how poor he has been mentally over the past few weeks, something which Lendl was able to help him out with significantly in their earlier time together.

His behavior on the court was far less emotional under the Czech and it seemed as if they built a good vibe between them and Murray knew what he was doing.

With the re-appointment of Lendl, there is hope that Murray can re-discover his 2012 to 2016 peak again.

Given the fact that he has decided to pull out of the French Open in May, this gives him more time to prepare for the Grass Court season, which starts in June.

Moreover, the Scot is on the lookout for new additions to his coaching team, as his former Deputy, Jamie Dalgado is now with former world number three, Stan Wawrinka.

Murray had an indifferent start to 2022. After reaching the Sydney International Final, he lost in the second round of the Australian Open to Japanese Qualifer, Taro Daniel in straight sets.

He also reached the fourth round of the Rotterdam Open, Qatar Open, and the Dubai Tennis Championships.

It will be interesting to see what the next couple of months has in store for the former British Number One.

For more news and updates from tennis, tune into World In Sport. 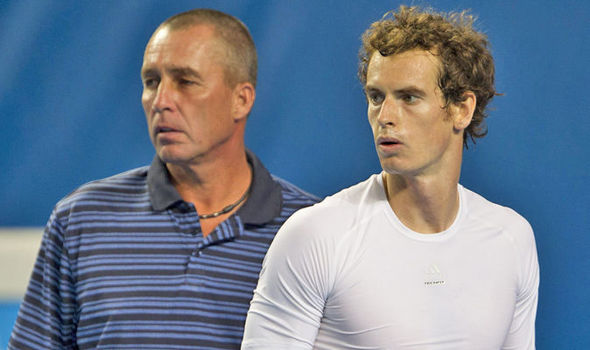