In the 3rd and final match of the Paytm T20 series Sri Lanka couldn’t play the spinners well. Ravichandran Ashwin was the star as he took the best match figures by an Indian.

Ravichandran Ashwin took 3 wickets in his first seven balls as India cleaned out Sri Lanka in the third and deciding Twenty20 International (T20I) at Visakhapatnam. He has match figures of 4/8 in his four overs.

Ashwin took out both openers, Niroshan Dickwella and Tillakaratne Dilshan, in his first over before getting Sri Lankan skipper Dinesh Chandimal off the first ball of his second over. He finished off with the wicket of Asela Gunaratne, as he took out the top four Sri Lankan batsmen early to leave the visitors reeling at 20 for 4 by the fifth over.

After Ashwin, it was Nehra turn, he cleaned up Siriwardana for only four run because of Jadeja’s direct-hit, Prasanna fell short. Prasanna was run out by sir Jadeja’s brilliant fielding. He was out for 9. And then Ravindra Jadeja chipped in with the wicket of the lone top scorer of the Lankan innings Shanaka for 19 runs. Sri Lanka was struggling.

They continue to struggle as Senanayake out caught-behind by skipper Dhoni. Raina took Senanayake’s wicket and later in the same over Perera mistimes he gives catching practice to Jadeja. This was a surprise package from Raina he took 2. His match figures were 2 for 6.

Sri Lanka was bundled out for 82 runs only. Their innings didn’t even last for 20 overs.

India openers were set target of 83 (lowest score) to chase in a T20I match.

India chased down this target in style with both Rohit and Dhawan batting with ease. They both made it a bad day for Sri Lankan team.

In their quest for quick runs and to chase this target down quickly. Rohit Sharma gave his wicket to Chameera. He was out leg before for 13. We were waiting Yuvraj to come in after Rohit’s wicket. But captain Dhoni had his own ideas.

He sent Rahane to bat instead of Yuvi. Both Dhawan and Rahane chased down this small target without any further damage. Dhawan 46*, Rahane 22* guided India through.

India wins this match and the seal this series 2-1.

This is the second series win on the trot.The first series win came against the Aussies.

Man of the Series – Ravichandran Ashwin 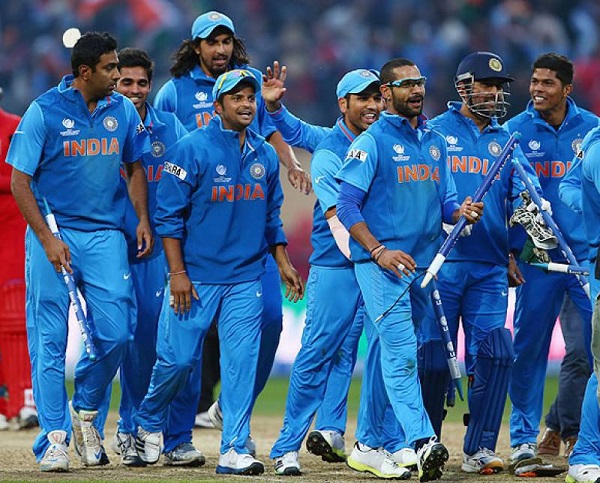