Audi has confirmed a “strategic partnership” with Sauber F1 for the 2026 season.

Audi announced in August this year that they would join F1 as a power unit supplier. Rumours of partnerships with pre-existing teams on the grid, such as McLaren, have been discussed in the media. However, today the news broke of where the German outfit will find itself in Formula 1.

Audi has confirmed a “strategic partnership” with Sauber for 2026. Sauber currently races under the Alfa Romeo brand, a partnership that will be non-existent come to the end of 2023.

Audi, part of the Volkswagen group, is planning to acquire a stake in the Sauber group. Sauber currently runs with Ferrari engines and will continue to do so until 2025, when Audi’s power units will replace them in 2026. Right in time for F1’s regulation change.

2026 includes massive changes for F1 cars, including the chassis and power units, aiming to shrink the cars down and increase electrical power for engines. Audi will develop their engines at their German base, whilst Sauber will create their chassis at their Swiss outfit.

“The partnership between Audi AG and Sauber Motorsport is a crucial step for our team as we continue to make progress towards the front of the grid.

“To become Audi’s official works team is not only an honour and a great responsibility, it’s the best option for the future, and we are fully confident we can help Audi achieve the objectives they have set for their journey in Formula 1.”

Audi also expressed hope towards the future project. The Audi AG Board Member who is responsible for their Formula 1 entry, Oliver Hoffman, stated:

“We are delighted to have gained such an experienced and competent partner for our ambitious Formula 1 project,”

“We already know the Sauber Group with its state-of-the-art facility and experienced team from previous collaborations and are convinced that together we will form a strong team.”

Sauber has had a history of partnerships within its tenure in F1. The Swiss team entered the sport in 1993 and was bought and owned by BMW from 2006-2009. After a few years of independence, in 2019, they became the team we know today as Alfa Romeo. Sauber has boasted World Championships within its ranks, such as Kimi Raikkonen, Jacques Villeneuve and Sebastian Vettel, also kickstarting the Formula 1 career of Ferrari driver Charles Leclerc. Their current drivers are former Mercedes driver Valtteri Bottas and rookie Zhou Guanyu.

Audi’s entrance into the sport coincides with a regulation change, so it will be interesting to see how another name and engine manufacturer interprets these new regulations.

Their partnership with Sauber also means a massive cash injection for the team. Extra funds will be welcome for a team trying to gain an advantage in the midfield and for the 2026 regulation change.

Furthermore, Sauber ending their engine ties with Ferrari leaves one less spot on the grid where Ferrari can promote young drivers from their academy. Audi will undoubtedly want a driver that suits its brand image, which could impact the driver market in 2025. It also shows midfield teams are breaking away from being customers to top teams and taking a more independent route.

Whilst this collaboration is a while off, the partnership will start soon, leading to testing in 2025. By 2026 it will be interesting to see where Sauber is in the midfield and the drivers they have on board to lead the project.

Are you excited to see Audi partner with Sauber in F1? Or would you rather they entered the sport as a separate manufacturer and boosted the grid to eleven teams?

Let us know what you think about this news in the comments! 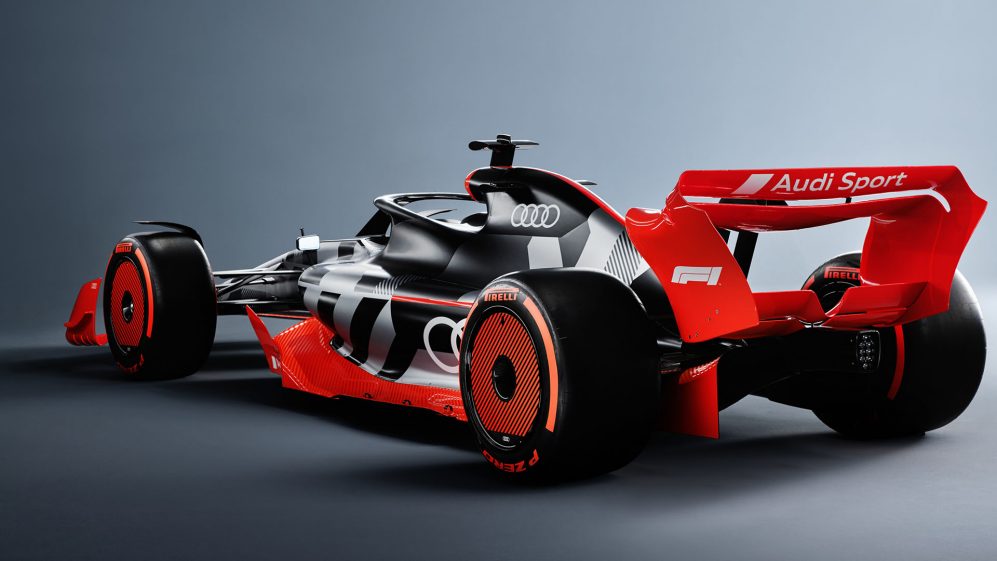