When people speak about the best racehorses in the world, the same names will always appear Shergar, Red Rum, Kauto Star and more recently Tiger Roll, to name a few. Want to know more about horse racing, here’s a useful guide on how to bet on horses online..

Little has been said about Baaeed, a lightning-quick Thoroughbred owned by the Shadwell Estate in Norfolk, who was placed in the trusty hands of renowned trainer William Haggas after foaling in 2018.

The colt has an incredible record since commencing its racing career in 2021 as a three-year-old. His jockey, Ascot native Jim Crowley, had plenty of flat-racing honours to his name before the pair teamed up; the Coronation Cup, Commonwealth Cup and Sun Chariot Stakes to pick a few, alongside being crowned British flat racing Champion Jockey in 2016.

It was an epic partnership, with Baaeed ready to roar as soon as his racing career commenced. Crowley has been noted to describe him as the “perfect racehorse” with Haggas commenting that he is “the pupil that every headmaster wants. He is just good at everything he does”.

It certainly makes a good report card, especially as racehorses can be so hit-and-miss. Between injuries, unpredictable temperament and just pure bad luck – it’s almost impossible to place all bets on any particular horse without a risk. Baaeed, on the other hand, consistently appeared to be a safe horse with a guaranteed win.

As a descendant of Sea The Stars, it was assured that fiery velocity would be in the blood. The latter had won at the Irish Champion Stakes, Epsom Derby and 2000 Guineas during an illustrious career that ended in 2009.

June 7th 2021 in Leicester saw Baaeed’s first race with Irish jockey Dane O’Neill taking the reigns for the first two meetings before Crowley took over. At 6/1 on a good to firm ground, the blistering colt won comfortably on a 14 runner-field and perhaps surprised those who had not expected such a fine win on a maiden race.

The highly anticipated second win came just 12 days later at Newmarket with the bookmakers placing their confidence in him by pricing at 6/4.

Several critics were ranking Baaeed as one of the best in the world, with his flawless record and evident desire at getting better and better with each race. An impeccable strength and powerful engine gave him a special talent where he can appear to start a race at a slow pace, then charge past the other runners in a steady but rapid tempo that sees him finish comfortably without any doubt of anything less.

It was announced just before the Champion Stakes at Ascot on 15th October 2022 that it would be the last race for Baaeed who would go into retirement unbeaten – hopefully. The bookies placed him at a 1/4 favourite with a soft ground over 10 furlongs. Plenty of experts would have backed Baaeed to win the race easily and bow out in style, but a rather astounding turn of events saw him beaten with an eventual fourth-place finish, Irish-bred Bay Bridge soaring to a first-place finish. It was perhaps the most unanticipated and downright heartbreaking end to his career in not achieving that sworn clean sweep.

Perhaps now Baaeed will be remembered not for his lightning speed, but for the race he did not win. 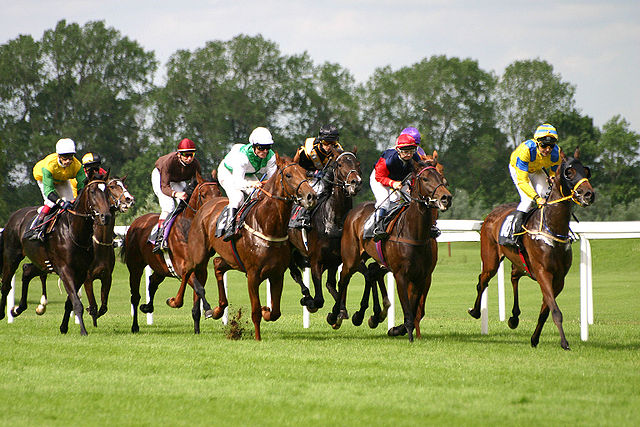