There was a lot of talk a few months back about legacy in sports and it seems to be a subject that is always going to be brought up in one way or another.

What started my passion for the topic was back when Denver Broncos quarterback Peyton Manning got blown out in Super Bowl XLVIII and people started talking about is he still one of sports greatest of all time or is he overrated because he now has more playoff losses than any NFL quarterback in history?

Then just a few days later Lebron James then of the Miami Heat did an interview where he started talking about the NBA’s mount Rushmore and how he’s already earned a spot on it when he retires. Finally at the start of the 2014 MLB season the legendary Yankee shortstop and Captain Derek Jeter announced his retirement from baseball at the end of the season and reporters began to say did he hang on too long?

Did he hurt his chances of being a first ballot Hall of Famer etc.? Which got me thinking as an Internet sports reporter myself; if my dream came true and I was on national television or radio what would I be saying about any of these situations so I decided to put my thoughts down in this column.

First of all let’s examine the word legacy. Legacy is defined as the mark that one leaves after their career is over and that in and of itself is the first problem here. None of these three who had sparked these discussions have fully left their respective games yet; and in the case of Lebron James we know he’s not even close to retiring.

Now granted he did the interview himself so he wanted the subject to be talked about but in my opinion it was a stupid move because the point I’m trying to make here is that everyone’s opinion will change once careers come to an end so it’s not a matter what is said in reaction to what is said in a moment.

Secondly let’s delve deeper into the term legacy itself because just like everything else that all sports reporters do it’s all subjective. Every reporter asked every question is going to have a different answer than the man or woman who was asked before him or her was.

Then the matter becomes even more needlessly complicated because in order to talk about what legacy actually is you have to compare it to the legacies that others have left before the athlete in question; and in order to do that you have to talk about the era in which the athlete played in, which in the case of say Peyton Manning vs. Terry Bradshaw or Joe Montana or even to an extent Steve Young would mean that you’re talking about two entirely different versions of NFL football in terms of the athletes that were on the field and how the game was played.

You would then have to do the same approach for NBA Basketball and Major League Baseball in regards to Lebron James and Derek Jeter.

So you see now you understand the name of this column because the trouble with defining legacy in sports is that you can’t really define it at all the way it’s currently defined by the sports reporting community and to some degree the athletic community as well. All you can actually do is get an opinion from one reporter to the next or one athlete to the next. As such the point of my column here today is to just say that in my humble opinion the term legacy shouldn’t be used about at all if it’s going to continue to be utilized as one that means comparison.

Instead it should be redefined in discussions by allowing each and every athlete to stand alone and when and if they make the Hall of Fame of their respective sport; then it’s okay to start talking about their career vs. other athletes because you’re not comparing them to another career. Instead you’re putting their career alongside other great careers and to me that is what any athlete who plays a sport wants. They want to be remembered not compared.

That is the true definition of legacy and I’m sure if you asked any of these three guys that would be how they want to be remembered; as themselves and what they were able to do, not by being told you weren’t as good as this other guy because of this, this or this. It’s 2014 and every game has evolved numerous times since their inception. So isn’t it time for the way that sports are talked about to evolve too? 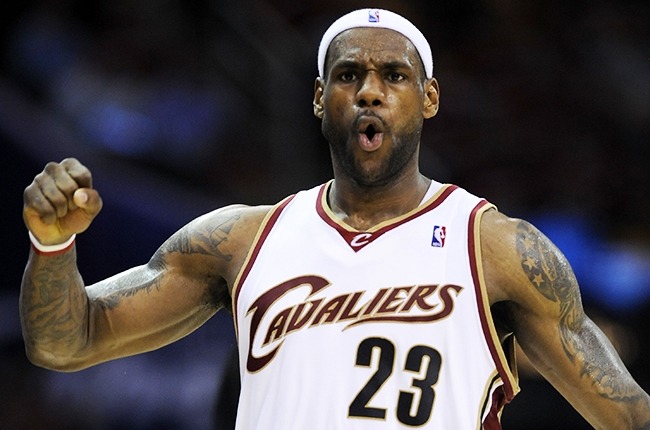