Australia beat India by 3 wickets, scoring the required 14 runs off the last over by Umesh Yadav. The match kicked off in style the new round of limited overs internationals matches between these rivals. Fans will be delighted, if this trend continues in the remaining matches as well.

The match was played on a low and slow wicket at Vizag. Australia opted for a pace dominated attack, while India went with a spin dominated attack. The match turned out to be a game, whose fate was decided by who bowled better in the decisive moments. Sadly, India missed the key moments during the game, both with the bat and the ball.

What worked well and what didn’t?

The first half of the Indian batting was pretty solid with KL Rahul scoring a chancy, but timely fifty. Rahul and Virat put India in a strong position at 69 for 1 after 8 overs. However, over aggression on the part of the Indian batsmen and the clever use of pace variation by Aussie bowlers, combined to ensure that India lost their remaining batsmen without them having much impact on the total. Dhoni had to play the savior, battling with the tail to ensure a respectable score for the bowlers to defend.

The pitch had no demons in it, but was not conducive for stroke play, particularly against the older ball. The Indian batsmen could have focussed on getting the ones and twos rather than going for expansive shots. The longish tail also resulted in Dhoni having to deny easy singles and giving away dot balls.

‘In Jasprit we trust’ must be the slogan of this bowling unit. Bumrah bowled beautifully at the top and towards the end, keeping India well ahead in the game. But the bowlers around him baring Krunal, who was excellent, bowled without much thought.

Chahal and Umesh were downright disappointing. Chahal bowled way too flat and fast for a spinner to succeed on this pitch. The fact that Maxwell and Short scored most of their boundaries off the back foot is a clear indication of bad length. Chahal did not look like the champion spinner he normally is. I have nothing else to say. Umesh was terrible throughout the innings and the moment I saw him take the last over, I started to worry. All through that costly last over, Umesh bowled without a clear plan. He could have seen the gem of a 19th over that Jasprit bowled and could have replicated that. Rather he bowled low full tosses with room for the batsmen to drive, length deliveries without change of pace and pretty much mindless.

Virat would have been very disappointed to see Umesh give away 14 runs off the last over, quite against the run of play, until then. Additionally, the lack of thought in the spinner’s bowling today would have disappointed him further. On a pitch that called for taking the pace off and making the batsmen drive, the spinners bowled flat and fast. Enough said!

Australian bowlers Coulter-Nile and Cummins, quickly adapted to the pitch and showed how to make scoring difficult for the batsmen. Coulter-Nile’s clever variation of pace and his off-cutter made the over aggressive Indian batsmen mis-time their shots and give away their wickets. He was instrumental in India ending their innings with a low score of 126 rather than a match winning total in excess of 150.

In fact, none of the Australian bowlers bowled badly. Zampa was the only bowler who could be said to have not bowled well. Much like his Indian counterparts, he too fell prey to bowling flat and fast.

Short and Maxwell played brilliantly. When they were batting, the match looked like that it would be a cakewalk for the Aussies. However, once Maxwell got out, the Australian batsmen played like deer caught in the headlight of a vehicle. Handscomb, Turner and Coulter-Nile did their best to give the match on a platter to the Indians. That magical 19th over from Bumrah ensured that the offerings were taken gleefully along with interest. However, things did not finish as poorly for the Aussies!

Every time one sees Jhye Richardson, they realize that this guy is a star in the making. Today with the bat, he showed the composure to score important runs in the last over. The young man did not have a great day with the ball, but he was excellent with the bat against Umesh’s inept bowling. Cummins, at the other end, kept his head as well and played his part in helping Australia score the required 14 runs off the last over.

India will be disappointed at the all round sub-par performance by the team. This was a match that they could have won, despite being poor in general. Aussie lower order batsmen kept their head and scored those required runs, after their middle order committed ‘harakiri’.

Overall, this was not a match of high standards. Both the teams played error filled cricket and at the margin Aussies emerged victorious. One hopes that both the teams will lift their games up and provide a close, but high quality cricket match in the upcoming matches.

For more details of the match, please visit Cricinfo 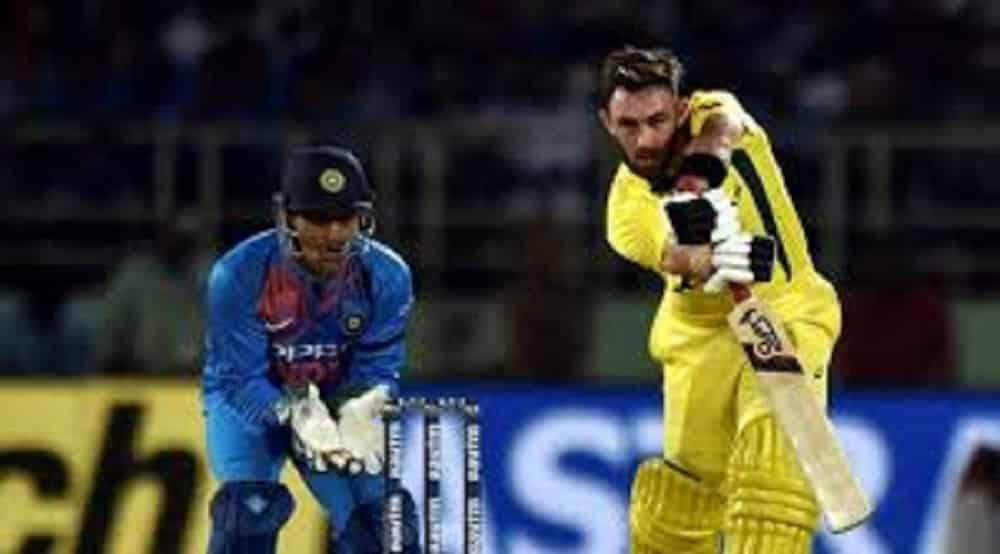