All attention draws to Twickenham this weekend, as England host Ireland in their inaugural Autumn Nations Cup fixture. Both Northern Hemisphere rugby nations are known for their classic encounters, and this Saturday will be no different as both sides seek to get one over their traditional rivals.

The Northern Hemisphere rugby rivalry dates back to 1875, and a total of 136 test matches have been played between these two sides. England has been the far superior rugby side winning a total of 79 tests, while Ireland have only managed to win 49 tests and 8 matches have ended with both sides scores even.

Will we witness Ireland’s 50th triumph over England this weekend?

Both sides played to a tightly contested Six Nations fixture earlier this year with England winning 24-12 at Twickenham. In what was an evenly contested game, England displayed their champagne rugby in front of their home crowd with a solid defence and clinical finishing. In what was a surprise to many, England led 17-0 at the break making full use of their try-scoring opportunities and extremely accurate placekicking.

The second half saw Ireland deliver a formidable fight back, however, the English defence held their ground only conceding two tries, while their attack brought in a single try in the second half to secure the triumphant victory for England.

By winning the Six Nations encounter, Coach Eddie Jones’ side retained the Millennium Trophy; the prestigious trophy which has not been in Ireland’s possession since 2018.

Can England make it two out of two this Saturday in the Autumn Nations Cup?

England coach, Eddie Jones, has made four changes to his England starting lineup who thrashed Georgia last weekend. Englands first-choice flankers, Tom Curry and Sam Underhill are set to start this Saturday, along with both first-choice props, Mako Vunipola and Kyle Sinckler set to run out starting for England in the Autumn Nations Cup test.

Coach Jones has restored faith in the same backline with the Captain and kicker, Owen Farrell, set to lead England against the side his father, Andy Farrell is the head coach to.

Can Owen Farrell kick England to victory this Saturday?

The other notable change sees in-form scrum-half, Jamison Gibson-Park, rewarded for his solid performance last weekend. Gibson-Park is selected above Irish veteran, Connor Murray, who finds his spot on the bench. Inside centre,

Coach Farrell elected the youthful lock, James Ryan to lead Ireland out onto the field for Saturday’s test match, filling in for injured Irish captain, Johnny Sexton who is ruled out as injured.

Will James Ryan have a memorable match leading Ireland for the first time in his career?

Both sides are walking into this encounter with a must-win attitude. England versus Ireland will be the biggest and tightest game this weekend. Ireland does face more challenges as two key players are unfortunately injured for this Autumn Nations Cup test.

With the current form of the England team and the experience this side has, I will go with an English victory by 12 points for this Autumn Nations Cup test.

Who do you think will win the epic Autumn Nations Cup test? Let us know in the comments below and most importantly stay tuned for the best sports blogs on @WorldInSport 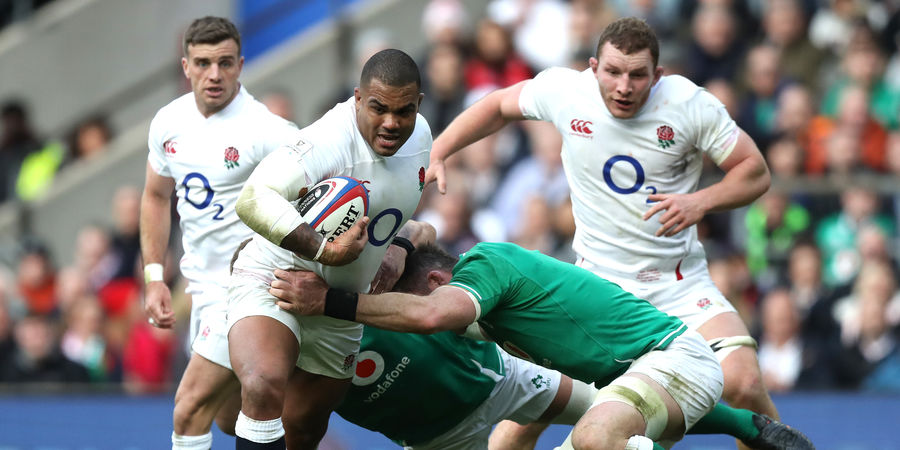