Barry Bonds wasn’t a good teammate but he was always a good player.  He debuted in 1986 for the Pittsburgh Pirates. He was a very good rookie and by 1990, he was an absolute beast in the batter’s box, on the base path’s, and in left field. The Pirates won the NL East but failed to reach the World Series 3 years in a row. In 1990 they lost in 6 games to the eventual World Series champions, the Cincinnati Reds. In 1992, Andy Van Slyke played one of his best seasons, while Bonds was winning his second MVP award. 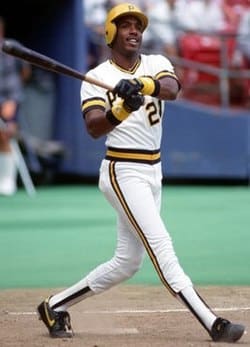 After losing in the playoffs, it was a no doubt decision that Bonds would leave in free agency. Who would want a MVP that has a bad attitude and is mediocre in the playoffs? The answer is the San Francisco Giants gave him the richest contract in baseball history (to that point). The Giants had a chance to go back to the playoffs in 1998 but lost a 1 game playoffs to the Chicago Cubs.

Bonds showed up in 1999 looking a lot larger than he ever did before. He suffered a string of injuries this year that left him unable to play for the remainder of the season. In his return season 2000, he hit 49 homers. He was 36 years old and was helping his team make it to the playoffs and beyond for the first time in his career. His teammate Jeff Kent was giving Bonds the help he needed, as a fellow MVP. 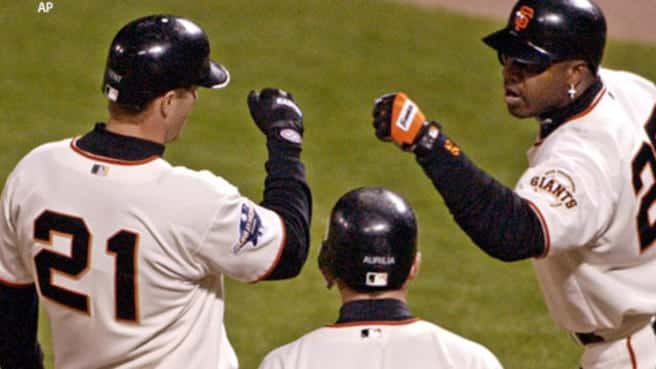 In a playoff game in 2000 Bonds worked a 2-0 count. He then took 3 straight strikes to lose the game. They were down 1 run in the 10th inning and had two outs. In the next game of that series, Bonds went hitless. It seemed his playoff woes were continuing in San Francisco. The game after that was a Bobby Jones one-hitter to clinch the series. In the following year, the Giants had fallen out of the playoffs, but it was not because of Bonds. In fact, this was the first of his four straight NL MVP awards. That was also the year he hit 73 home runs. The Giants had finished behind the Diamondbacks for the next two seasons.

“Barry Bonds wasn’t a good teammate.” He was not, in 2002 Bonds and Kent got into a fight that had to be broken up by Dusty Baker. Despite two of the best players on the team fighting with each other, the Giants made it to the Wild Card that season. They won the wild card, and with clutch hitting from Bonds they beat the Braves in the NLDS, too. In the NLCS Bonds was walked a lot. With all of the free bases given to him, the Giants won the series and advanced to the World Series against the L.A. Angels.

The Giants opened with a bang, with Barry Bonds hitting a home run in hs first World Series at-bat and leading his team to a 4-3 victory. Bonds hit a solo shot in the 9th inning of game 2 to cut the lead to 10-11. They ultimately fell short with the Angels tying the series. In game 3, pitcher Liván Hernández went 3.2 innings pitched and 5 earned runs. The Giants fell short again despite Bonds’ 3rd homer of the series. In game 4, they stopped intentionally walking Bonds. The gave the former MVP’s pitches to hit, which they did. The Giants won that game 16-4.

The Giants were up 3-2 in the series. In game 6, they were leading 5-0 in the 7th inning. They could almost taste the champagne and feel the trophy in their hands.  Felix Rodriguez took the mound and gave up a 3 run shot to the very next batter. Bonds wouldn’t get another at-bat but he did heavily impact the game. Another player homered to make it 5-4. After two bad fielding plays in a row, the Angels went in front 6-5, and the series was tied at 3.

In game 7, which was located in Anaheim, the Angels attacked Hernandez again making him give up another 3 runs. The Angels had taken game 7 and the commissioners’ trophy.

After that World Series loss Bonds would never get close again. The following year he won his 2nd of 4 consecutive MVP awards, and the Giants improved to 103 wins. But Barry’s father had died that year. He also began to feel the heat of a steroid investigation. They lost the NLDS to the Marlins who won it all that year. Bonds wasn’t done raking but he never again made the playoffs. Therefore, he retired with no rings. 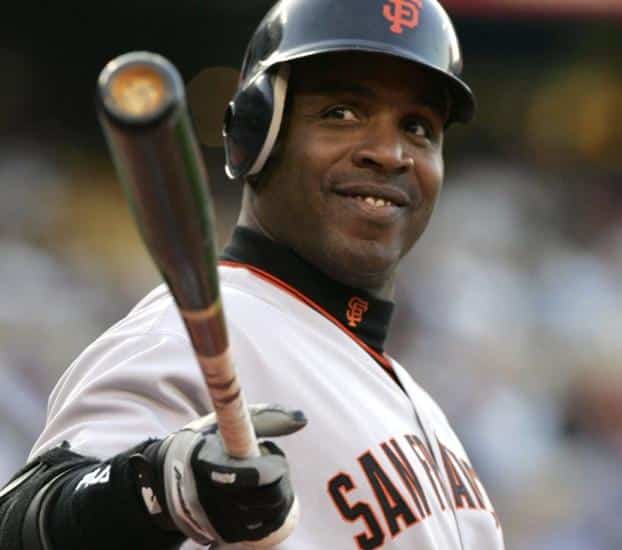