The Cleveland Browns have released Odell Beckham Junior following serious rumors he would be traded prior to the trade deadline.

“After careful consideration, internal discussions and conversations with Odell and his representation, we’ve determined that it is in the best interest of all parties involved that Odell no longer play for the Cleveland Browns,” executive vice-president and general manager Andrew Berry said.

“We appreciate all of his efforts and contributions while in Cleveland, but we’ve just reached a point where it is best that we move forward as a team without Odell. We are finalising the process of granting Odell his release and we wish him well as he continues his career.”

The Browns and Beckham agreed to a reworked contract. He will now head to ‘Waivers’, where the teams with the worst record in the NFL will get the first opportunity to claim him. If Beckham clears Waivers, he can sign with any team of his choosing.

Beckham, who turned 29 on Friday, had attempted and failed to get a move before the NFL trade deadline on Tuesday, the same day in which his father caused a stir on social media by sharing a video of Browns quarterback Baker Mayfield not throwing passes to his son. As well as Beckham Sr’s post, NBA superstar LeBron James sent a tweet saying: “OBJ will show again why he’s special. WR1 #FreeOBJ.”

Cleveland subsequently excused Beckham from their team practices on Wednesday and Thursday, with NFL journalist Michael Silver reporting head coach Kevin Stefanski had told his players that OBJ was “essentially not on the team right now”. Berry has since been meeting with Beckham’s representatives to negotiate a reworked contract and his release from the team.

“We’re moving on,” Browns coach Kevin Stefanski said of Cleveland’s decision to release Beckham, via Cleveland.com. “It’s unfortunate how it happened. I think it’s unfortunate for both sides, but we have to move on and put our focus on this game versus Cincinnati.”

Beckham was chosen by the New York Giants in the first round of the 2014 NFL Draft. He played five seasons for the Giants, the first of which saw him pull off the famous one-handed catch that made him famous against the Dallas Cowboys in November 2014. In March of 2019, the New York Giants traded Odell Beckham to the Cleveland Browns. In return, the Giants received first- and third-round picks in the 2019 NFL draft, along with safety Jabrill Peppers.

After joining Cleveland, the exiting receiver began to struggle. While former general manager John Dorsey traded for the receiver envisioning a return to the elite form that made Beckham one of the league’s best offensive weapons during his first three seasons, Beckham was often undermined by injuries or a lack of chemistry with Mayfield.

In 29 games stretched over two-and-a-half seasons with the Browns, Beckham caught 114 of 210 targets for 1,586 yards and seven touchdowns. In six games in 2021, he caught just 17 of 34 targets for 232 yards and has not scored a TD. In Sunday’s loss to the Pittsburgh Steelers, Odell had one catch for six yards, the lowest mark for a full game in his career.

It is unknown what team Beckham may go to as if he passes waivers then he can go to any of the 31 NFL teams that may want him. Las Vegas has a clear need after Henry Ruggs III’s tragic DUI and fatal car crash that resulted in his release. Las Vegas could also be a good home for the eccentric nature of Beckham.

New Orleans made several calls on receivers leading up to the trade deadline, and with Michael Thomas out for the year, this has to be a bottom-three receiving corps in the league, so the addition of Beckhma would make an immediate impact. However, with only $998,000 in cap space they may struggle to free up enough room to entice Beckham.

The Browns (4-4) are currently in last place in the AFC North which is far below their pre-season expectations and visit division rivals the Cincinnati Bengals (5-3) on Sunday. 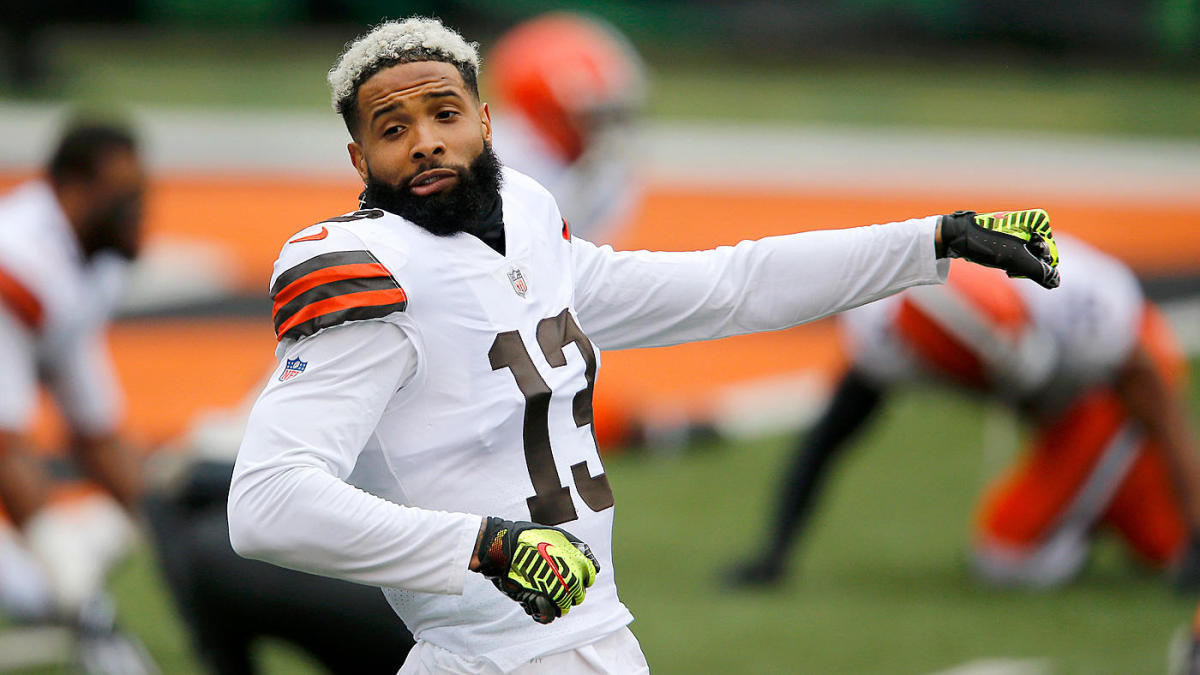