If Michael Oliver was refereeing a boxing match instead of the Manchester Derby, he would have surely stopped this one-sided contest to save the home side from further punishment long before the 94th minute. As the boos rang around a sparsely populated Old Trafford, his whistle in the fourth minute of injury time finally drew to a close a supremely dominant performance that could and should have been more emphatic for the visitors who bossed play from first to last.

Simply put, Pep Guardiola’s side destroyed United in the 186th Manchester derby, sapped their will, toyed with them, and brushed them aside with ease. The final whistle was surely a blessed relief for those United faithful left in the ground, and those no doubt watching around the world, as this defeat bordered on cruelty.

United need now to take stock, as the wounds from this fixture, with the memories of the mauling by Liverpool still fresh, will take some time to heal.

City’s jubilant fans, delighting in the schadenfreude of the occasion, and confirming their status as the noisiest of neighbours, had a field day, loudly serenading United manager, Ole Gunnar Solskjaer, throughout the second half. To the tune of Baby, give it up, they gleefully sang, “Ole’s at the wheel,” urging the Norwegian to give them a wave in between full voice ironic renditions of ‘Ole Ole Ole Ole.’

Calls will inevitably come for Solskjaer’s head after this abject display in which everyone involved in a red shirt had an off day. But their problems run a lot deeper than simply replacing the manager. United players, inept and error-strewn in defense, overrun in midfield, and easily contained in attack, will know only too well that they produced a dire, toothless performance unworthy of the shirt.

Yes, United had to rejig after the massive loss of Varane at the heart of their defense, and the news just before kick-off that Cavani had failed to recover from a knock, but in truth, no lineup that United could have put out would have lived with City today. Three points may have separated them in the league before kick-off, but a vast chasm divides them in terms of personnel, shape, class, and football philosophy.

City began brightly, all confident possession, classy passing, full of composure, skill, and hard work with and without the ball. In the 5th minute, though, United gained some respite with a free kick 30 yards from goal. Shaw put the ball into the City penalty box and Maguire evaded the attention of Diaz but put his header over the bar.

From the resulting goal kick, City worked the ball out of defense, via midfield to the right wing, where an unmarked Kyle Walker whipped in a deliciously inviting cross. The ball flew across the United box without a finishing touch but the alert Foden recycled the ball and crossed for Jesus to tap in. An excellent block by Lindelof prevented a certain goal.

But City kept the attack alive. Man of the match, Jaoa Cancelo picked up the ball on the left, and with Aaron Wan Bissaka failing to close him down quick enough fired in a cross which Eric Bailly athletically deflected past De Gea and into the United net.

From that moment on, it seemed only a matter of time before a second went in. City dragging United from side to side across the pitch, causing panic in the home defense every time they got near the United goal, hemming the reds into their own half. And it would have been 2-0, but for two gravity-defying saves from De Gea a few minutes later.

First, a double stop from Kevin De Bruyne and a follow-up from Gabriel Jesus were magnificently palmed away to safety. Then another almost own goal by Victor Lindelof was saved by an outstretched leg to keep United in the tie.

But all of De Gea’s heroics came undone on the stroke of half as City notched up a bizarre second.

Again an unchallenged Cancelo sent an in-swinging cross into the United box from the left wing. Maguire and Shaw stood still, expecting the ball to drift out of play for a goal kick, unaware that Bernardo Silva had not given it up. Silva got a toe to the ball which limped tamely toward De Gea, who fumbled it as if it were a hot potato and as time seemed to freeze the ball squirmed from his grasp and ended up in the United net.

It was a pitiful amateur calamity. And as the referee signaled for halftime, an angry home crowd booed United off the pitch.

Manchester United emerged in the second half with Eric Bailly replaced by Jadon Sancho, and for a brief spell, the home side looked in better shape to enter into a contest. But this, too, like the result against Tottenham, proved to be a false dawn. United players wandering around demoralised and devoid of ideas as Manchester City reasserted themselves, ruthlessly passed them off the park with confident ease. Twice more the visitors hit the woodwork and could have added more goals to their tally, but such was their dominance, the result was never in doubt.

There will be repercussions for this defeat. All of those with a vested interest in the red half of Manchester will need a response. The manner of the capitulation – the abject performance against rivals. The lack of spirit, fight, energy were simply not good enough. And being outclassed by a City side who had the good grace not to swagger with arrogance as they so completely dominated a United side on their own ground cannot be allowed to stand.

What happens next will define the kind of season United will have. They need an overhaul because they are not a good enough side for the stature of the club or worthy of their loyal support. For City, this welcome stroll in the park was a gift for their fans as they march forward to challenge for honours leaving their near neighbours in their rearview mirror with much work to do to compete at this level. 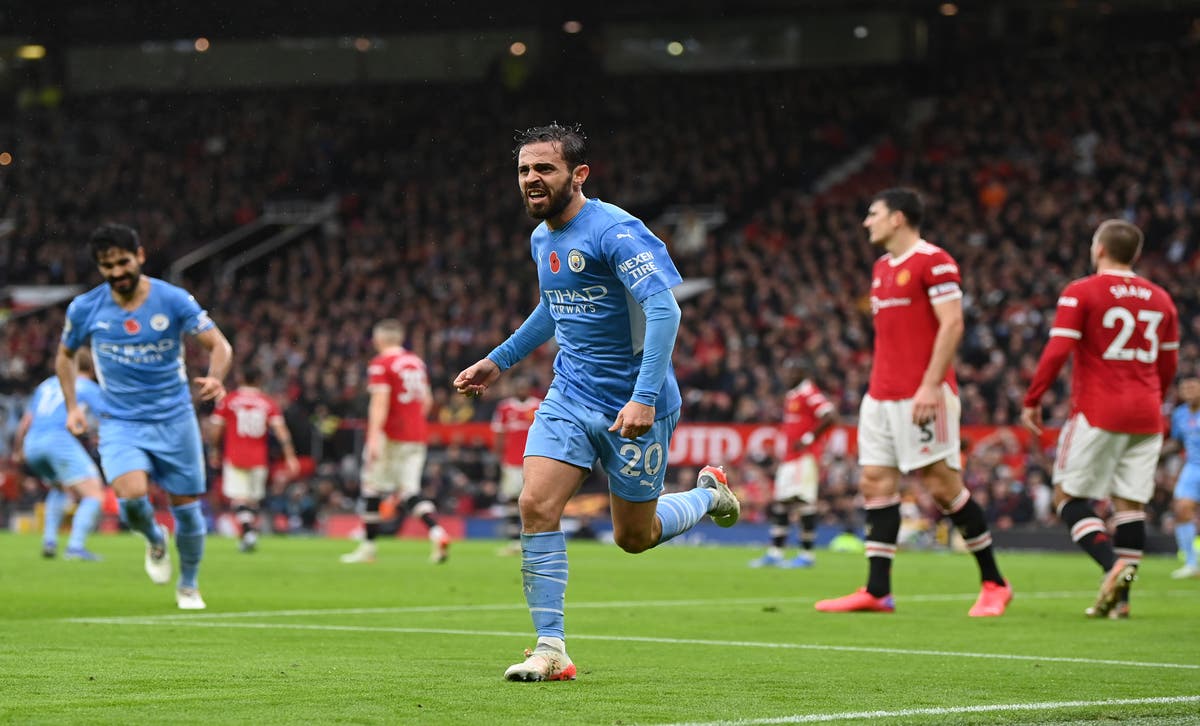