The Las Vegas Raiders have released wide receiver Henry Ruggs III on Tuesday night following his involvement in a vehicle crash earlier in the morning that left a woman dead.

Ruggs faces felony charges of driving under the influence of alcohol resulting in death and reckless driving. He was released from a hospital and taken to jail earlier Tuesday ahead of an initial court appearance scheduled on Wednesday.

The Chevrolet Corvette that Ruggs, 22, was driving slammed at high speed into the rear of a Toyota Rav4 on a busy thoroughfare in a residential area several miles west of the Las Vegas Strip at about 3:39 a.m. local time Tuesday.

Ruggs and his passenger, Kiara Je’nai Kilgo-Washington, with whom he has a young daughter, were hospitalized with “serious” injuries that police said did not appear life-threatening. The Toyota burst into flames and the driver and her dog died, police said.

Ruggs “showed signs of impairment,” police said in a statement that did not identify the woman who died.

Clark County District Attorney Steve Wolfson did not immediately respond to messages about the charges.

Probation is not an option in Nevada for a conviction on a charge of DUI causing death, which carries a possible sentence of two to 20 years in state prison. The possible sentence for reckless driving is one to six years in prison, with probation available.

Ruggs’ attorneys, David Chesnoff and Richard Schonfeld said they are investigating the crash on behalf of their client “and ask everyone to reserve judgment until all the facts are gathered.”

Chesnoff declined additional comment after Ruggs was released from University Medical Center and booked into the Clark County Detention Center. Chesnoff and Schonfeld also represented Raiders running back Josh Jacobs after his Jan. 4 single-car crash. Jacobs was arrested for DUI, but charges were never filed after an investigation found his blood-alcohol level was below the legal limit.

ALSO READ:  J.J. Watt Likely To Miss The Remainder Of The Season With Shoulder Injury
Embed from Getty Images

The Raiders, who do offer car services for players who might need them and have a player engagement program that warns players of such risks, didn’t wait for the courts to act, sending out a brief statement Tuesday night announcing Ruggs’ release. The Raiders had issued a statement earlier in the day saying the team was aware of the crash, “devastated by the loss of life,” and “in the process of gathering information.”

NFL spokesman Brian McCarthy issued a statement saying, “Our hearts go out to the family and friends of the victim of this horrific tragedy. We will continue to gather facts and monitor the matter under our policies, but our thoughts at this time are with those impacted by this devastating incident.”

The Raiders (5-2) were on their bye week but reported back to team headquarters on Monday before having an off day on Tuesday. They were scheduled to begin practicing Wednesday before Sunday’s game at the New York Giants (2-6). The Raiders have already been involved in a scandal this season with head coach Jon Gruden resigning following the release of racist emails.

Ruggs was the Raiders’ first-round draft pick in 2020 out of Alabama, No. 12 overall, and at the time, team owner Mark Davis said of the speedy wideout, “He was the only person I wanted in this draft.”

With 24 catches for 469 yards and two touchdowns, Ruggs’ 19.5 yards-per-catch average was second in the NFL among pass-catchers with at least 20 receptions.

This crash has left Ruggs distraught as he lost a childhood friend, Rod Scott, in a car accident in 2016, and Ruggs pays tribute to him by putting up three fingers – Scott wore No. 3 – to the sky after big plays. 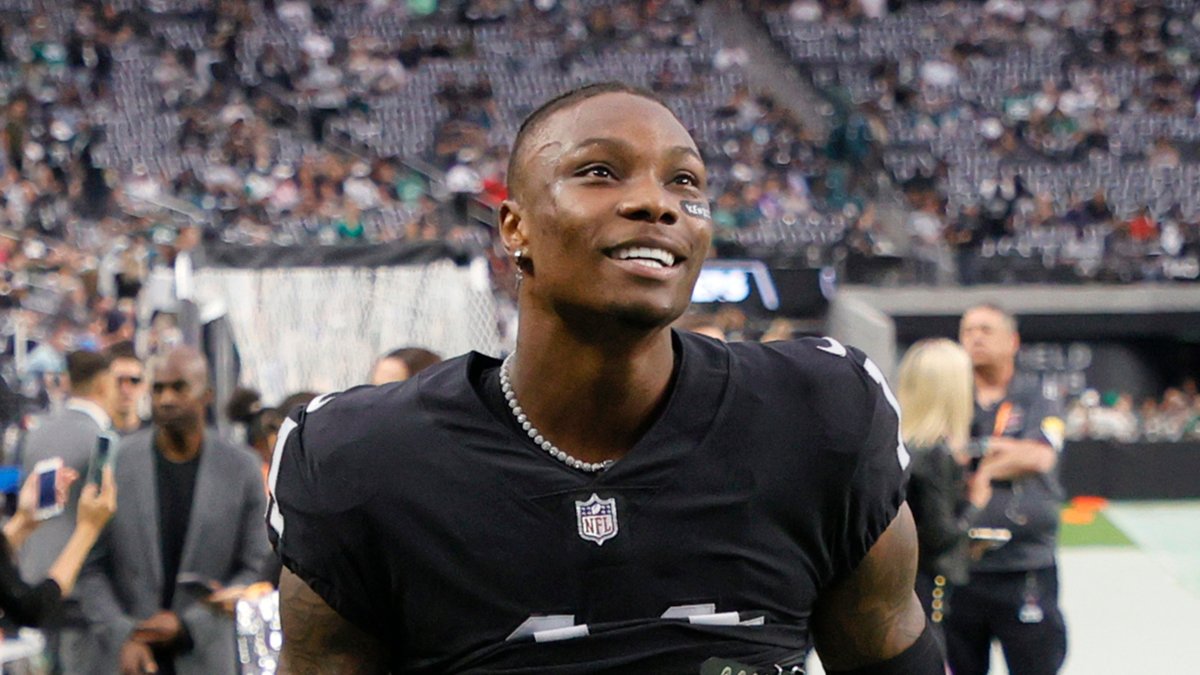