Dmitry Bivol retained his WBA Super Light-heavyweight title by unanimous decision here in the T-Mobile Arena Las Vegas tonight by defeating Saul Canelo Alvarez in a stunning upset against the odds. All three ringside judges returned identical scores of 115-113 in the Russian’s favour to hand Alvarez only the second defeat of his illustrious career.

The build-up to the fight, which continued the financially lucrative tradition of Alvarez fighting during the week of Cinco De Mayo and capitalising on the celebration of Mexican-American culture, was all about legacy, and heavily focused on Alvarez’s tilt at boxing immortality. Billed as ‘Legacy is Earned’, the contest was intended to be a triumphant celebration for the Mexican fighting in front of his fans in America. ‘This is the kind of challenge I live for,” he said before the fight.

Saul Canelo Alvarez had fought 18 world champions and was unbeaten in nine years since his narrow loss to Floyd Mayweather in 2013, but here tonight in Las Vegas as he rolled the dice by moving up to Light-heavyweight in search of a world title in a fifth division he came up short.

In Dmitry Bivol he met a fighter who was the very epitome of the Russian sporting maxim: Higher, Faster, Stronger. If you substitute Taller for Higher, then you have the tale of the tape here. Bivol has been the reigning champ for five years since winning the world title in only his seventh bout when he defeated the previously unbeaten Felix Valera and this was his fourth defense. The undefeated Russian coming into the fight at 19-0 delivered a boxing masterclass in keeping Alvarez at bay with a ramrod jab, deft footwork, and intelligent movement, frequently negating the Mexican’s attempts to draw the fight into a shoot-out.

Alvarez did have some occasional success landing his trademark hooks, body shot, and uppercut, but they had little or no effect on Bivol who was able to absorb the Mexican’s power and land his own accurate scoring shots seemingly at will, frequently bullying and bossing the smaller fighter around the ring.

As the fight went into the championship rounds, his face reddened by repeated jabs, and running out of ideas, an increasingly frustrated Alvarez hoisted Bivol onto his shoulders and carried him across the ring. It was the closest he came to upsetting the Russian champion. By then Alvarez needed a knockout, but he could not pierce Bivol’s guard or disciplined defense with any meaningful shots and the Russian was able to navigate the final six minutes with ease to claim an outstanding victory and the best win of his career.

As the bell rang for the end of the 12th round, both fighters held their hand aloft claiming victory, but it was clear that there was only going to be one winner.

“I’m glad I proved myself today. I am the best in my division and I keep this belt,” said Bivol.

Alvarez was disappointed but defiant in defeat, signaling his intent to invoke a rematch.

“I have to accept it, it’s boxing. He’s a great boxer and sometimes in boxing you lose,” he said. “I’m not going to give any excuses. He’s a really good fighter, he comes in and goes out. I felt his power, it was a great fight, and it was a good win for him.” But of course, I want a rematch, this doesn’t end like this.”

Bivol, smiling broadly with the WBA Super Light-heavyweight strap draped around his neck, had no problem doing it again

“I’m ready for the rematch. I just want to make sure that I can be treated like the champion now”

With this stunning win on American soil in front of a partisan crowd, Bivol has earned that right. 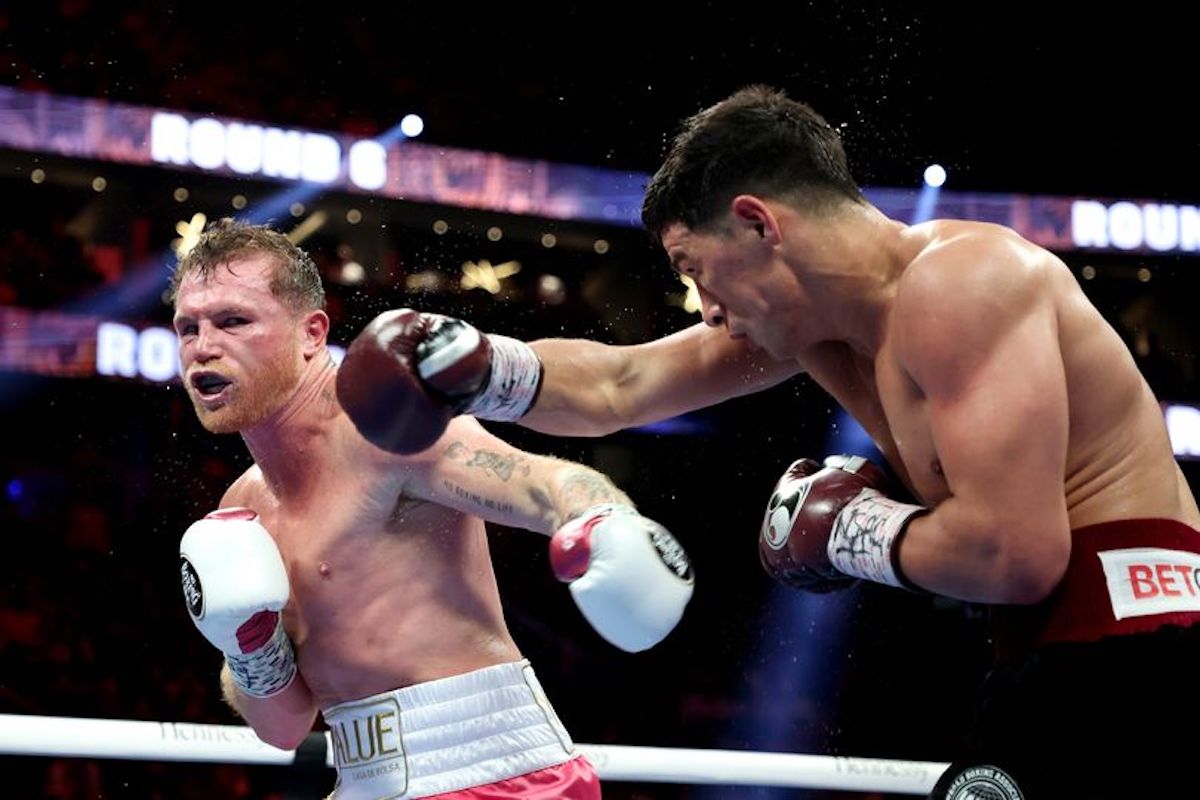