This weekend saw a belated and welcome return of Britball – British American Football – across England. After losing the 2020 season to lock-down it’s a triumph for the league’s executives, teams and the huge corps of ancillary staff that games kicked off yesterday.

Pre-Covid the British league was structured with a Northern Conference and Southern Conference of Premiership teams. The winner of each would face off in the annual BritBowl. Below them were Division 1 and Division 2 which operated a promotion and regulation system much like the EFL.

The traditional league structure has wisely been adjusted in 2021 to reduce travel for teams and ensure pads can hit pads throughout the summer.

The League is now aligning as 13 Divisions of geographically adjacent teams. It comes at some cost though as Premiership sides are now mixed into alignments with division 1 and 2 teams. Under Gentleman’s rules the behemoth, elite rosters (predominantly London Teams) will adjust their depth charts and game-plans in an effort to ensure competitiveness on a game by game basis. That said, it’s going to be a long, tough season for some of the smaller teams. A welcome price for the privilege of competing.

As with every season, some teams have to pull out due to finances, player/coach availability and administrative strife – (notably this year) The Hastings Conquerors who forfeited their season just a day before their opening match. Reason (currently) unknown. Teams in the UK have come and gone over the years in Britball, as is the tenuous landscape of amateur sport. There are 70 registered teams with BAFA and for many of them battle commenced yesterday, Sunday 27th June, 2 months later than a normal year for the Summer league. The Caledonian – Scottish Division – will be starting their campaigns beginning in August, inline with National Covid protocols.

Between now and late September most teams will complete an 8 game schedule over a 14 week season on their road to BritBowl 2021.

All the big teams secured opening weekend victories as expected. For the rest of the league they successfully blew off Covid cobwebs and got the blood coursing through their veins once again. The Summers underway, the league is open and games are being played.

Get involved! Join your local teams Social Media, sign up for their newsletters via available websites and go and watch Britball 2021! Please do refer to each team’s Covid19 policies on spectators before travelling! Also keep your digital radar on for Facebook live feeds which a few teams are offering.

Our league is currently amateur, but the groundswell and support from British American Football fans is enormous. There is a deep love and passion for the game on our Island – not quite as big as Cricket and Football – and naturally this leads to many opportunities to become actively involved. Be it volunteering your skills and expertise to your local team, harnessing a creative, unique commercial sponsorship opportunity or simply being a great Fan!

Britball is back. It’s thrilling and it’s all across our Country. Join me @CJEphgrave on Twitter & Instagram to keep up to date. 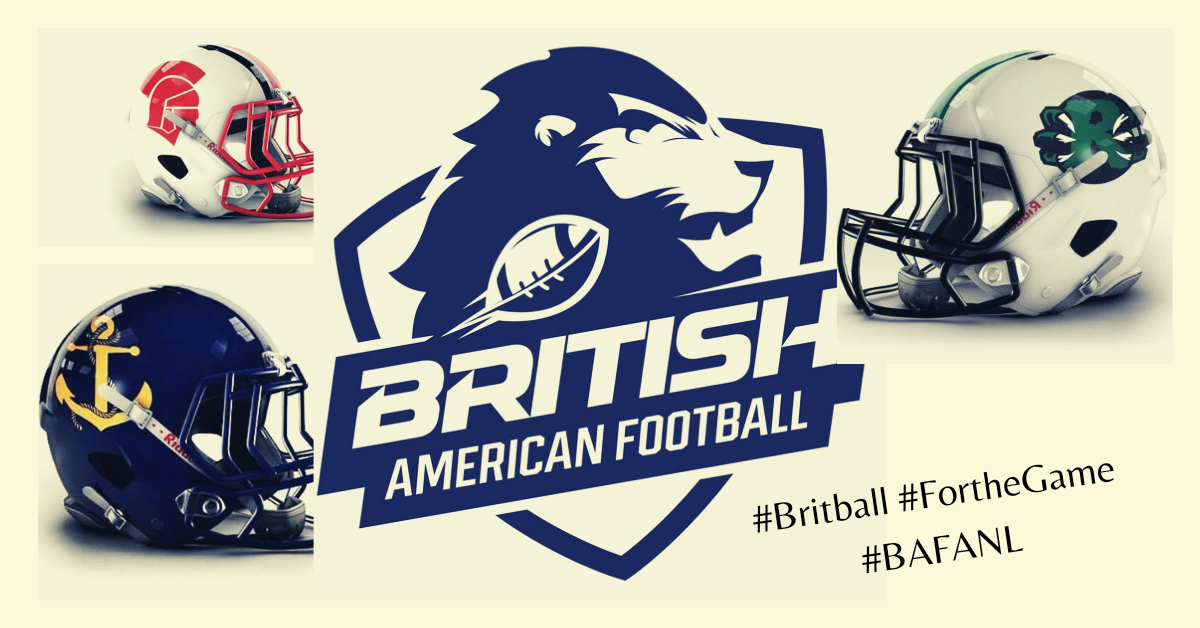