England confirmed one half of a box-office Euro 2020 last 16 showdown at Wembley against the runners up of Group F, following a tentative win over the Czech Republic.

The game had an experimental feel, both in personnel – Bukayo Saka and fan-favourite Jack Grealish made their starting debuts at a Euros – and in the endeavour, with the cautious style of the first two games replaced with a free-flowing approach focussed on interchanging positions in the final third.

Southgate’s swaps, borne mainly of necessity following Mason Mount’s order to self-isolate, paid off in just over 10 minutes; Bukayo Saka slaloming through the Croatia midfield before laying off to Kalvin Philips, whose cross eventually lead to Grealish – the other addition to the starting line-up – setting up Sterling to head in for his second goal of the tournament.

Harry Kane went close soon after with his first shot on target of the tournament but was denied by the left glove of Tomas Vaclik. Kane looked more comfortable with a direct game played at a fast tempo in the opposition half, fulfilling the roles of both a striker and a false nine, opening himself up for scoring opportunities while laying off for Saka much in the way he melds with Son at Spurs.

The second half was a more subdued affair; the Czechs dropped back to neutralize the England attack before hoping to catch them on the break, but few of those opportunities came. Southgate took advantage of the stagnation to introduce Jordan Henderson, Marcus Rashford, Jude Bellingham and Jadon Sancho, who were lively in patches but failed to seriously threaten the more resolute Czech defence.

A late Jordan Henderson tap-in chalked off for being offside was the only drama, with the real action taking place on the mini-screen broadcasting the goals in Croatia’s win over Scotland.

Switches pay off for Southgate

If performances against Scotland and Croatia read as rigid exercises in precaution, this game was a vastly expansive, almost improvisational showing, with the front three of Sterling, Kane and Saka ranging through the midfield, attacking from deep and rarely residing in one place for long.

In one move, the opening goal demonstrated both the key mistakes of Southgate’s tournament so far – the introduction of a direct running threat clearly could have made the difference against Scotland – while also vindicating some decisions – Sterling’s positioning has been a highly underrated benefit both during this game and more generally through his career, Southgate has been right to keep him on against fan pressure.

Jack Grealish was impressive filling in for isolating Mason Mount. He is another player dependent on fluidity around him to consistently create chances and brought an influence in the middle of the park that went beyond his assist in the first 11 minutes. His early substitution suggests he will be back for the last-16 game.

But it was Saka who was the real revelation, delivering a performance akin to Mbappe down the flank and through the middle, while also being reminiscent of great English teenage tournament debuts like Michael Owen and Wayne Rooney.

He has often been frustrated in a stagnant Arsenal team this season, and this performance shows what might have been in North London with a better-assembled squad. Saka came in on the right for a rested Phil Foden, but on this evidence, it’s hard to see him returning to the subs bench for the knockout rounds.

It seemed inevitable that bringing a more expansive game upfront would leave weaknesses at the back. Tomas Holes was the first to go close with a long-range effort in the 27th minute, while a succession of crosses set up West Ham’s Tomas Soucek for a threatening but wayward shot. It was a timely reminder for Southgate that defence was highlighted as the main weakness entering this tournament, and has in part been responsible for conservatism upfront.

And like against Scotland, England seemed to shrink as the match went on, at times inviting the Czechs into the game while failing to replicate the intensity of the first half in front of the goal. Substitutions may offer an explanation, though hardly a good one is given the Czechs’ effective tactical switches at halftime.

This is clearly a tactically naive squad, one that is less than the sum of its parts and makes this England squad much less intimidating than it could be. Though at least the performances of Saka and Sterling might suggest there is enough individual excellence in the team to pierce through potential stagnation in the knockout rounds.

With Group D secured, England moves onto an expected Wembley showdown with one of France, Germany or Portugal. Hungary may also await, provided they can secure a win over Germany and France beat Portugal. But in most of these scenarios, England will be the underdogs.

Yet there has been enough to suggest England stand a chance in that game and beyond, notably in three first-half performances that have never been built upon in the second. This is tournament football, and an attack built with defence in mind tends to take the spoils, particularly when three of their four potential remaining games will be on home soil. Though whether England can continue to effectively implement that philosophy against tournament favourites remains to be seen. 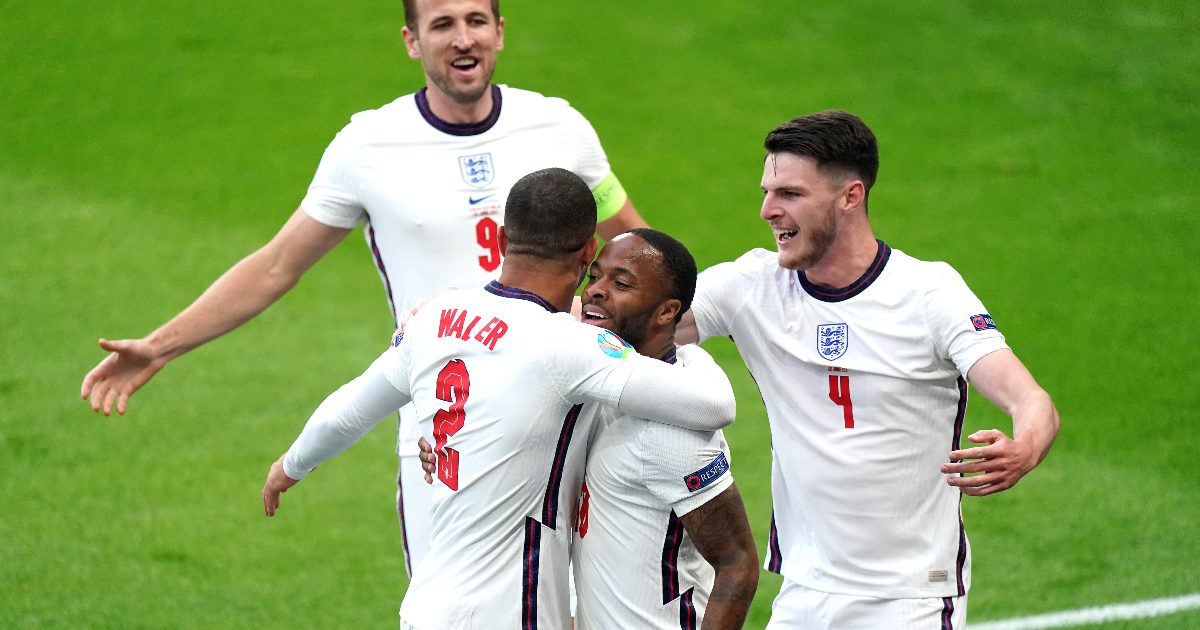