With only 4 Quarterfinal spots left for grabs, we’re heading into the second bracket of Euro 2020 Round of 16. We’ve seen Italy, Denmark, Czech Republic and Belgium all securing their spots in the quarterfinals while Wales and defending Champions Portugal suffered the heartbreaks.

We’ve some enticing encounters tonight as WC 18 finalists Croatia takes on a confident Spanish side and late at night, we’ll witness the World Champions face the Swiss Golden generation.

We start off with Croatia facing a 5-star Spanish side in a one-off tie to be played at Parken Stadium, Denmark.

Both teams finished 2nd in their respective groups, However, a place in the Round of 16 didn’t come easy for any of these sides with both Croatia and Spain desperately needing a win in the final group game to qualify for the knockout stages but ultimately the superior quality got shoned on the final day and they scrapped past from an edgy situation developed in their respective groups.

Spain will be aiming to build on the momentum they picked up in their final group games in which they beat the Slovakian’s 5-0, it was a spectacular performance and they were in the fifth gear throughout the game, the La Roja will be hoping for the same in tonight’s clash.

Croatia will come to this game with a bit of an underdog feeling with the Checkered ones having failed to progress past the quarter-final stages in the European Championship but Dalic’s side has proved in the recent past that they are no pushover’s and can defy all odds to dislodge the big fishes out of the big picture, as they did in the 2018 World Cup.

Modric flew us all back in time by scoring a wonderful outer lace goal from outside the box in the last game against Scotland, dubbed as “the Balkan Cruyff” the Real Madrid star showed he may have lost a yard in pace or the gile and dirty midfielder work but still possesses the elegance and technical composure on the ball to grace the occasion. He still is Croatia’s best player by far and can dictate the play and tempo from the centre of the park.

The Blazers will again need their “little midfield magician” at his best as they are facing a deadly Spanish side who are very good at possession-based high chance creation game however Spain’s attackers are misfiring a lot in this Euro campaign, the Croatian’s will pounce upon any opportunity given them that’s their speciality. With Kovacic back in the Starting Lineup, they have every chance to pull off a major upset at Copenhagen.

There were some doubt’s in Croatian Coach Dalic’s head going into the Scotland game about how he can stuff Modric, Brozovic and Kovacic all on the same pitch in an effective manner but all those have vanished now after the trio complemented each other very well against Scotland. It’s highly likely that Dalic will go with the same 4-2-3-1 formation with Rebic and Petkovic acting as a double act upfront.

Croatia will miss the Inter Milan winger Ivan Perisic as he was tested positive for coronavirus this will give Rebic a chance to come back in the Starting XI frame, Perisic will be a big miss for the Checkered ones as he’s one of their better experience stars.

Vlasic will retain his spot just behind the strikers, he performed admirably against Scotland and topped it with a goal too.

As for Spain, the performance against Slovakia for sure has relieved many La Roja faithful, Ferran Torres and Thiago have had good impacts off the bench.

However, we think that Enrique will drop the stars again and will go with an unchanged Starting XI which means there will be no place for Pau Torres at centre-back and Marcus Llorente will again be dropped for Cesar Azpilicueta.

There’s widespread criticism of Juventus frontman Alvaro Morata and his misfiring boots can cost Spain in the knockout stages but it seems that he’s full backing of his manager Luis Enrique, So we can expect Sarabia, Morata and Moreno in a potential trio upfront.

Even though Spain does have the edge in head-to-head record against the Croatian’s, only losing thrice and winning 4 times in 9 meetings between these sides, I predict a setback for Spain. The Croatian’s are not a side involved in encounters filled with many goals. The game will pan out in a dour fashion with both teams focusing on Build-up the game will end 0-0 in the normal time which takes us into Added Extra Time Morata will miss a golden opportunity to win it for Spain before the Magician Modric scores another worldie send La Roja’s back home.

Switzerland will go head-to-head against the World Champions France at Bucharest in the hope to pull off the biggest upset in recent International football history. The Swiss can take inspiration from the Finland side which defeated the World Champions last year in a friendly.

The Swiss did it the hard way earning a crucial 3-1 win against a hapless Turkey side in their last group game. As for France, they have also been far from convincing they topped Group F with a measly total of 5 points including a poor draw away against a valiant Hungarian side.

The French played an entertaining 2-2 draw in their last game against Portugal, Benzema marked the clash by notching up an important brace and Ronaldo scored 2 pens, the French defence got a few holes in it, they were all easily dribbled past by Hungarian fullback Fiola and also conceded 2 penalties in the Portugal game.

In a piece of good news for Swiss fans, their star striker Seferovic is back among the goals of late along with him we can expect Shaqiri and Xhaka giving their all. With Shaqiri still vying for a new contract at Liverpool, that will only add to his motivation. Then we have Atalanta’s ball winner Remo Freuler in the midfield to break up the play and bring energy to the midfield. Ricardo Rodrigues is a very decent set-piece specialist, Kevin Mbabu can burn the wing all day long, the Nati side also possesses some exceptional talent in Dortmund sensation Akanji and Breel Embolo, the Swiss have every reason to be optimistic than to fear the mighty French.

Looking at these sides recent fixtures in major tournaments Switzerland remarkably played a goalless draw at Euro 2016 but were thrashed 5-2 more recently at FIFA WC18, in fact to paint a poor picture over the Nati side has never won against French since 1992.

The French team is jam-packed with stardom and quality squad depth, However there’s a whole headache waiting for Didier Deschamps as the injuries are only stacking up in the French camp.

Ousmane Dembele was the first casualty he picked up a serious knee injury which ended his tournament and to make matters worse the French are set to miss Digne, Thuram and Jules Kounde for the last-16 clash due to some reason or the other.

After coming as a substitute, Digne only remained for seven minutes on the pitch after that he was forced off with an injury. To add to the already blotted injury list Lucas Hernandez is also doubted if he’s unable to recover Adrien Rabiot can be forced to act as an emergency fullback. Thomas Lemar has also picked up a knock, but that’s one of the smaller of troubles though.

On the other hand, Petkovic has a fully fit Swiss squad at his disposal to pick from and can play his strongest Starting XI with some players firing on all cylinders in training.

Petkovic displaced Schar from the playing XI to shift Ricardo Rodriguez on the left centre-back role and played Zuber at left wing-back which worked brilliantly. We saw a rejuvenated Shaqiri against Turkey, he is now only one goal away to become his country’s all time leading goalscorer.

Though Switzerland have failed to get past this stage three times in a row at a major tournament since 2014 and has pretty dismal head-to-head against the French, However, I am going bold here and predicting them to cause the second upset for the day and send the World Champions France packing back home. There are goals in this fixture as we’ll see a Swiss defence that has conceded in all of the 3 games played so far and there’s a possibility of a make-shift defence for the french owing to injuries.

People are undermining the Swiss side, they play a decent possession-based build-up play football though their finishing has been erratic at times. Let’s get to the scorers then I pick Benzema to pick up the goal from the French side, Xhaka will score the leveller to take the game into extra time before Shaqiri scoring the winner late in AET.

Do let us know your prediction in the comments section below. 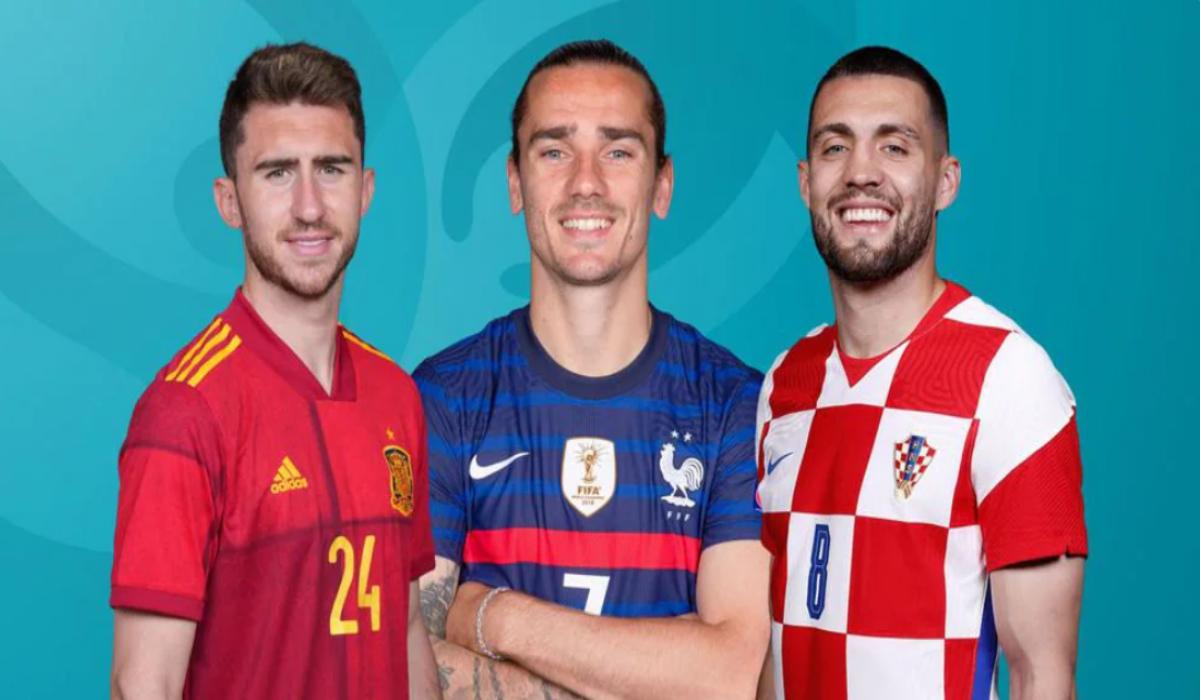