Four wickets from Jack Brooks saw Somerset defeat Warwickshire by an innings on the third and fourth days in the fourth round of County Championship matches.

Resuming on 95/8, the visitors added 57 to their overnight score before Mark Steketee would be bowled by Gareth Berg for 18 with Sam Cook the other man out as he would be caught by Ricardo Vasconcelos off the bowling of Rob Keogh for 10 – Shane Snater would be 79 not out.

Resuming on 86/0, the hosts moved their score to 296 before Marcus Harris was the first man out, caught by a sub fielder off the bowling of Colin de Grandhomme, for 124 with James Bracey bowled by Jordan Clark the following over without scoring. Chris Dent (207, pictured below) and Miles Hammond (75) would see Gloucestershire to the end of Day 3 with only two wickets down before rain washed out the final day of the game.

Resuming on 103/3, the hosts added 11 to their overnight score before Liam Dawson would be LBW to James Anderson for 24 before Nick Gubbins and Ben Brown put on 144 for the fifth wicket partnership with the latter LBW to Danny Lamb for 72. Felix Organ would be LBW to George Balderson the following over for 1 before Gubbins would be LBW to Lamb for 130.

Keith Barker could be caught by Croft off the same bowler for 40 before Luke Wells would take the final two wickets, firstly bowling James Fuller for 21 before Rob Jones caught Mohammed Abbas without scoring.

Requiring a target of 351, Lancashire would get to 9/0 at the end of Day 3 with Balderson and Wells 4 and 5 not out respectively before the rain would watch out the final day’s play.

Resuming on 197/9, the visitors moved to 209 before Oliver Hannon-Dalby would be caught behind by Steven Davies off the bowling of Josh Davey for 8 with Craig Miles 5 not out.

Opener Ben Compton would be caught by Adam Lyth off the bowling of George Hill for 93 before Linde would be LBW to the same bowler for 16. Ollie Robinson and Grant Stewart would put on 166 for the seventh wicket partnership before the latter would be run out by Thompson for 90 off 91 balls with Matt Milnes LBW to Patterson for 1. Both Gilchrist and Matt Quinn would be caught by Revis off the bowling of Patterson for 0 and 4 respectively as Robinson finished 85 not out.

Resuming on 240/4, the visitors moved to 321 before Timm van der Gugten would be caught by Alex Thomson off the bowling of Mattie McKiernan for 20 with Chris Cooke the next out as he was LBW to Sean Conners for 3. Tom Cullen would be bowled by Suranga Lakmal (pictured below) for 9 before Michael Neser would be caught & bowled by the same bowler for 5.

Marnus Labuschagne would be LBW to Lakmal for 130 before Michael Hogan would be the final wicket to fall, caught by Shan Masood off the same bowler for 11 – the Sri Lankan seamer ending with 5/82 with James Harris finishing 13 not out.

Masood would be caught behind by Cooke off the bowling of van der Gugten for 42 before captain Billy Godleman would be caught by the same fielder off the bowling of James Harris for 22. Brooke Guest (138) and Wayne Madsen (135 not out) would put on 276 runs for the third wicket partnership before Godleman would declare leaving Glamorgan a chase of 331 required off 55 overs.

Requiring 52 to win, former England openers Mark Stoneman and Sam Robson would knock it off in 10.3 overs, scoring 30 and 22 not out respectively.

Dillon Pennington would the final wicket to fall, caught by Ben Duckett off the bowling of Dane Paterson, for 4 – Ed Barnard finishing 163 not out.

Steven Mullaney would be the last man out, caught by Baker off the bowling of Finch, for 10 with Joe Clarke (61) and Moores (28) seeing Notts home with 5 wickets to spare.

George Burrows would be the last man out, LBW to the same bowler, for the same score with Aaron Beard 11 not out.

Openers Alex Lees and Sean Dickson put on 313 for the opening partnership before the former would be caught by Tom Alsop off the bowling of Mason Crane for 105. Dickson would be caught behind by Rizwan for 186 before Scott Borthwick would be the final man out, caught by the same fielder off the bowling of Rawlins, for 12 – Keegan Petersen and David Bedingham would be the not out batsmen with 21 and 15 respectively.

Fixtures – all start on Thursday at 11 am 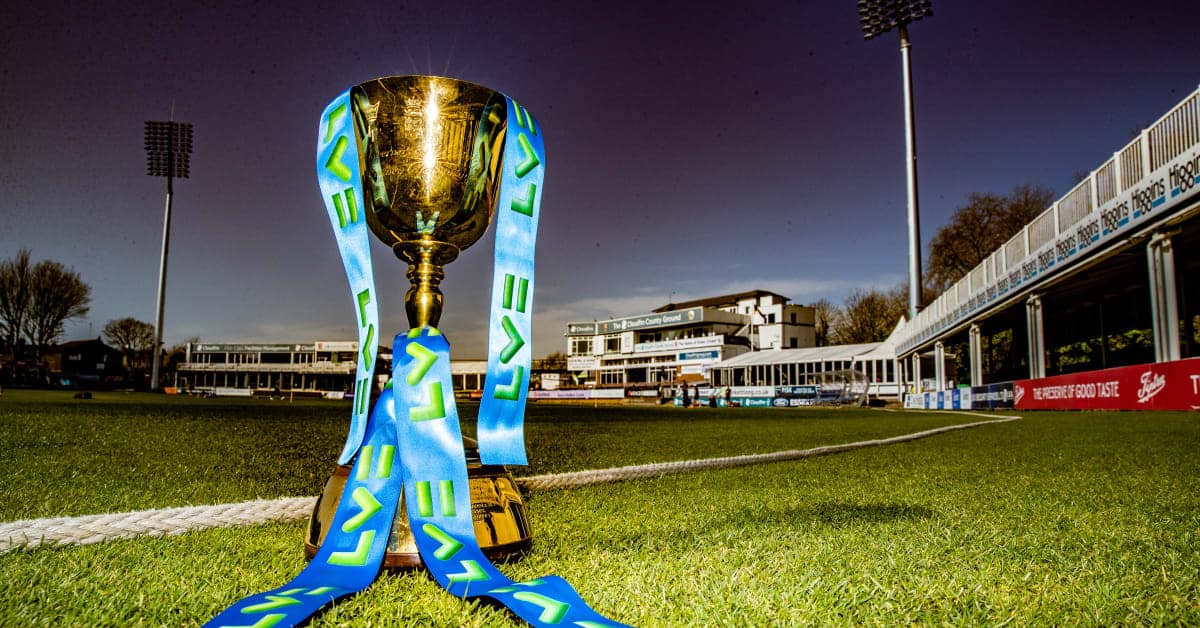