Round 14 of the Premier League came to a head-on Monday evening with two more games, beginning at a sodden Turf Moor as Burnley looked for the points to get them back out of the bottom three…

Conditions at Turf Moor suggested this could be a scrap, which is a perfect scenario for a Sean Dyche type of team, they are becoming hard to beat these days and Wolves knew they had to be smart and ready for a battle in this one.

Burnley went close a couple of times before they did take the lead ten minutes before the break when excellent full-back play by Charlie Taylor, his dinked cross to the far post saw Ashley Barnes send a downward header through bodies on the line and into the net.

It was enough for them to lead at the break, Wolves had gone close through Neto and Neves, but they trailed at the half and knew they had to roll their sleeves up and face another it square on.

It got worse for the visitors though early in the second half as after the hosts had struck the bar, a freekick into the box saw Ben Mee head the ball into the danger zone and after the ball had come off a defender, Chris Wood hammered home from point-blank range, and the Clarets were now well on their way to a big three points.

Wolves boss Nuno responded by making an attacking change and brought on Fabio Silva and Adama Traore, and initially, it seemed to galvanize the visitors and Traore was straight into the action, sending in a lovely cross for Neto to loop a header narrowly off target.

But, after this for a period Burnley should have put the game to bed after missing two great chances to make it three, but they failed and Wolves knew they would be right back in it with a goal, and although they were putting a lot of pressure on the hosts, the Clarets defence remained resolute.

Josh Benson came on for the hosts with a few minutes remaining, and his first contribution was to concede a penalty after a needless foul on Silva, and the Wolves attacker picked himself up to dispatch the spot-kick and Wolves had a minute plus five added on to salvage what had looked an unlikely point at one stage.

Burnley though did hold on to take a huge three points, and although Wolves had a lot of the ball in that second period, they found it tough to break down a resolute Clarets backline who certainly earned their side victory here.

Looking at the final scoreline it would fool you into thinking this was an easy three points for the hosts, but it was anything but as at times in the second period West Ham put the hosts under immense pressure but two late goals from Tammy Abraham allowed the hosts to play out the final minutes in comfort.

It started well for the Hammers and they thought they had a dream start after Declan Rice’s superb run and finish, it really was a great finish by the way, but the Hammers midfielder had just strayed offside, it was so close, but it was the right call, and the goal was ruled out.

Moments after that and Chelsea had grabbed the lead, and it was not the best of defending from the visitors either, as a Mason Mount corner saw Thiago Silva ghost in unmarked to send a bullet of a header past Fabianski into the net, and Chelsea now had the advantage.

The Hammers then had a goal chalked off after Jarrod Bowen was adjudged to have impeded Silva before hooking home, but on looking at replays it appears Silva made the most of it and it’s hard to see why a foul was given, so the visitors would have felt hard done by there no doubt.

West Ham had got stronger as the half had gone on though although they were neatly dealt a sucker punch late on in the half when Pulisic broke through the middle and laid in Timo Werner whose first touch was not the best and he could not get the ball out of his feet, so his left-footed effort was saved by Fabianski.

A tight derby so far and into the second period and West Ham certainly had a lot of the ball and they certainly made Chelsea work hard to keep hold of their lead, the hosts were certainly not on song in this one, but The Hammers could not really take advantage of this, and a lack of a cutting edge did not help.

Chelsea nerves were finally eased though when they added a second with twelve minutes to go when a Werner shot was diverted into the far corner by Abrahams, and then with West Ham trying to recover from that set back they conceded again after a loose ball was rammed home by Abrahams for his second in as many minutes.

That ended the contest, and it could of become even better for the hosts when Werner saw a shot smash against the bar, Werner needs a goal you feel to get his confidence back, he certainly is a player that needs a boost right now you feel.

But he did end up on the winning side in the end, and Chelsea had bounced back from those two defeats last week.  Not convincing but a win is a win as they say.  West Ham will feel hard done by no doubt though, this was not a 3-0 contest at all, and they will look back at the disallowed Bowen goal and think what if.

So, how did tonight’s games affect the table as Round 14 came to an end…

Burnley’s win this evening takes them out of the bottom three and they are now three points clear of the drop zone now with a game in hand, whilst defeat for Wolves sees them stay eleventh but only five points off Chelsea who are into fifth after tonight’s win over West Ham, with the Hammers staying in tenth but just five points off the top four in what is a very tight division.

Rounds 15 & 16 take place over five days between Boxing Day and Wednesday of next week, so the action comes thick and fast at the end of the year, here are those games…

A busy few days to come, I will try my best to bring you an article on all of these games at the end of the year as 2020 comes to a close. 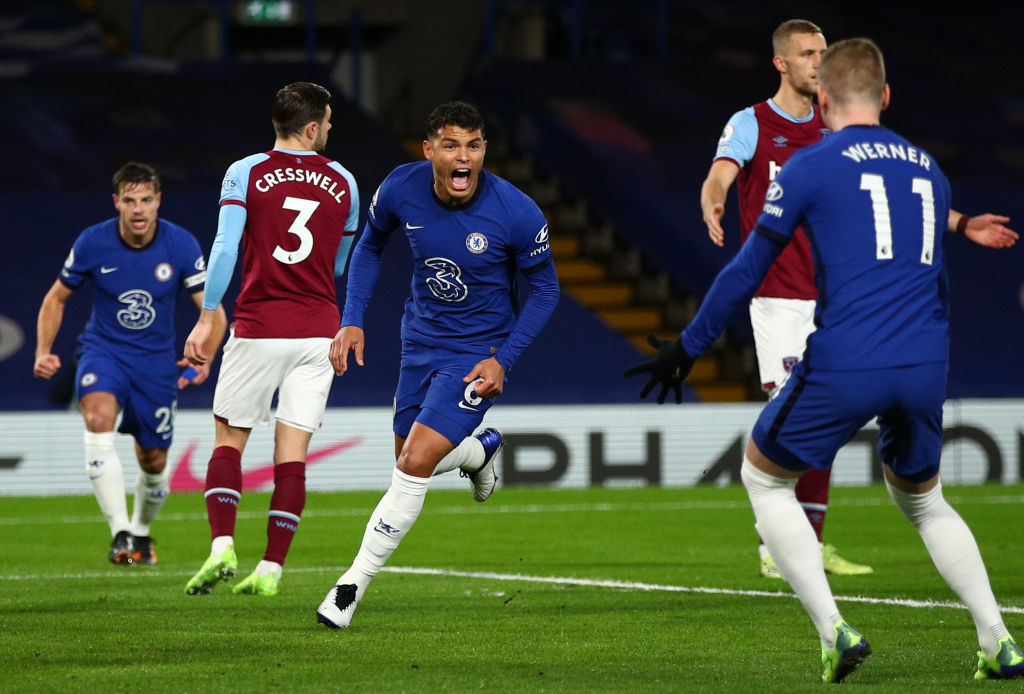