Tom Brady threw for 390 yards and two touchdowns, as he helped Tampa Bay overcome a 17 point halftime deficit versus Atlanta. This is the first time that Brady had faced the Falcons since Super Bowl XI, when he helped New England comeback from 25 down. This time, he did it by connecting with eight different receivers, including four or more targets to four pass-catchers.

Mike Evans and Antonio Brown were Brady’s favorite targets among his many weapons. Evans caught six passes for 110 yards, while Brown hauled in five receptions for 93 yards and a score. Chris Godwin tacked on Brady’s other touchdown.

Leonard Fournette led a Buccaneer backfield which was mostly contained. Fournette managed on 65 all-purpose yards, he did, however, run in two scores.

In defeat, Matt Ryan had a strong game for the Falcons. Ryan threw for 356 yards and three touchdowns. His favorite target, Calvin Ridley, enjoyed a dynamic performance with ten receptions for 163 yards and a touchdown. Russell Gage and Hayden Hurst also added touchdowns for the offense.

Tampa Bay completed their come from behind with a little over six minutes to play. At that point, Brady threw a beautiful 46-yard strike to Brown, giving the Bucs their first lead of the game. Atlanta’s final two series finished with a three and out and a turnover on downs, each as a result of a clutch sack by White.

The Buccaneers comeback on the Falcons, 31-27

David Montgomery gained 162 all-purpose yards and scored two touchdowns, as the Bears set the pace of the game from the very start. Chicago’s rushing attack was brilliant, piling up 199 yards on the ground.

Mitchell Trubisky and the passing attack did what they had to, complimenting the run game, with 202 yards and a touchdown through the air. Allen Robinson and Darnell Mooney led the Chicago receivers with four receptions apiece. Robinson led the pass catchers in yards with 83, while Mooney hauled in the lone score.

In the loss, Dalvin Cook collected 159 all-purpose yards and a score. Rookie sensation, Justin Jefferson, continued to be among the league’s elite, hauling in eight passes for 104 yards.

The Bears defense came up strong when it had on Minnesota’s final two series of the game. Strong tackling from Duke Shelley and Roquan Smith forced a four-play turnover on downs to preserve a three-point Chicago lead. The final drive ended when Eddie Jackson deflected a pass into the waiting hands of teammate Sherrick McManis, finalizing da Bears victory.

The Bears pace the Vikings throughout the game, winning 33-27

The Seahawks rushing attack ran for 181 yards on the ground, as Seattle clinched a playoff berth in a hard-fought victory. Chris Carson led the ground game with 69 all-purpose yards, while Carlos Hyde was not all that far behind with 63 total yards and a score. Quarterback Russell Wilson also contributed to the unit with 52 yards.

Wilson and the Hawks passing attack did not fare nearly as well. Seattle only threw for 121 yards and a score, as a result of strong pressure from the Washington defensive line. DK Metcalf led the receivers with fie receptions for just 43 yards. Jacob Hollister hauled in Wilson’s lone touchdown.

Seattle’s defense came through in a big way this game. With their offense struggling, the Hawks D collected four sack and six additional tackles for loss. DJ Reed and Shaq Griffin tagged on interceptions, with Griffin’s ending an eight-play drive on which Washington was threatening to score.

This game had plenty of drama at its conclusion, as Washington took control of the ball, down by five, with five and a half minutes to play. The Football Team, went to work, driving the ball 48 yards, down to the Seattle 23 yard line. Meanwhile, they systematically drained the clock of four and a half minutes.

The Seahawks D then came through in the clutch. LJ Collier and Carlos Dunlap recorded back to back sacks, pushing Washington 14 yards in the wrong direction, and setting up a fourth down with 24 yards to go. A painless incomplete over the middle ensured the Seahawks victory.

The Seahawks hand on to beat Washington, 20-15

Kyler Murray aired it out with a brilliant 406 yard, three-touchdown performance, as the Cardinals led the most of the way. Murray spread the ball out to ten different receivers, despite clearly favoring his top target, Deandre Hopkins. Hopkins had a big day to the tune of nine receptions for 169 yards and a score. Larry Fitzgerald and Chase Edmunds caught Murray’s other touchdowns.

Murray added 29 yards and a score on the ground, as the Cards ran for 103 yards. Chase Edmunds led all running backs with 66 all-purpose yards.

In defeat, rookie Jalen Hurts continued to storm out in his second game. Hurts threw for 338 yards and ran for another 63, accounting for all of his team’s four touchdowns.

Arizona’s defense was not able to slow down the Eagle’s offense, but they were able to come up big and stop it with the big play. Led by Jordan Hicks and Dennis Gardeck, the Cards D registered six quarterback sacks and an additional nine tackles for a loss. Early in the game, they aided a quick 16-0 lead with a safety and blocked punt.

Late in the game, the Arizona defense came through in the clutch. Philly was down by seven with a little over seven minutes to play to start the drive. The Eagles then proceeded to move the ball 61 yards down the field, with ten plays, consuming a little more than four minutes. It was then that the Cardinals struck. A sack from Leki Fotu, followed up with a sack from Dennis Gardeck, set Philly back 11 yards. Tight coverage from Byron Murphy and Chris Banjo forced a turnover on downs, as the Cards got the ball back with under two minutes to play. Although they did not run out the clock, a punt and good defense on a hail mary gave the victory to Arizona.

The Cardinals won a thrilling shootout over the Eagles, 33-26

Phillips Rivers threw for 228 yards and two touchdowns, including the game-winning score to Zach Pascal with under two minutes to play. Pascal was Rivers favorite target, hauling in five receptions for 79 yards and both of his his scores. Rivers connected with eight different receivers, including TY Hilton who caught four receptions for 71 yards.

In defeat, Deshaun Watson lit up the Colts D for 373 yards and a pair of touchdowns. David Johnson was also amazing in his first game back, catching eleven passes and racking up 133 all-purpose yards. Keke Coutee and Chad Hansen were on the receiving end of Watson’s TDs.

Despite the Texan’s being dynamic, the Indy D still came up with plenty of huge plays. Deforest Buckner was at the heart of it all, as he piled up three sacks and two more tackles for a loss. Buckner also collected one of the team’s three forced fumbles, leading the ever relentless Colts’ defense. All total, Indianapolis’ defense came up with five sacks, four additional tackles for loss and two turnovers.

The biggest moment for the Colts defense came with just twenty seconds left to play. The Texans were driving, down seven, just 15 yards away from a score. On this ninth play of the drive, Watson connects with Coutee, who attempted to make his move for a first. As he turned, however, Darius Leonard popped the ball loose. Bobby Okereke pounced on the ball to secure the win.

The Colts slug it out with the Texans, for a 27-20 victory

Ryan Tannehill accounted for 5 total touchdowns and Derrick Henry tallied 150 yards and a score, as the Titans offense picked apart the Lions defense to the tune of 468 yards.

Lamar Jackson scored 4 times, gaining 278 all-purpose yards for the Ravens. Meanwhile, the defense suffocated the Jaguars, holding them to 287 yards while piling up 13 negative plays.

Miami Dolphins run all over the New England Patriots, 22-12

Salvon Ahmed rushes for 122 yards and a score as the Dolphins pile up 250 yards on the ground. The Fins defense swarms for a turnover and 8 plays for a loss.

The Jets destroy their shot at the first pick overall, and shoot down the Rams’ chance for a division title, with a win in which neither offense really got much going.

Kansas City Chiefs pull away from the New Orleans Saints

The Chiefs pile up 433 total yards of offense, as Pat Mahomes threw for 3 touchdowns, Kansas City’s defense frustrated Drew Brees in his return, turning him over once and defending 9 of his passes. a could of late touchdowns from the Saints made this game look much closer than it actually was, as New Orleans offense never really looked right. 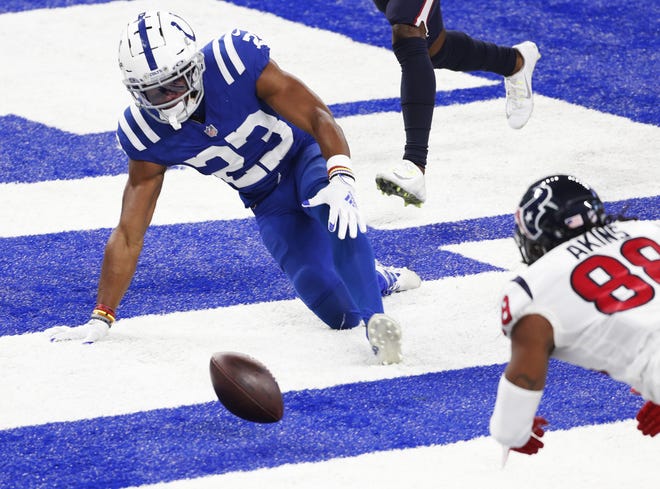