The Miami Heat returned back to the American Airlines Arena to begin their four game home stand as they faced the Washington Wizards as part of their ViceWave night. In their last regular season series, the Heat won three out of their four games, which included a game winner from Kelly Olynyk. The Heat would be without Goran Dragic, while the Wizards would be without John Wall, Isaiah Thomas, and Ian Mahinmi.

Ish Smith and Bradley Beal got Washington on the board a layup each, while Bam Adebayo and Jimmy Butler did the same for Miami with a layup and a basket. After a few baskets from Moe Wagner and Isaac Bongas for Washington, rookie Kendrick Nunn knocked down a three-pointer for the Heat, followed by another basket from Adebayo. With Washington leading 15 to 11, Adebayo hammered in two slam dunks for Miami, tying the game at 15, but the Wizards would pull ahead with a basket from Wagner. After a pair of layups from rookie Tyler Herro for Miami, Smith and Beal each made a three-point play for the Wizards, followed by a layup from rookie Rui Hachimura. Olynyk would knock down a three-pointer for Miami, as Washington led 25 to 22. The first quarter ended with a basket from Troy Brown Jr. for Washington, a layup from Herro, and a free throw from Butler as the Wizards led 28 to 27.

The Wizards opened the second quarter on a sixteen to four run before a Derrick Jones Jr. three-pointer ended the run. After Hachimura made a pair of free throws for Washington, Adebayo would get his third dunk in the contest as Washington led 46 to 38. Hachimura and Smith furthered the Wizards’ lead with a breakaway dunk and a layup, while Butler made a pair of layups, plus a steal and an assist to Jones Jr., who made a slam dunk for Miami. The Heat would later go on a twelve to two run before Beal ended the run with a reverse layup. After Butler made two free throws for Miami, Washington ended the second quarter with a three-pointer from both Beal and Smith. By halftime, the Wizards led 65 to 61.

In the third quarter, Nunn made a layup for Miami, followed by a three-point play from Meyers Leonard, while Hachimura and Bonga made a basket and a layup respectively for Washington. After a dunk from Adebayo and a basket from Nunn, Butler would make a dunk of his own, putting Miami ahead 73 to 71. Hachimura tied the game at 73 with a dunk, leading to both teams tying the game a few times before a three-pointer from Olynyk gave Miami a 83 to 80 lead. The Wizards closed the third quarter on a five to four run, with the Heat leading 86 to 85.

As the fourth quarter commenced, the Heat went on a nine to two run before Davis Bertans and Smith made a layup each for Washington. With Miami leading 95 to 91, the three-pointers were falling as Miami went on a seventeen to nine run to close the game, en route to a 112 to 103 victory.

The Heat bounced back after a tough loss Wednesday against the Boston Celtics and came through in dominant fashion. Despite a few mishaps in the first half, Miami managed to clean it up in the second half, mainly with their passing and getting good looks from Jimmy Butler, Bam Adebayo, Kendrick Nunn, and Tyler Herro. The Heat remain undefeated on their homecourt, winning nine in a row. They are also undefeated against teams that under the .500 mark, having won eight games in a row in that category. In addition, Miami shot 48.8 from the field, 75 percent from the free throw line, and 35.7 percent from the three-point line, not to mention the Heat limited their turnovers to only 12.

For the Wizards, Bradley Beal had 23 points, Moe Wagner made 19 points, Ish Smith with 15 points, Rui Hachimura made 14 points, and Davis Bertans with a double-double of 19 points and 10 rebounds.

The Heat continue their home stand as they host the Chicago Bulls. Game starts Sunday at 6pm and will be televised on Sun Sports. 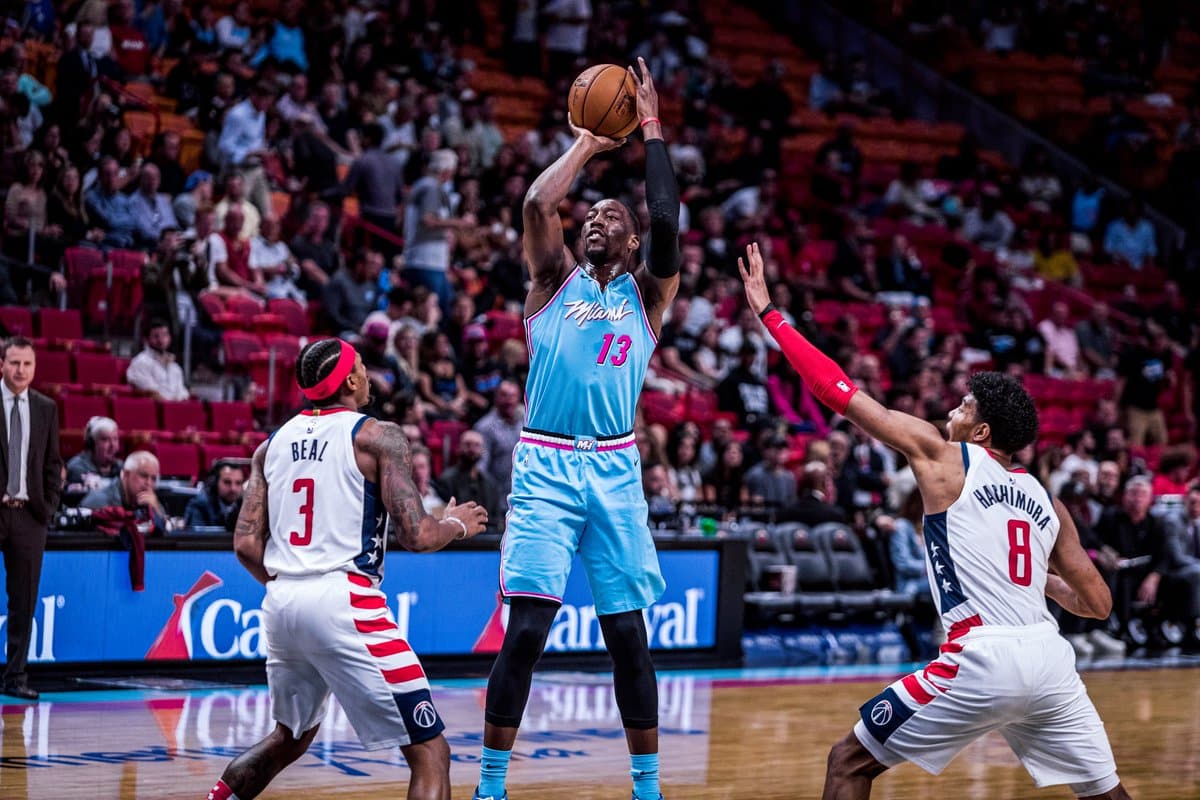