The Miami Heat looked to end their three game road trip on a high note as they face the Boston Celtics. This game was another back to back contest for the Heat, who defeated the Toronto Raptors in overtime on Tuesday. Heading into this game, the Heat would be without Goran Dragic, while Boston would be without Marcus Smart and Gordon Hayward.

Daniel Theis and Kemba Walker got Boston on the board with a basket each, while Bam Adebayo and rookie Kendrick got Miami going with a layup and a three-pointer. After a three-pointer from Duncan Robinson, The Celtics cut into Miami’s lead with Jayson Tatum and Jaylen Brown getting themselves going on offense. With Miami leading 12 to 11, Jimmy Butler helped the Heat build up their lead, while Kemba Walker was trying to help Boston cut into it some more with his scoring. With Miami ahead 22 to 16, they closed the first quarter on a six to four run, leading 28 to 20.

Miami continued building their lead in the second quarter with baskets from rookie Tyler Herro, Kelly Olynyk, and Justise Winslow, but the Celtics would go on a fourteen to two run, led by Tatum, Brown, and Semi Ojeleye. Adebayo ended the run for Miami after an alley-oop play, but the Celtics were still rolling throughout the quarter, leading 52 to 44 by halftime.

In the third quarter, Theis, Walker, and Brown picked up the offense for Boston, building on their lead, while Nunn and Robinson were trying to help Miami get back on track in the game. With Boston leading 66 to 52, they were on an eight to nothing run before the Heat answered back with a fourteen to three run. Ojeleye would end the run for Boston, who would go on an eleven to three run to close the quarter. Boston led 82 to 69.

As the fourth quarter commenced, the Heat looked towards the three-point line to get them back in the game, but Boston continued making their shots, pushing themselves ahead 91 to 75. Miami still rallied throughout the quarter as Butler carried the load, while the Celtics were making three-pointers and second chance baskets to strengthen their lead. With Boston leading 102 to 87, they closed the game on a ten to six run, en route to a 112 to 93 win.

The Heat came out hot in the first quarter, but made some errors during the duration of the contest. Miami also committed 18 turnovers. Despite the loss, the main highlight for the Heat was Jimmy Butler tying his career high three-point baskets made with 6.

For the Heat, Jimmy Butler led the way with 37 points, Kelly Olynyk made 12 points, plus Justise Winslow and Duncan Robinson had 10 points each. For the Celtics, Jaylen Brown made 31 points, Kemba Walker had 28 points, and Jayson Tatum with 19 points.

The Miami Heat return to the American Airlines Arena to host the Washington Wizards. Game starts Friday at 8pm and will be televised on Sun Sports. 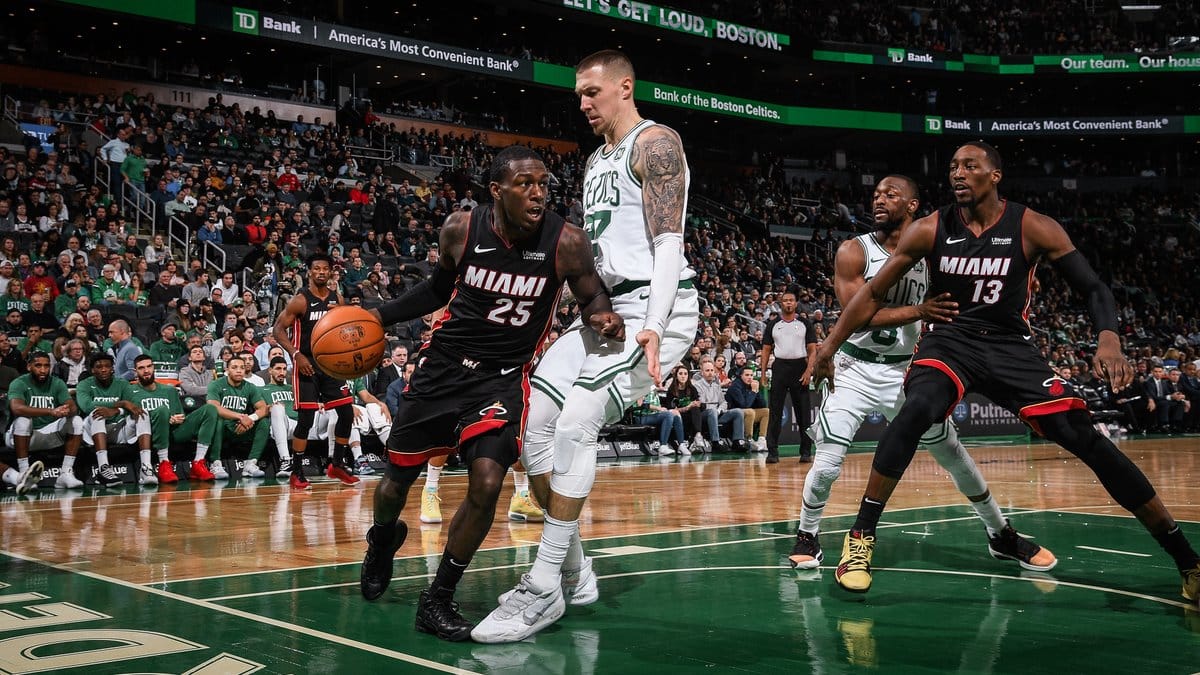