The Miami Heat hosted the New Orleans Pelicans in the American Airlines Arena last night, after winning a road game against the Cleveland Cavaliers on Thursday. Heading into this contest, the Heat would be without Justise Winslow, Derrick Jones Jr., KZ Okpala, and Goran Dragic. The Pelicans would be without be several players, including Lonzo Ball, J.J. Redick, and rookie Zion Williamson.

Jrue Holiday and E’Twaun Moore got New Orleans on the board with a three-pointer and a pair of baskets respectively, while Miami got on the board with a basket from Kendrick Nunn, a three-pointer from Duncan Robinson, and two free throws from Jimmy Butler. After a basket each from Nunn and Robinson, the Pelicans saw Derrick Favors and Kenrich Williams making baskets in return. There was a break in the action as Frank Jackson headed to the back to the visitor’s locker room to be evaluated for a possible neck injury. With Miami leading 17 to 14, they were on a nine to three run, before Nicolo Melli ended the run with a free throw, followed by a dunk from rookie Jaxson Hayes. Chris Silva ended the first quarter, scoring the last six points for Miami, who led 29 to 22.

After a dunk from Bam Adebayo to start the second quarter for Miami, New Orleans went on an eight to nothing run, led by rookie Nickeil Alexander-Walker and Josh Gray. Kelly Olynyk ended the run with a three-pointer for Miami, leading to the Heat to go on a nine to nothing run. Zylan Cheatem ended the run for New Orleans with a layup, followed by a basket from Holiday. After a slam dunk each from Adebayo and Butler, the Pelicans went on a nine to nothing run, led by Hayes, Alexander-Walker, and Holiday, before a layup from Butler ended the run. Both teams made their last six points, including a buzzer beater from Bam Adebayo, giving Miami a 54 to 49 lead by halftime.

As the fourth quarter commenced, Melli, Alexander-Walker, and Moore picked up the Pelicans’ offense, making a three-pointer each and a free throw basket, while the Heat saw Nunn, Robinson, and rookie Tyler Herro doing the same thing. With Miami ahead 86 to 80, they went on a ten to three run, led by Butler, Adebayo, and Olynyk, before Alexander-Walker ended the run with a layup, followed by a three-pointer from Moore. With Miami leading 101 to 89, they would close the contest on an eight to five run, en route to a 109 to 94 win.

For the Pelicans, Nickeil Alexander-Walker led the way with 27 points, E’Twaun Moore had 18 points, Jrue Holiday made 14 points, Jaxson Hayes with 12 points, and Nicolo Melli with 10 points.

For the Heat, Kendrick Nunn had 22 points, Duncan Robinson made 15 points, Kelly Olynyk with 13 points, Tyler Herro had 12 points, plus Bam Adebayo and Jimmy Butler were in double-double figures. Adebayo with 18 points and 14 rebounds. Butler with 16 points and 13 assists.

The Heat have three days off before they host the Cleveland Cavaliers in a rematch from three days ago. Game starts Wednesday at 7:30pm and will be televised locally on Sun Sports. 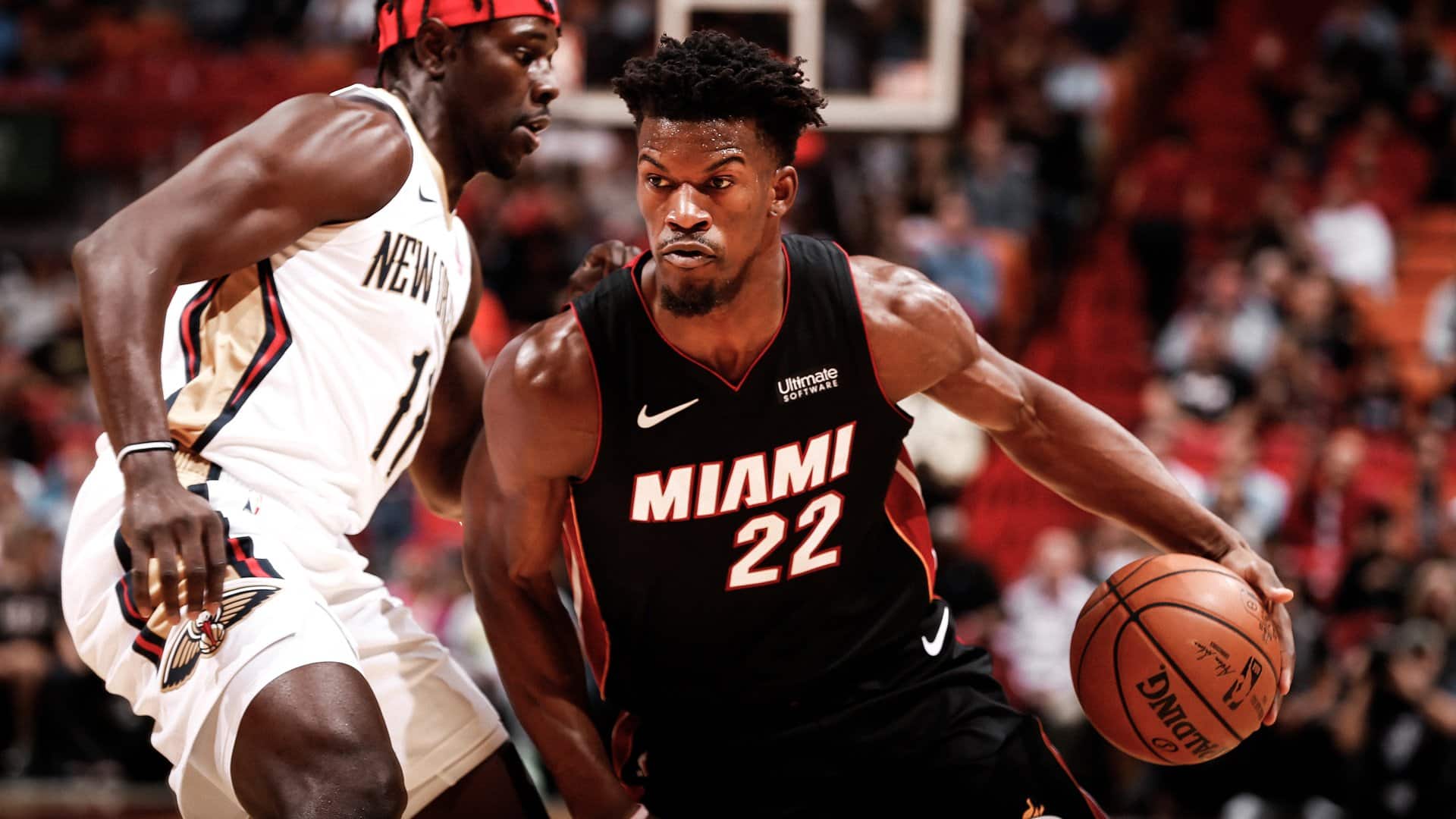