It felt like the writing was on the wall after another first-round playoff exit when GM Kyle Dubas failed to confirm the head coach’s job security. The Toronto Maple Leafs were officially underperforming and changes were coming. But after surviving a tumultuous offseason that saw a ton of new faces enter the lineup, it was this latest slump that sealed the fate of a probable Hall of Fame coach. Mike Babcock is now out as the head coach of the Leafs, with a pretty significant change on the way. Here is how that all happened.

May 20th 2015 was a pretty joyous one for Leafs Nation. Coming off another losing season that saw Randy Carlyle get pushed out the door, management knew something big had to happen. So enter the man who has both a Stanley Cup ring and an Olympic gold medal. Leaving Detroit after making the playoffs in each of his ten seasons, most people could care less about the enormous contract handed to Babcock. Fifty million dollars seemed like nothing as long as Babcock could accomplish one simple goal, just win as he had with the Red Wings. Toronto wanted to be playing deep into the spring every year and Mike Babcock seemed to be the guy for the job.

But that is why sports are so interesting. Ideas and theories are so often never translated to actual success. The oddly constructing front office underwent serious changes throughout Babcock’s five years in Toronto and it seems like the coach never bought into the so-called “Shanaplan.” When Shanahan went and brought in an analytical general manager to add skill in place of grit, Babcock seemed to fight back with his on-ice decisions. The coach failed to see the team’s overall philosophy and made some questionable coaching moves. Most people still wonder about Babcock’s relationship with star centre Auston Matthews, whom the coach actually visited after the season at his home in Arizona. Embracing change was so important for this organization and Babcock never seemed on board with tying up almost half of the salary cap in four forwards.

These off-ice questions would have been swept under the rug if the team had met expectations. But while the Marlies were dominating the American Hockey League, the NHL side had trouble in the spring. After missing the playoffs in his first season, Babcock guided the Leafs to three straight Stanley Cup Playoffs appearances. But that was all he did. The Toronto Maple Leafs have still not won a playoff series since 20o4 when the legendary Pat Quinn manned the bench in Toronto. The expectation of Babcock was to lead the team deep into the playoffs and those failures put him in the hot seat.

Then came this season. Injuries have derailed many of the team’s top players but that is not an excuse. For all the talent that Toronto possesses, being on the outside looking in at the playoff picture is unacceptable. To have the same amount of wins after playing more games than the lowly Ottawa Senators is an absolute joke. Toronto’s front office knew that. So they made the move today to the guy regarded for over a year now as the next man up. AHL head coach Sheldon Keefe was brought to Toronto by the Leafs GM Kyle Dubas, who worked with Keefe in Sault Ste. Marie. The duo led the Marlies to their first Calder Cup title in 2018 and Keefe has been instrumental in the development of many Leafs players. Keefe flies to Arizona to assume the role of the 31st head coach of the Toronto Maple Leafs. With Babcock now out, it is back on the players to solve their problems. Whatever happens next, it is bound to be entertaining. 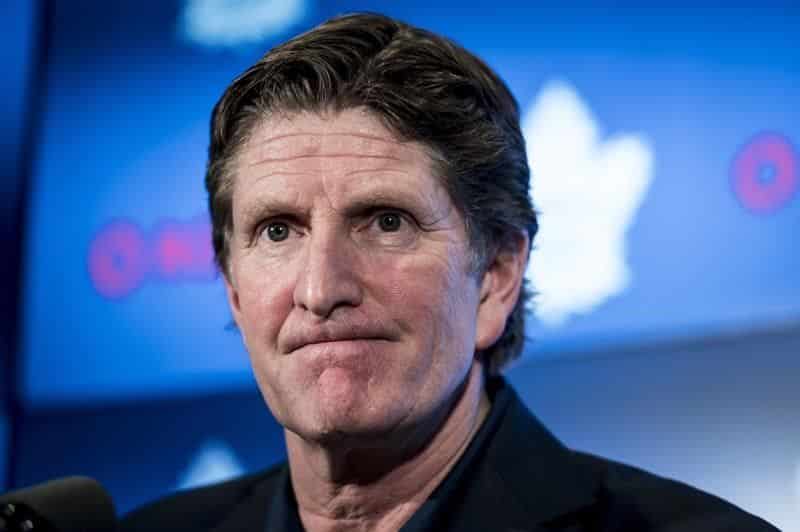