The days of thunder are just two weeks from now. You can feel its vibrations straight from the Churchill Downs where miracle is about to happen. Exactly…!! The betting is ONN. Master is here again spreading $30 million for all the Horse lovers across the globe. You heard right…!!

This time Breeders Cup has decided to celebrate its 35thanniversary in the oldest city west of Appalachian Mountains- Louisville. This event will bring prosperity for two days between 2 to 3 November 2018. Here, you will catch air benders like Mr. Bob Baffert’s Mckinzie to South America’s thrill Wow Cat. Let me take you directly to the ground.

This year track will allow five championship races between two-year old Thoroughbreds. The first day of the event is a special one promoted with the name of ‘Future Stars Friday’. For the first time in the Breeder’s Cup history two years old Thoroughbred horses will participate.

Sticking at the top anticipated choice list ‘Ransom the Moon’ will not show its magic in the 3rd November Breeder’s Cup Sprint. A pastern injury was the reason which forced him towards the retirement. This $884,000 amount maker is pulling halt to his career with interesting record of 6-7-2 figure in 25 starts.

In this awesome world championship of thunder, one of the most interesting contestants Enable who has win the crown of Prix de I’Arc de Triomphe twice will be the centre of attraction among audience. This year’s race will decide whether this five-year-old beast will serve training for another next year’s Arc or vacant its space for any new shining star.

Taking you directly to the stadium, West Coast is another hot character standing at the winning line of this championship. This strong muscle marked its effective first presence from the Dubai World Cup where he stands second fighting for just two and quarter short lengths. In this championship Bob Baffert, trainer of this Thoroughbred has decided to send him for one and quarter miles race on 3rd Novembers’ Breeder’s Cup Classic.

West Coast’s journey has already collected five stars in the Grade 1s in Pennsylvania and New York city. Well let’s see what will be his performance in this race.

Channel Maker is also one running contestant in this championship battle. Its September 29thperformance in Joe Hirsch Turf Classic Stakes at Belmont Park states that he has already warmed himself up for winning. He was also the classic winner in Canada as a 3-year-old. He seems to be the best contestant among one and half miles’ racers.

Golden Mischief, the Keeneland’s muscle is also one of the best Thoroughbreds to choose. This fast runner with killer instinct got the honor of winning in the Thoroughbred Club of America Stakes. Here, it is again planning to show her back to Selcourt, Dream Tree like fast stablemates.

After showing its outstanding performance in Breeders’ Futurity (G1), Knicks Go is planning to roll again this year. This longshot has made stories after winning over the other American muscles running a slow race. Who knows what will be its performance in this year’s championship.

Since these days are nearby, tighten your seatbelt to watch these thunderstorms running. The Kentucky’s ground is waiting for horse lovers to give them the fastest horse in this world. The bet is already placed; people are hoping to get best from this year. If you are also willing to feel this energy, don’t feel low, turn on your television and start pressing the keys- the Breeder’s Cup will be their soon. 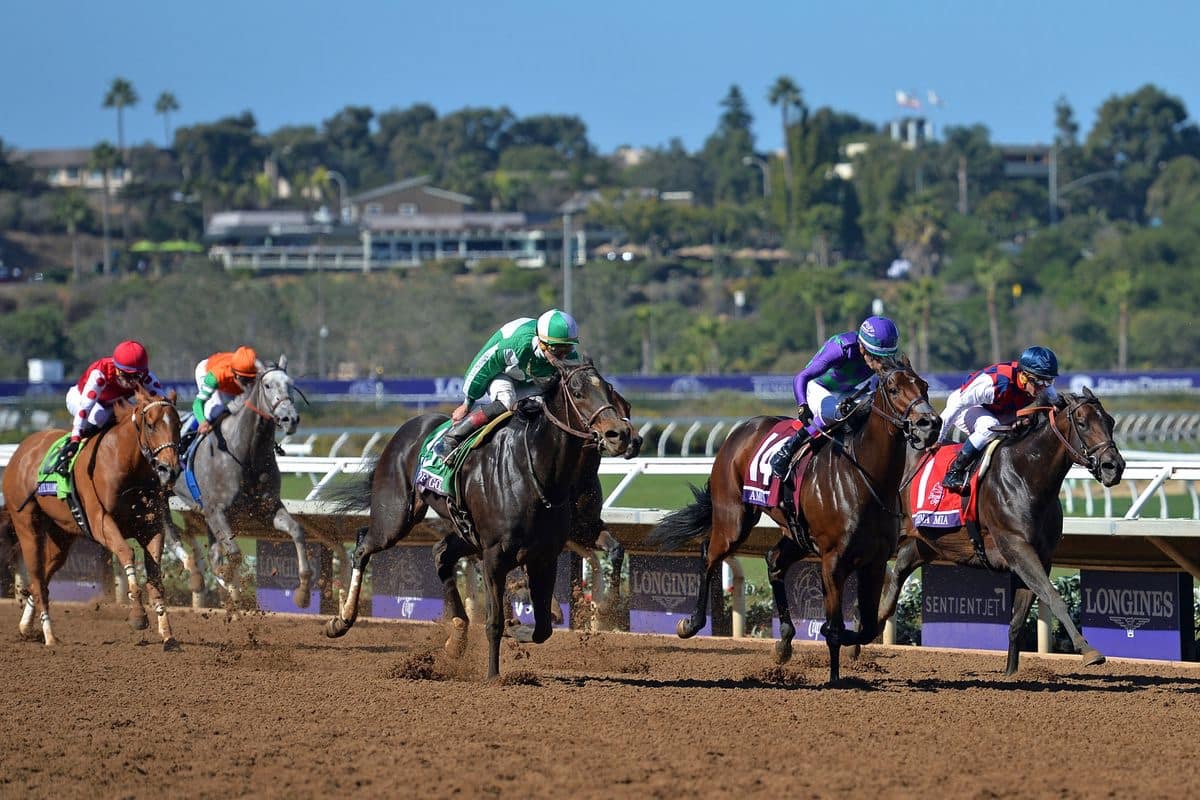